Cardi B Pregnant Again - Check Out Her Baby Bump! - yuetu.info 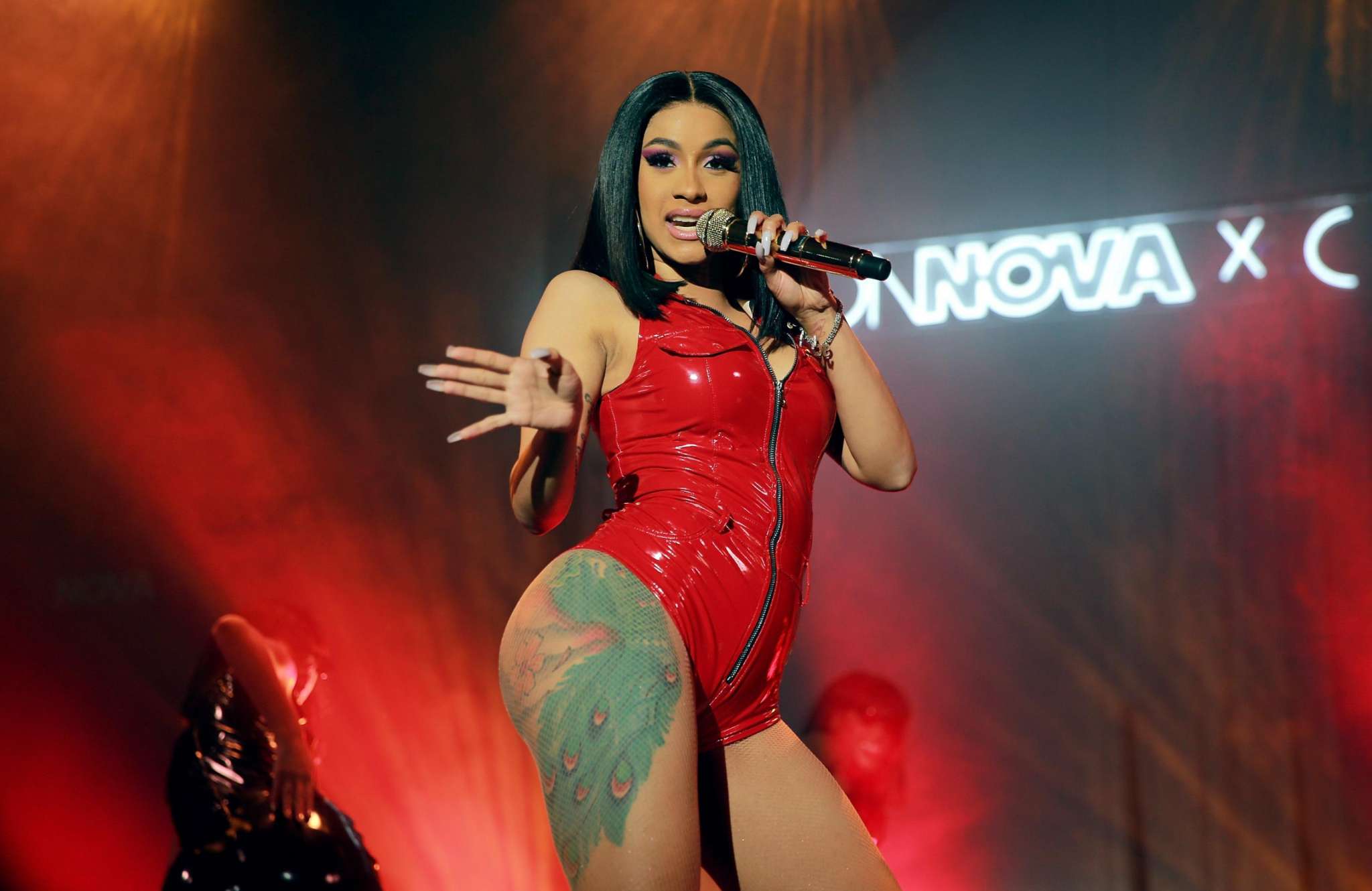 Cardi B is expecting her second addition to the family, and she showed off her baby bump while at the BET Awards! Not too long after the performance, she took to her IG account to confirm that she is indeed pregnant!

Baby Kulture is going to be a big sister soon!

Her 28 year old rapper mom took fans by surprise when she showed up sporting a belly at the BET Awards this weekend!

As Cardi B slayed her live performance of Type Sh*t, her bump was clearly on display, only covered by a mesh while the rest of her body was mostly hidden behind the many crystals on her catsuit that just perfectly framed the belly.

Then, only a few minutes after taking the stage, the female emcee made the news official on her Instagram.

‘#2! @offsetyrn,’ she posted, alongside a heart emoji and a maternity picture that showed her in the nude, with her belly and breasts covered in what looks like paint or maybe a paper mache material.

She also accessorized with a pair of big, gold earrings while her thigh tattoo was also on full display.

Cardi is expecting this second child with her husband and fellow rapper Offset and as you know, the two are also parents to little Kulture.

The two tied the knot in September of 2017, away from the public eye.

As for her first pregnancy, Kardi was long rumoured to be pregnant, the rapper confirming that on camera as well!

It was during yet another performance, on Saturday Night Live, that Cardi put her belly on display for the first time.

Last summer, the parents celebrated Kulture’s second birthday and now, it looks like she’s already getting ready to become a big sis!

At the time, she told her fans on Instagram that her daughter’s birthday was a very emotional milestone: ‘She don’t know how f***ed up in emotions and tears I am today. My baby deada*s turning 2 today.’