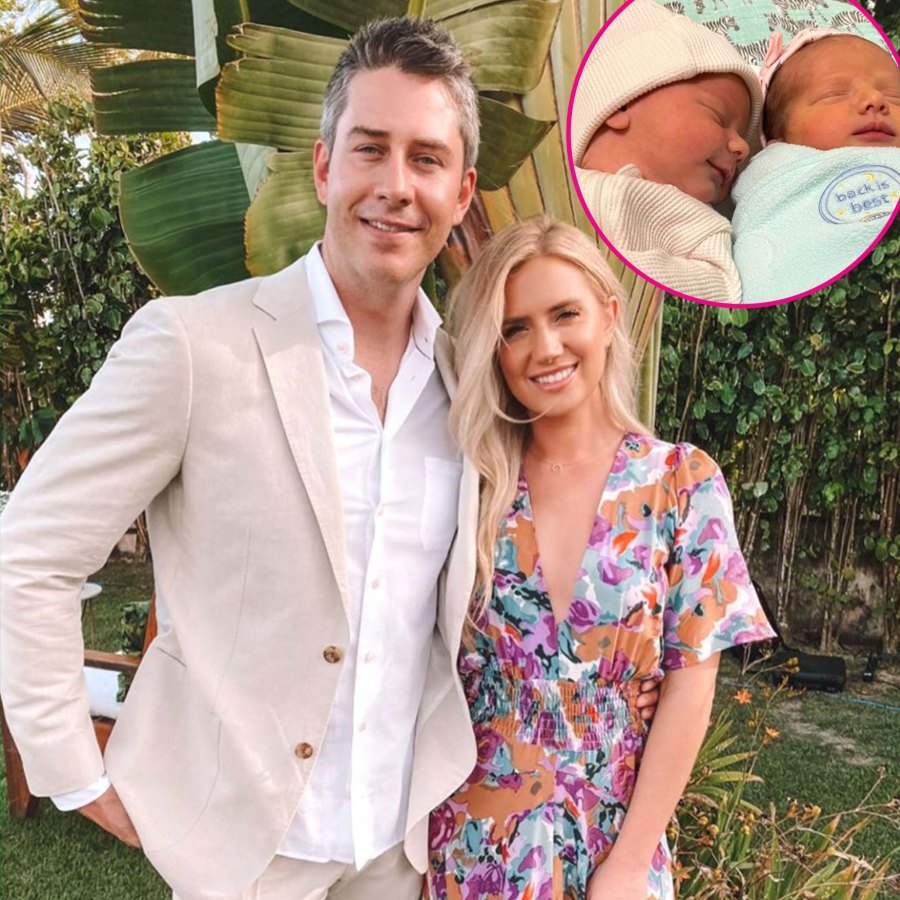 The former Bachelor star could not be any happier to have both of his and Lauren Burnham‘s twin babies at home after the baby girl experienced some health problems! That being said, while they had previously revealed that their baby boy’s name is Lux, Arie Luyendyk Jr. kept the daughter’s moniker under wraps while she remained in the hospital for about a week after birth.

Apparently, the newborn had some breathing problems but nothing too serious.

The doctors, however, wanted to make sure she would be safe so they recommended keeping her in the NICU for a few more days while the twin boy was allowed to go home with his parents.

Then, earlier today, Lauren took to her IG Stories to tell her followers that ‘I’ve got both of my babies home and it was the best day ever!’

Not too long after, the excited parents finally also revealed their new daughter’s name – Senna James!

As mentioned before, this update about the baby comes after the happy parents of three also celebrated Senna’s reunion with the rest of the family.

And since this happened right before Father’s Day, Arie gushed on his own platform that having her at home was the ‘Best early Father’s Day gift!’

He went on to write, alongside a number of pics of him holding the twins in his arms, that: ‘Lauren surprised me this morning when she came home from the hospital with her.’

In the meantime, Lauren got candid about her feelings while the baby girl was away from her, in the hospital.

‘I just felt like I needed to pull back a little bit and have some privacy. I was going through something that was really vulnerable, having our daughter in the NICU and also going through the postpartum period. I took time for myself but she’s officially not in the hospital anymore. I have both my babies home and it was the best day ever…It is a really, really happy day,’ she raved on social media.