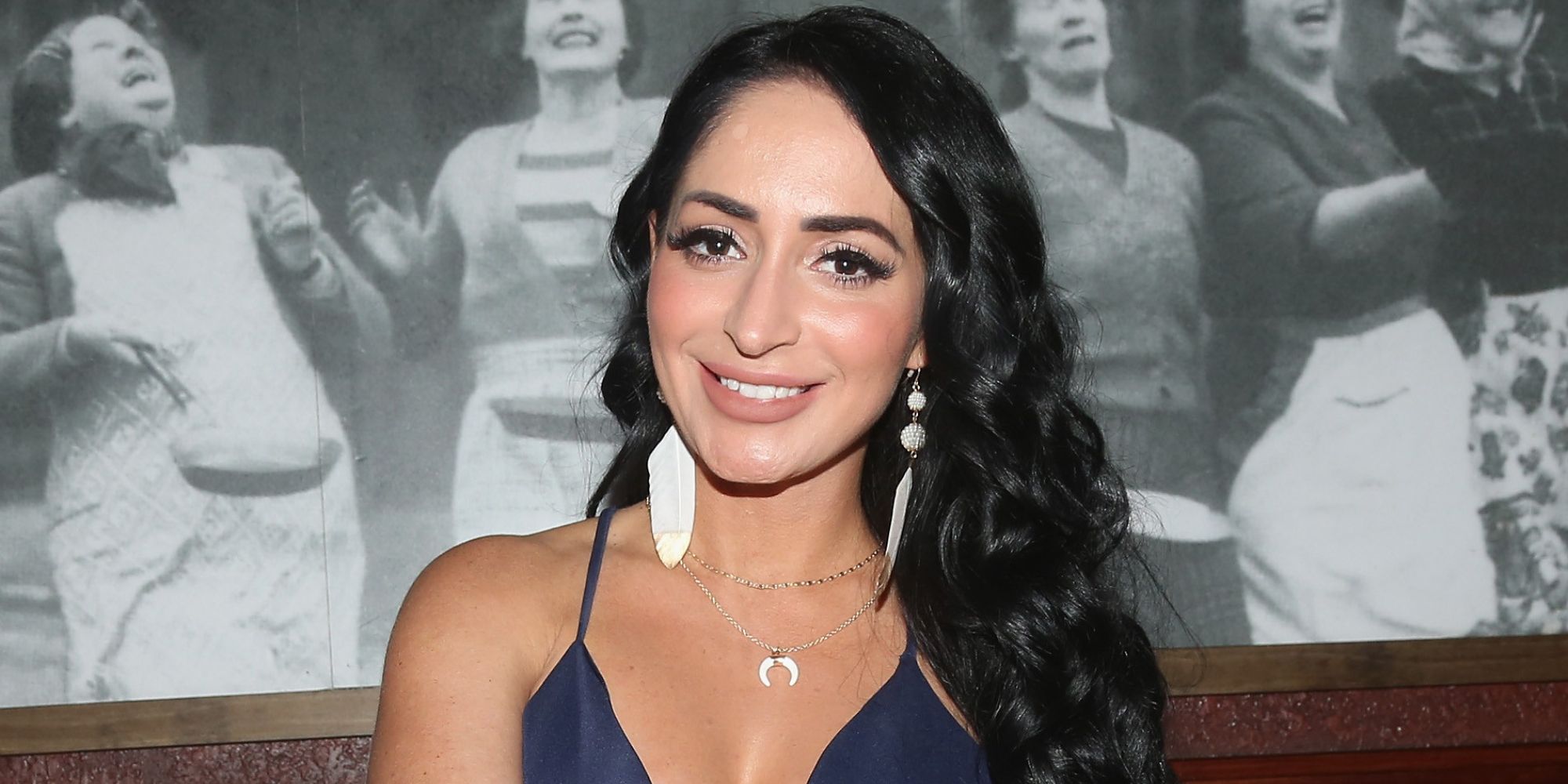 Did Angelina Pivarnick cheat on her husband, Chris Larangeira? In a sneak peek at the latest Jersey Shore episode, Mike Sorrentino, aka The Situation, as well as his wife, Lauren, get quite the shocking news that their close friend and co-star on the reality TV show, Angelina, had supposedly been unfaithful to her husband!

As if things between her and Chris were not already complicated enough, it looks like the situation is about to explode in the episode to come!

Fans have been getting to witness their relationship with all its ups and downs but lately, there really seems to be no other way to go but down.

In the preview, Mike and Lauren get a text from someone that has some serious accusations to make about their friend, Angelina.

While reading the messages, Lauren says that ‘Angelina has been going to her neighbor’s house and she keeps parking in this spot in front of her house and she’s allegedly cheating on her husband with this girl’s neighbor. Angelina’s ‘throwing her garbage and her chicken nuggets everyone outside.’ She says she has video footage of all this on her door camera. She is trying to sell these videos to tabloids and she said Angelina was at her complex even this morning when she left for work.’

These allegations come after Angelina opened up to Mike Sorrentino about her and Chris’ marital struggles.

In fact, last week, the show’s viewers got to witness him moving out of the house they used to share together!

Mike is apparently quite concerned about the claims against Angelina but he made it clear that he is not jumping to any conclusions for now.

‘I’ve been talking to Angelina for a couple of weeks now. She said things were not good with Chris. She said she was filing for divorce. She said Chris was doing his thing. Maybe this is in response to her just getting a divorce and maybe it’s not even a big deal. We don’t even know the validity of this girl, but this could be damaging. If this person is going to TMZ, this could ruin her life.’