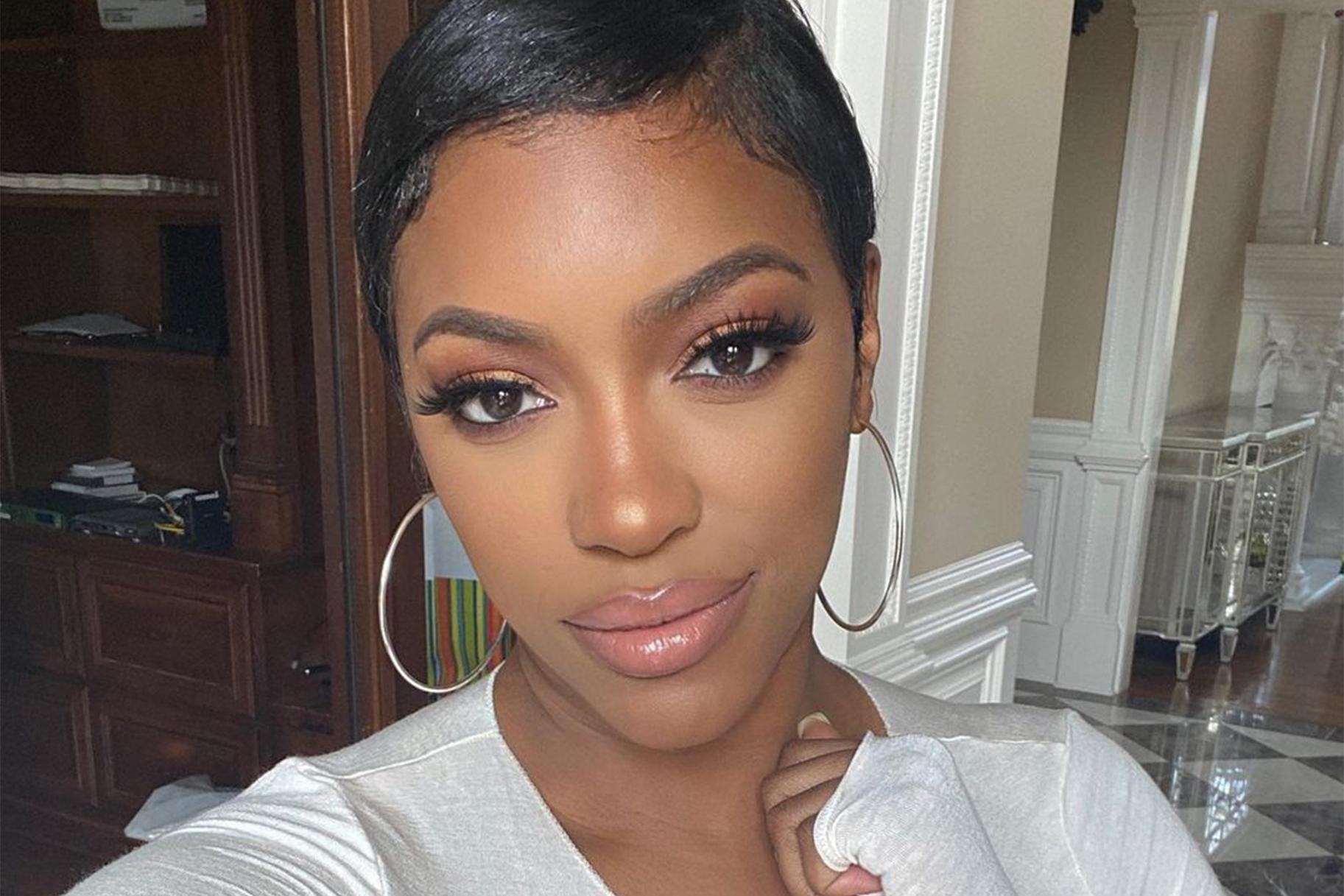 Porsha Williams‘ whirlwind engagement with her fiance, Simon Guobadia, only a month into their relationship and while his divorce is still to be finalized, have led to some social media users starting speculations that the reality TV star might be pregnant and that this is a shotgun wedding!

So is Porsha expecting at this time or not?

The celeb talked about the rumors during a new interview, making it very clear that while her engagement seemed to come from nowhere, it was not a result of her being with child.

While chatting with Dish Nation, Porsha shared that while she is not actually expecting a bundle of joy with Simon, they are actually very happy together.

At some point during the discussion, she also talked about the IG pics she posted not too long ago.

The snaps showed Porsha in a tight, red bodysuit and some thought they saw a tiny baby bump.

In response, Porsha stressed that ‘I am not pregnant. I’m not pregnant, OK? This isn’t a shotgun wedding, No I’m not.’

When the hosts joked that they would be the ones to get Porsha’s baby report first, she playfully shouted ‘NO!’

Previously, Porsha took to her platform to make their relationship official, sharing the engagement news with her fans.

Alongside the pics, she wrote: ‘We got engaged Thursday before Mother’s Day – it was just special. It was really, very special. I did not think anything of it because it was such a moment. Honestly, for real, you know Dennis and myself and also Simon, my fiance, we were sitting there and it was such a magical moment of being grown adults and being mature and just wanting to do the best thing.’

Were you one of the many who were convinced Porsha is having another baby? Do you think she should have one with her current beau?