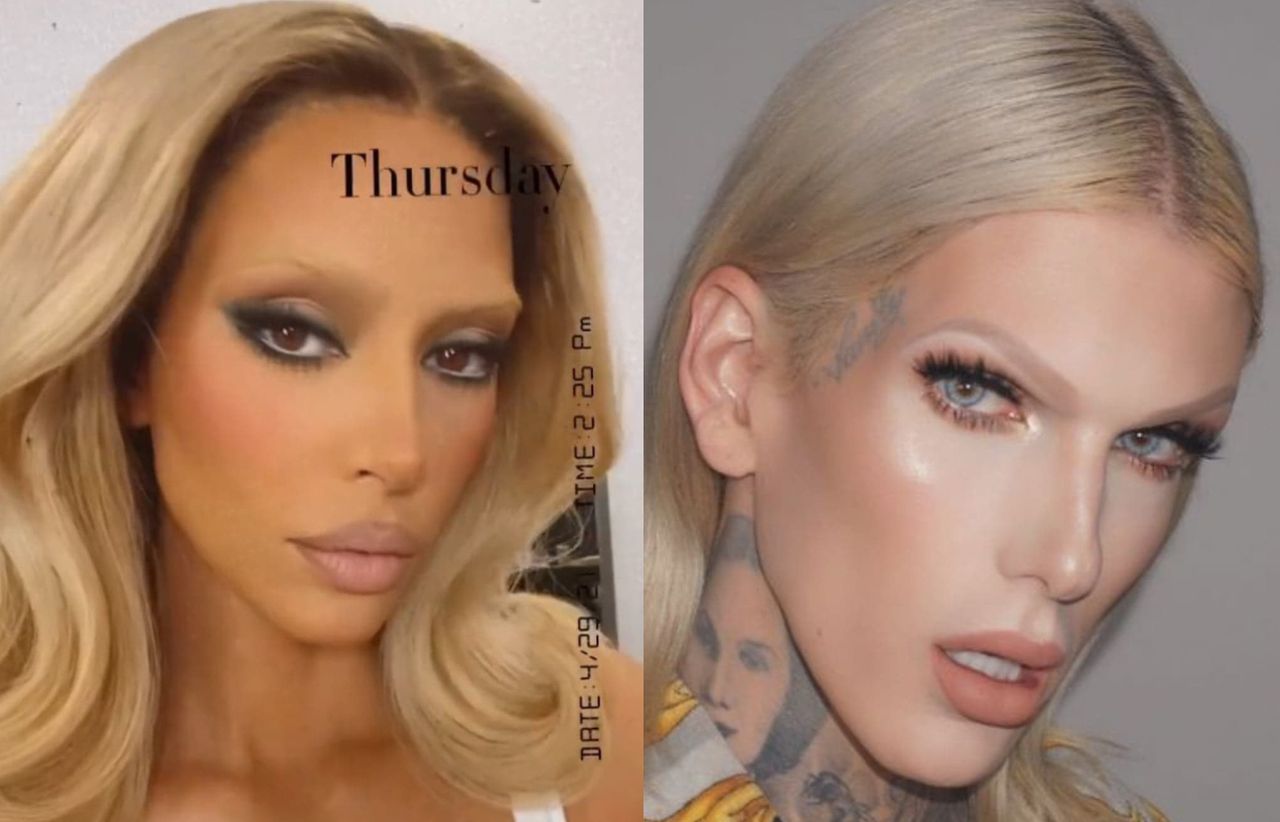 Kim Kardashian loves to change her look, and it isn’t a surprise to see her wear different hairstyles, or recreate famous looks from different eras. She’s embraced various styles for ad campaigns and has been compared to icons such as Cher, Sophia Loren, and Liz Taylor. Her newest campaign had people comparing her to someone completely different — Jeffree Star!

Kim shared a video and photos of herself with bleached blonde eyebrows and platinum blonde hair for a new campaign but it did not impress social media. Immediately, social media sites were full of memes comparing the 40-year-old to Jeffree Star, the popular cosmetics mogul and YouTuber.

Kim wore her signature, dark tresses parted down the middle and bleached blonde. Though it was clear she was wearing a blonde wig, she posted a video of herself with bleach on her eyebrows. There was no question that she bleached her eyebrows for the shoot and some people commented she looked ridiculous.

The comparisons to Jeffree Star were fast and furious and Kim quickly colored in her eyebrows and returned to her dark hair after the look went viral.

Some couldn’t help but bring up the past viral rumor that Kanye West and Jeffree Star had an affair and even hinted that Kim was trying to look like Jeffree in order to get Kanye back!

Before the backlash hit, Kim seemed to like the look. She posted the following on her Instagram stories when she showed off the new look.

So it’s really cute guy, my bleached brows. I’m into it. Can’t wait to show you guys the final look!

Kim may have liked the look but others didn’t.

The next day, Kim posted a photo with her signature dark hair and dark eyebrows, but the Internet isn’t letting her off so easily. Photos and memes comparing the billionaire to Jeffree Star continue to be shared on social media.

What do you think about Kim’s bleached blonde hair and eyebrows? Do you think she looks like Jeffree Star?