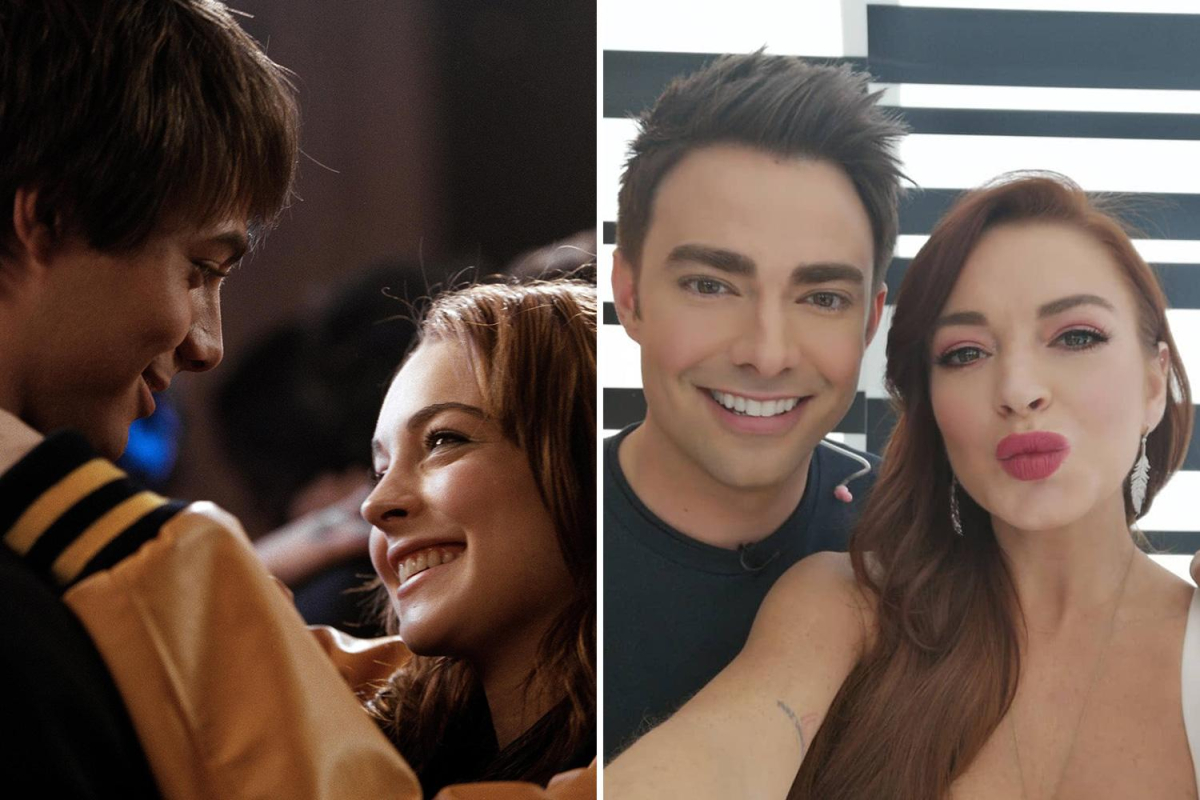 As fans probably know already, Lindsay Lohan is finally back to acting after so many years and now, her former Mean Girls co-star, Jonathan Bennett, has revealed the sweet message he sent her after learning about it!

Lindsay Lohan is going to star in an upcoming Netflix romantic comedy and it appears that not just her fans are excited about it.

Jonathan Bennett is also looking forward to it and he is certain she will ‘shine like a diamond.’

That’s right! After so many years, the Mean Girls co-stars are still close.

So, after the news broke out that Lindsay is part of a Christmas movie set to be released next year and produced by Netflix, Jonathan was quick to slide in her DMs and send her a congratulatory message.

Then, during an interview with HollywoodLife, he revealed that ‘I just DM’d her on Instagram.’

The star went on to reveal what the said DM contains: ‘Congrats, I cannot wait, you are gonna shine like a diamond baby.’

Jonathan also told the news outlet that she replied with: ‘Thanks, love.’ How sweet!

As mentioned before, Lindsay and Jonathan have remained close friends ever since they played romantic interests in the 2004 cult classic, Mean Girls.

In fact, they are so friendly that Jonathan previously made it clear via the same site that he would love nothing more than to have Lohan and her mom, Dina, at his and fiance Jaymes’ wedding next year.

Speaking of the happy couple, they made history not too long ago as the first gay pair to appear on the cover of The Knot.

The two got engaged in November of 2020 and they seem very happy and in love.

Jaymes was the one to propose and he did it in the most romantic way possible – with a self-written song!