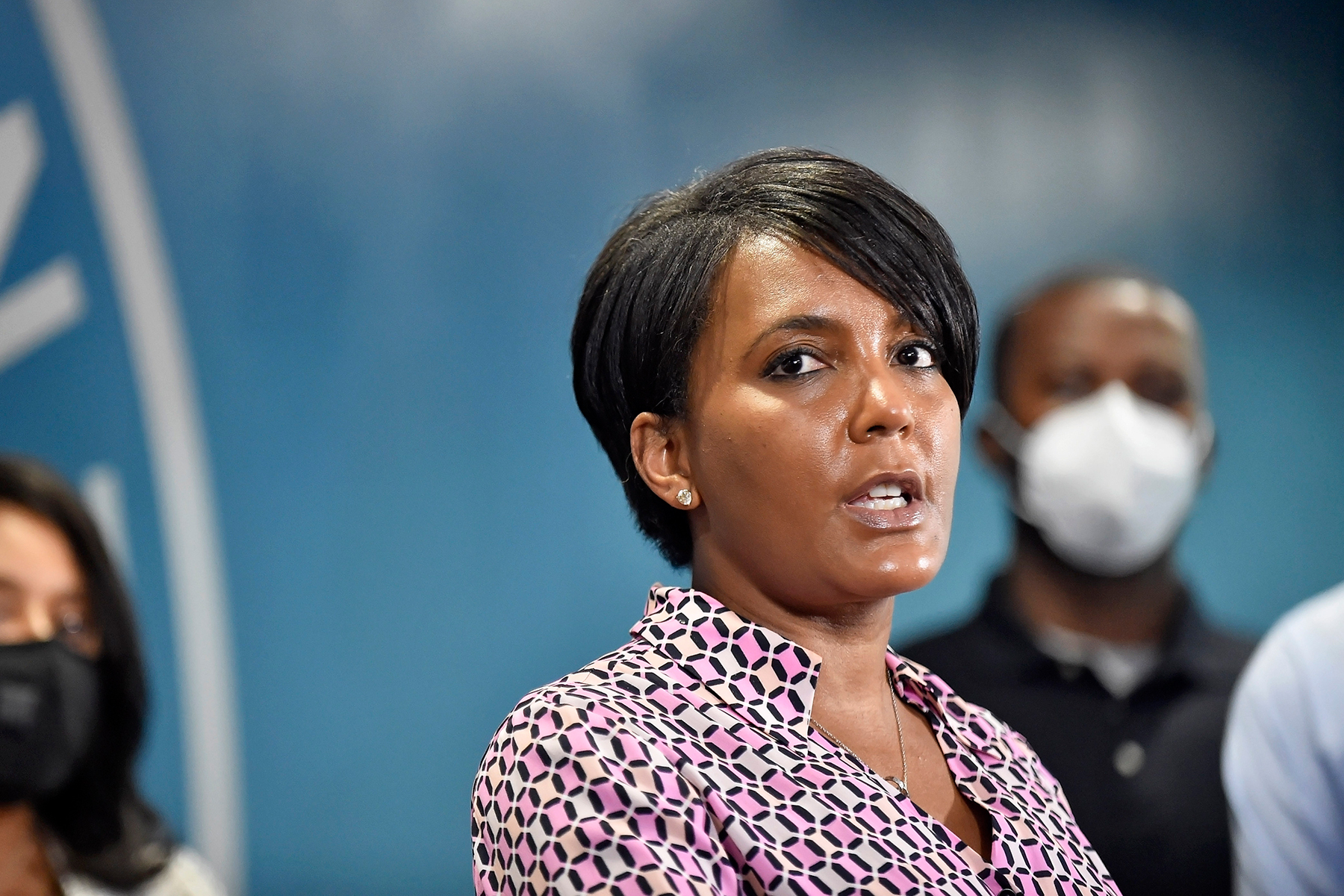 It’s been just revealed that the Atlanta mayor Keisha Lance Bottoms is saying goodbye to politics and will not be running for reelection in 2022.

‘News broke on Thursday evening that Keisha has chosen not to run for reelection in 2022. The announcement was shared by several Atlanta-based media outlets, including @wsbtv (Channel 2 Action News), who confirmed the news with sources close to Keisha,’ TSR notes.

TSR brings up Wsbtv’s report and notes that Keisha shared her decision with supporters during a Thursday evening virtual meeting.

Keisha has reportedly accepted a position with the national pharmacy store chain, Walgreen’s.

‘Mark Winne, an investigative reporter with Channel 2, received details on the move, including that Keisha will finish her current term and that she “loves the city.”‘ TSR writes.

Someone said: ‘Y’all have stressed ole girl out.🥴 She tied 😂’ and a commenter posted this: ‘I don’t blame her honestly. Nobody here listens anyways, and I imagine having to argue with the governor. Ain’t worth it.’

One other follower said: ‘She wasn’t really for black purple anyway. Representation alone won’t get us liberation.’

One other follower said: ‘Find a candidate with the passion like Stacey Abrams and the fire like Nina Turner,’ and a follower said: ‘I really like her, but I know that’s a stressful position to be in.’

A fan said: ‘Sis said one and done. I send prayers over her and her family. 🙏🏾’

Someone else posted this: ‘Baby said “yall mfs crazy let me carry my black asss”😂’ and a commenter said: ‘Cause Y’all stress her tf out!!!’