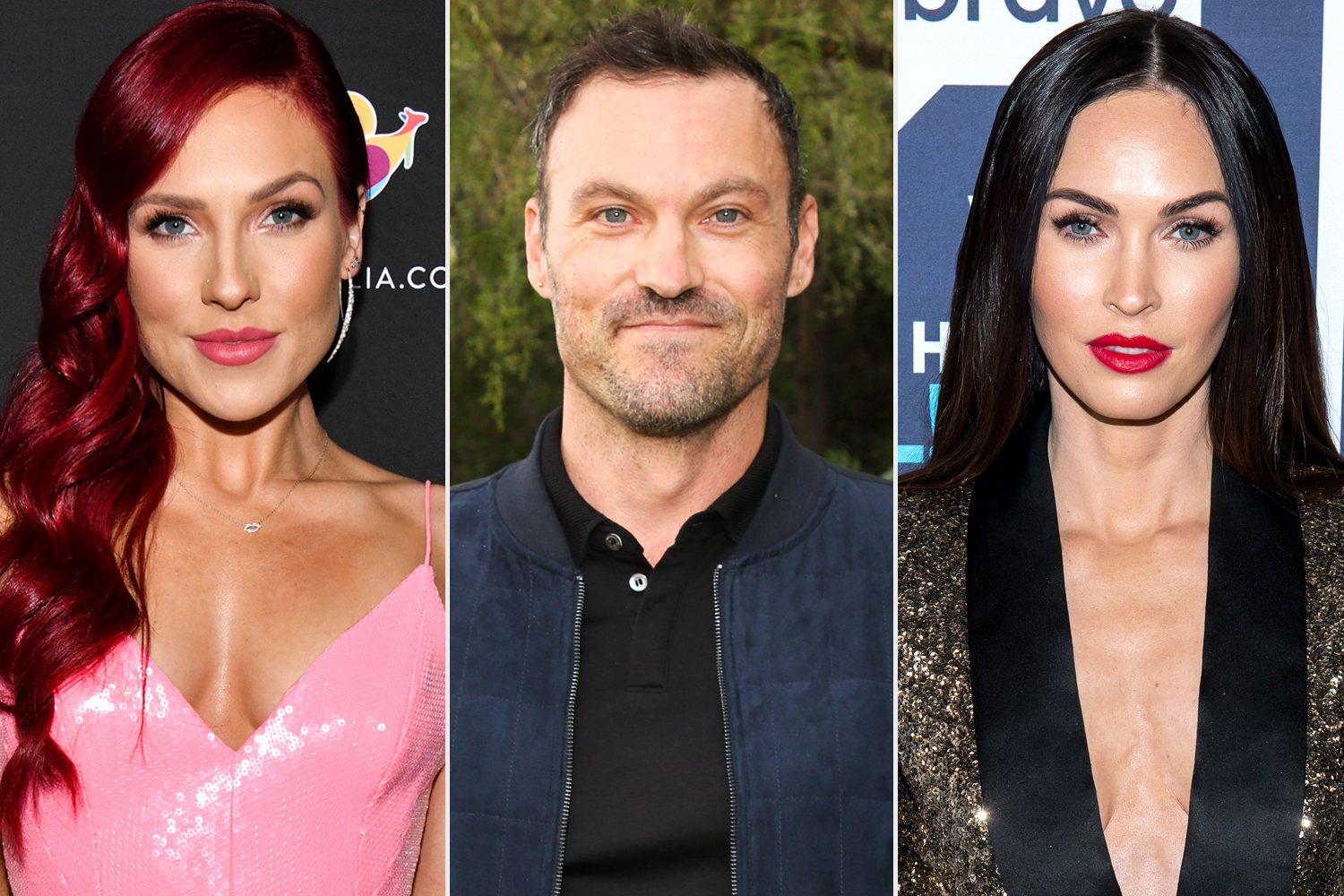 It seems like Sharna Burgess has really helped Brian Austin Green move on from his former wife, actress Megan Fox. One insider report says she is definitely ‘the real deal’ and also that being in his life has even improved his relationship with his ex!

Even though the two only made it Instagram official back in January, it appears that she has already managed to influence him a lot for the better!

One source told HollywoodLife that ‘Having Sharna has enabled Brian to really move on from Megan and improve his relationship with her even. He really has not been this happy in years. His life with Megan was a rollercoaster ride as they’d secretly separate and then get back together for years.’

As fans know, Brian and Megan tied the knot back in 2010 and they share three sons together.

After a decade of being married, they split seemingly for good last year and they have both moved on with different people, the actress currently dating Machine Gun Kelly.

As for Brian, while he was linked to several women in the aftermath of the split, the insider claims Sharna is different and she is not a rebound like the others.

‘He’s the most easy going, relaxed and nicest guy you’ll ever meet. The other women who he spent time with before Sharna were rebounds, but she’s the real deal to him. Sharna has also met Brian‘s kids. They are official and she is spending a lot of time at his place in Malibu. They have been dating a few months and things are definitely getting serious between them.’

But fans already knew about Sharna meeting the boys since back in February, she hinted about it by calling Brian a ‘wonderful dad’ and gushing over how he and Megan raised such ‘beautiful children.’