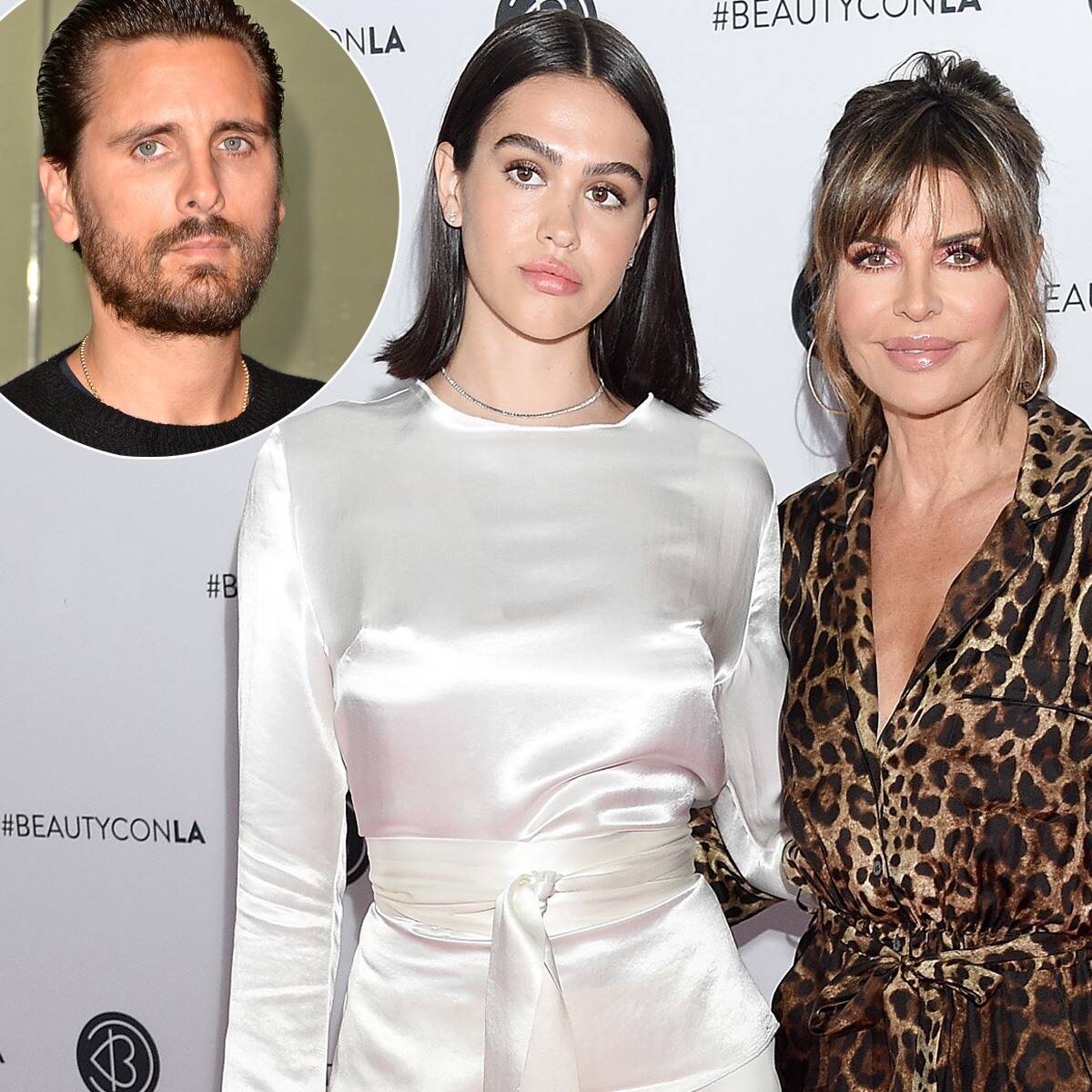 The reality star broke her silence on her daughter Amelia Hamlin dating Scott Disick despite their massive age gap. Check out how Lisa Rinna feels about their romance!

Rinna took to her platform to post a pic on her IG Stories yesterday and it showed her 19 year old daughter and the 37 year old ex of Kourtney Kardashian holding hands during a walk on the beach.

It appears the photo was taken during the couple’s April 4 trip to Miami.

While fans have been well aware that they are dating, this is the very first time that Lisa Rinna is publicly talking about her teenage daughter’s romance with Scott Disick.

The two were first linked last year while at Kendall Jenner’s Halloween party.

Lisa jokingly captioned the pic with: ‘Welp we both seem to share a love of bucket hats.’

She was, of course, talking about the fact that in the snap, Scott was indeed wearing a bucket hat so they have that one in common!

To make that even more obvious, she also posted a side by side comparison that showed Scott and herself wearing bucket hats.

Previously, a source told E! News that Lisa and her husband, Harry Hamlin, were still getting used to Amelia dating Scott.

‘Harry and Lisa were sad to see Amelia and Mercer Wiederhorn split because they loved Mercer. He was like family, but they understand.’

When it comes to Scott, however, the insider insisted that they thought, at least back then, that it’s ‘just a phase’ for their youngest child.

At this point, however, it really feels like they have passed that stage in their relationship.

After all, back in February, Amelia gushed over Scott on her IG, calling him her ‘dream man!’

Do you think they are going to last or are her parents right about their romance being just a phase?