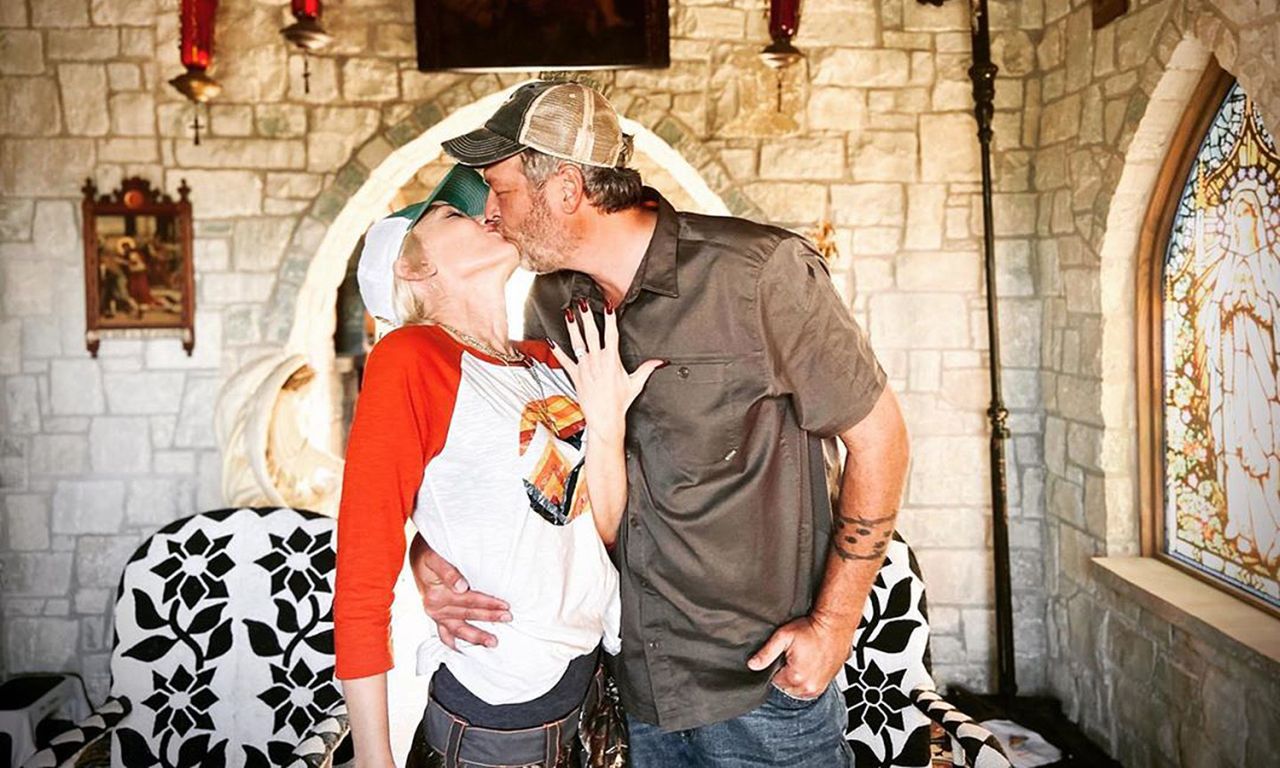 Have Gwen Stefani and Blake Shelton set a wedding date? That’s the question many people are asking because of an upcoming article in the April 19, 2021, issue of Us Weekly. Gwen and Blake won over fans when they fell in love on the set of the NBC reality-competition series The Voice. No one suspected the couple would eventually tie the knot and though they have taken their time with their relationship, the couple went public on Instagram and revealed that Blake proposed to Gwen on October 27, 2020. Their dual engagement announcement went viral and fans have eagerly waited for the couple to set a wedding date.

The COVID-19 pandemic certainly stopped any immediate wedding plans, but Gwen also wanted to make sure that the Catholic Church annulled her 14-year marriage to rocker Gavin Rossdale before saying ‘I do’ to Blake. Now that she has the church’s go-ahead, a source is speaking to Us Weekly and says the couple has finally set a date and Gwen has almost found the perfect wedding gown.

She’s been working with a designer for a while now.

Not only does the source say that Gwen is close to finding the dress of her dreams, but continued to dish that she’s sending out invitations.

Multiple tabloids have reported the couple will hold two weddings: one in Oklahoma at Blake Shelton’s ranch and the second in Los Angeles. At this time, neither Gwen Stefani nor Blake Shelton have publicly discussed their wedding plans or revealed a potential wedding date. The couple hasn’t confirmed Us Weekly’s story either.

As previously reported, sources are also spilling details about Gwen Stefani and Blake Shelton wanting to expand their family with the help of a surrogate so the couple will have their own child together. The source continued speaking to Us Weekly and said this.

They’re both so ready to be married and start the rest of their lives together as husband and wife.

Adam Levine loves Blake Shelton and Gwen Stefani, but the pair won’t get any discounts if they want him to perform at their wedding. 😂 https://t.co/1AO803wp3w

What do you think? Do you believe Blake Shelton and Gwen Stefani are finally going to get married?