Frazzled Hilaria Baldwin Begs Fans To Pray She Sleeps As She Juggles Two Babies At Once - yuetu.info 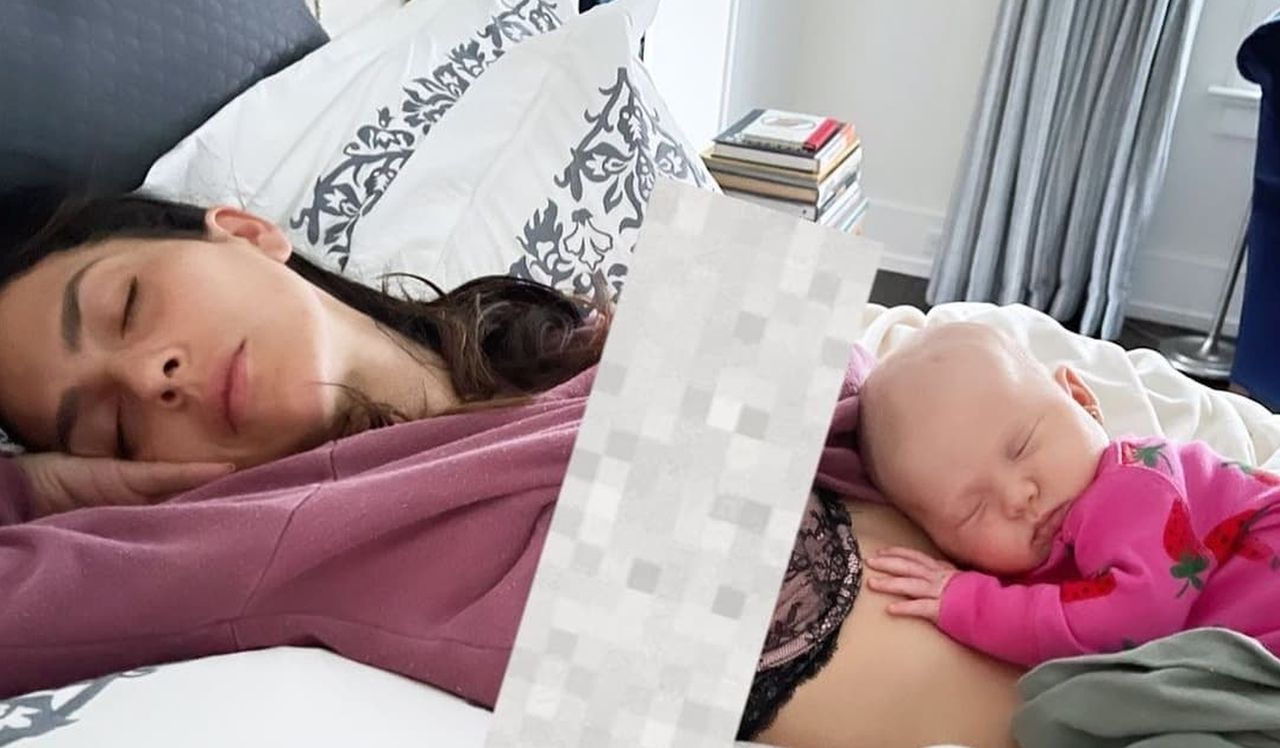 Frazzled Hilaria Baldwin is begging fans to pray that she can get some sleep as she juggles her two infant babies Lucia and Eduardo. Hilaria shocked the nation after being caught up in her Spanish heritage scandal when she not only gave birth to baby Eduardo but welcomed a daughter less than seven months later via a surrogate. Now the mom is trying to juggle six children who are under the age of seven and she and husband Alec Baldwin certainly have their hands full. Rumors and tabloid reports are rampant that the couple is having a terrible time being holed up in the Hamptons with their full house and not everyone thinks their marriage will survive all the recent stressors. If Hilaria’s recent Instagram posts are any sign, a lack of sleep certainly isn’t helping matters.

There’s no question that Hilaria has a handle on tandem breastfeeding as she frequently shares photos and videos of herself breastfeeding both Lucia and Eduardo. The two are growing up like Irish twins and are often pictured sleeping in the same bed or crib where they snuggle together. Things are a bit trickier for Hilaria. Hilaria shared a photo of herself nursing both babies and captioned the picture with: ‘Pray that they sleep.’ Though Hilaria looked gorgeous as usual, her eyes certainly appeared tired and she clearly has her hands full.

Lucky for the 37-year-old, she has Alec to help who has proved he is a hands-on-dad. Hilaria shared a photo of Alec Baldwin helping put baby Lucia to sleep. Unfortunately, it didn’t seem to work and Hilaria and Alec have been suffering from one too many sleepless nights.

Check out the photo of a tired, multi-tasking Hilaria Baldwin below. 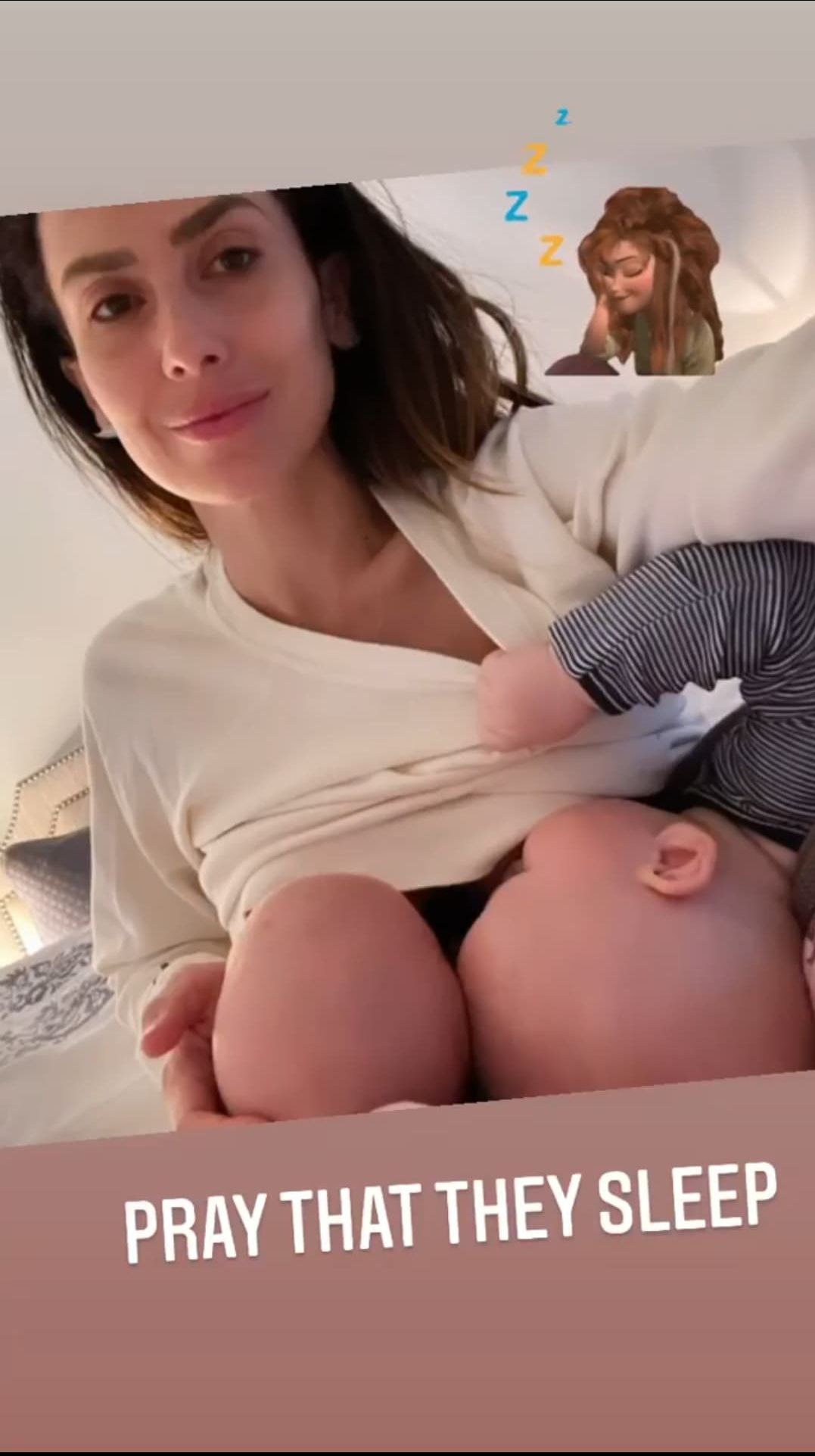 You may see a photo of Alec Baldwin rocking his baby daughter Lucia to sleep below. 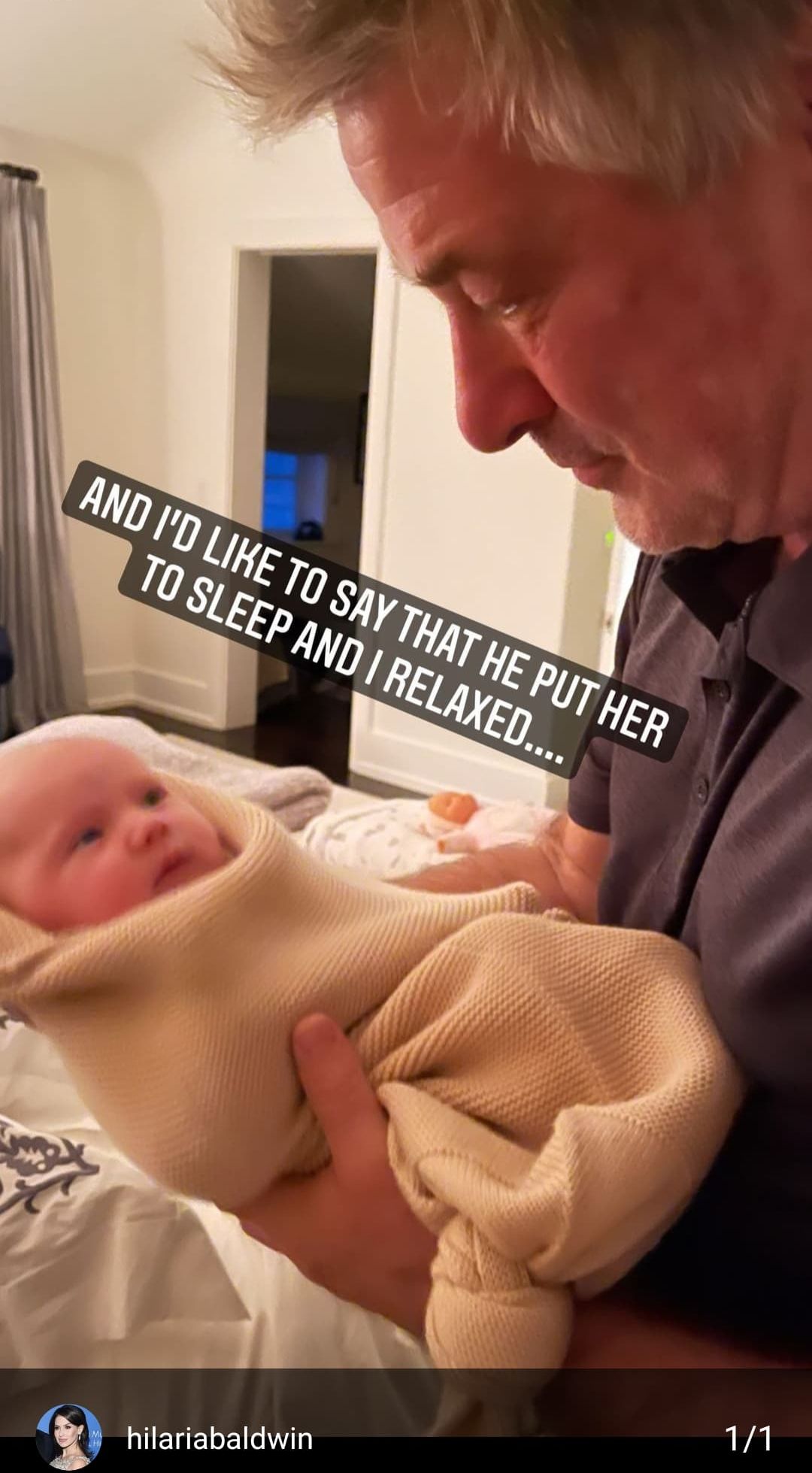 What do you think about Hilaria Baldwin’s recent Instagram posts? Can you relate to needing sleep so badly you ask people to pray for you?