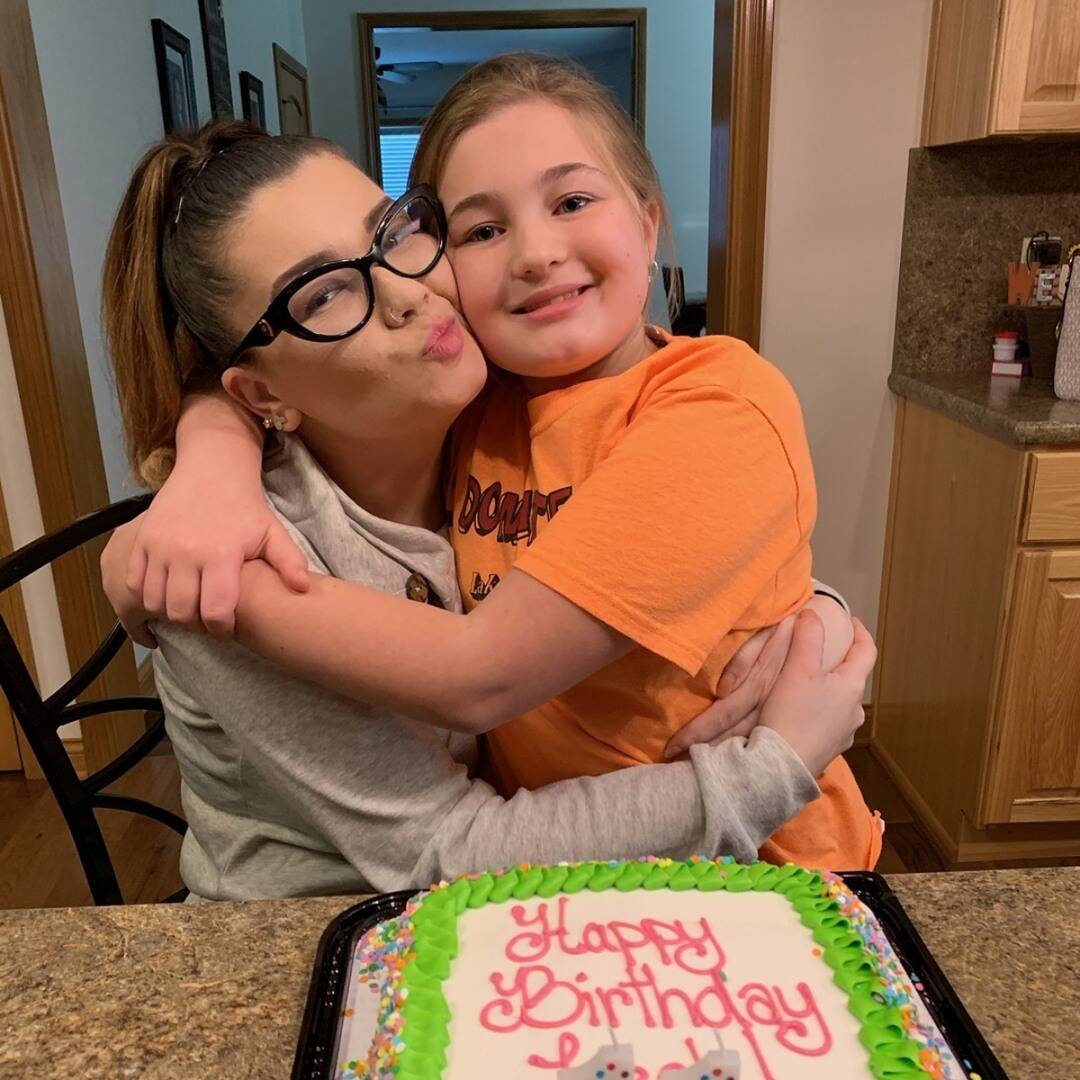 After the March 30 episode of Teen Mom, in which her strained relationship with her daughter was highlighted, Amber Portwood promised Leah that she would do her best to make things right between them. As you might know, there was some serious drama regarding the 12 year old’s birthday but on Easter, the reality TV star sent the pre-teen a message, trying to make peace.

Amber posted a selfie of her and Leah, who she co-parents with her ex, Gary Shirley.

Alongside the pic, she wrote: ‘I know you’re going through a lot and there are many things that I need to do to make things right. However, I’ll always love you, my beautiful daughter. Love you and Happy Easter.’

As for the episode of Teen Mom, fans learned more about where Leah stands when it comes to her mother.

While chatting with her dad, she made it clear she would rather not have Amber at her birthday party.

The 12 year old explained: ‘We don’t really have a bond like that. 12 years and she has not really done anything. That has kind of been, like, Kristina’s spot.’

She was, of course, referring to Gary’s current wife.

But while Gary ended up convincing Leah that inviting her mom was the right thing to do, Amber chose to skip her daughter’s celebration anyway, saying that she would prefer celebrating it separately and away from cameras later on.

With Leah's birthday approaching, @AmberLPortwood hopes she and her daughter can get back on track on tonight's #TeenMomOG. 🙏 pic.twitter.com/yIPAEuc0VL

While the episode was airing, Amber would live tweet and it became clear that she blamed Kristina for her strained relationship with her daughter, even calling the other woman a ‘homewrecker!’