Woody Allen Had No Explanation For His 20 Minute Absence During Which Dylan Farrow Alleged He Sexually Assaulted Her - yuetu.info 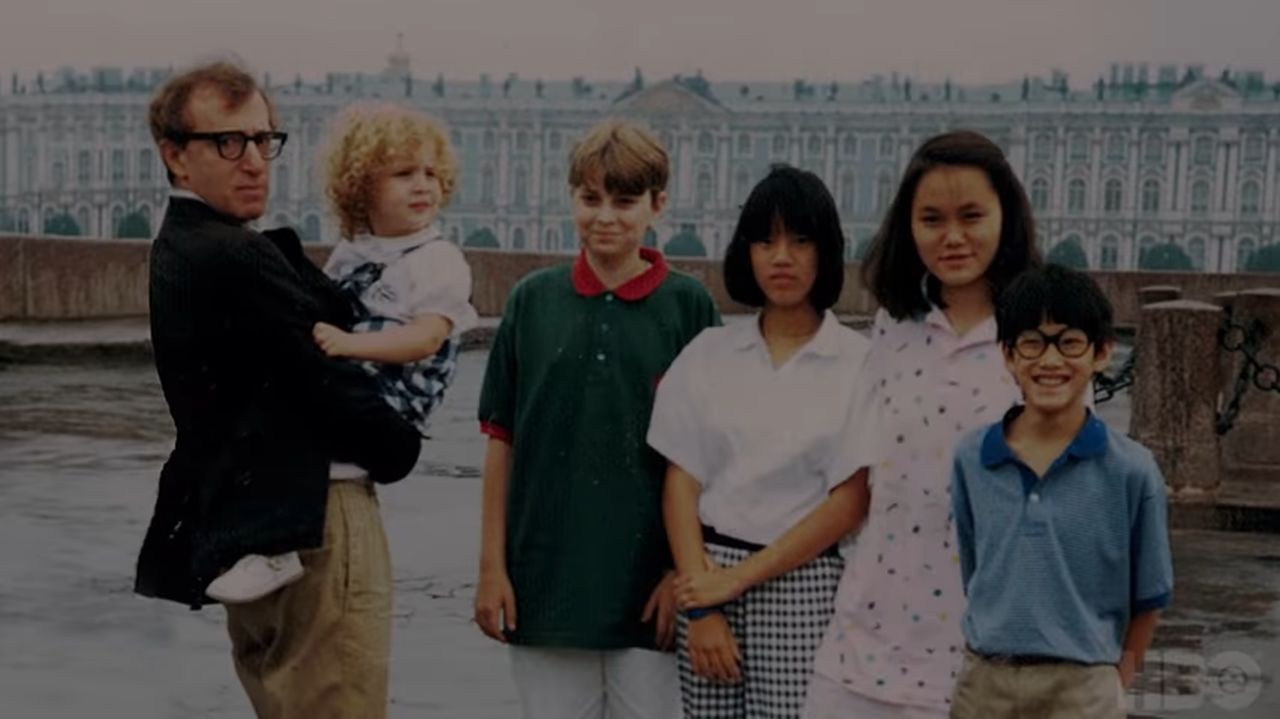 Woody Allen had no explanation for his 20-minute absence during which his adopted daughter, Dylan Farrow, alleged he sexually assaulted her when she was seven-years-old. The HBO docuseries Allen v. Farrow is on its third episode and the show took a closer look at the evidence presented during the trial. It also showed that Woody Allen’s sexual abuse case was handled in a manner that was different from other abuse cases.

During the second episode, Mia Farrow revealed that she taped phonecalls with Woody Allen, and it was also made clear he was recording her. In one of those taped phone calls, Mia Farrow asked Woody repeatedly where he was during that 20 minute time period that Dylan Farrow says he sexually abuser her. Woody Allen never denied accusations he was gone with Dylan for an extended length of time.

You may see a preview from the episode below.

The episode addressed what transpired during Woody Allen’s court case against Mia Farrow. After the sexual abuse investigation was launched, Woody Allen responded by filing for custody of the children Mia Farrow shared with him: Dylan, Satchel (Ronan) Farrow, and Moses Farrow. The program showed a drawing featuring Woody Allen and his attorney addressing the court.

No… I was not allowed to be alone with her. I was always in the presence of other people. I was never alone for any substantial amount of time.

However, there were three witnesses who testified during the trial they searched for Woody Allen and Dylan Farrow for approximately 20 minutes on the day in question. Dylan Farrow later told her mother, Mia Farrow, that Woody Allen had taken her into the attic and there sexually abused her.

Kristi Groteke, who was Dylan Farrow’s babysitter was in the home when Mia was out. She is one of three people who searched for Dylan and Woody and testified to this in court.

Dylan Farrow’s tutor, Sophie Berge, also stated that she was at the home on August 4, 1992, and was outside with the remaining children. She testified Dylan was not with them during the time frame of approximately twenty minutes when Kristi was searching for both Dylan and Woody.

Alison Strickland, who was another babysitter at the house, testified that she witnessed Woody Allen with his head in Dylan Farrow’s lap in the family’s television room. She stated the following on the stand.

“Mr. Allen was on his knees in front of Dylan with his head in her lap.”

She was then asked: ‘Where was he facing?’

To which Alison Strickland replied, “Her, straight ahead.”

According to the HBO documentary Allen v. Farrow, Alison clarified to the court that his head was facing her crotch.

In Allen v. Farrow Season 1, Episode 3 at the 14:05 minute mark, Mia Farrow plays the recording of a taped phone call she had with Woody Allen.

Though Mia would have chosen her words carefully, knowing she was taping Woody (and likewise as Woody indirectly indicated he had taped Mia as well), it was Woody Allen’s response to the question of his 20-minute disappearance with Dylan that is troublesome for his defense and doesn’t line up with his court testimony.

Mia Farrow stated the following during the taped conversation.

If I have a shred of belief left in you, then help me now. Tell me where you were for those 20 minutes.

Woody Allen stated this response, “That will all be (inaudible).”

Mia continued,” But why can’t you just tell me now?”

To which Woody Allen replied, “It will all be (inaudible.) All the details from when the time comes…”

Woody then said again, “All the details when the time comes, and the truth will come out.”

Mia Farrow continued to press the issue, “Woody, just tell me where you were. People scoured the house. Every single room was searched. You could help me a lot.”

Woody continued with his response, “(inaudible) all about that eventually, all…”

Mia Farrow pushed again, “Why don’t you just tell me?”

Woody Allen, ” (inaudible) all about it.”

It seems plausible that if Woody Allen hadn’t disappeared with Dylan Farrow for 20 minutes, he would have simply said so to Mia. If someone is being falsely accused of sexual abuse, their first line of defense would be to prove where they were during the alleged incident. If Dylan Farrow had made up the story or wasn’t in touch with reality (as some suggested) then she wouldn’t have disappeared with Woody Allen for 20 minutes. It never would have happened, especially since he told the court that he was never alone with Dylan.

In court, when asked if he had been alone with Dylan Farrow, he stated he wasn’t. Yet, when Mia Farrow repeatedly asked him on the phone where he was for the 20 minutes that Dylan Farrow alleged he was in the attic sexually abusing her, he never once offered an explanation to disprove the disappearance or provide proof of where he was.

In his own words, when repeatedly asked where he was for those 20 minutes, he never once suggested that he and Dylan were in the presence of other people the entire time he was there.

In fact, just the opposite. He danced around the subject, never answered Mia, and then simply told the court that he was always in the presence of other people — four witnesses stated otherwise: Kristi Groteke, Sophie Berge, Allison Strickland, and Dylan Farrow.

Are you watching Allen v. Farrow? What do you think about the docuseries?