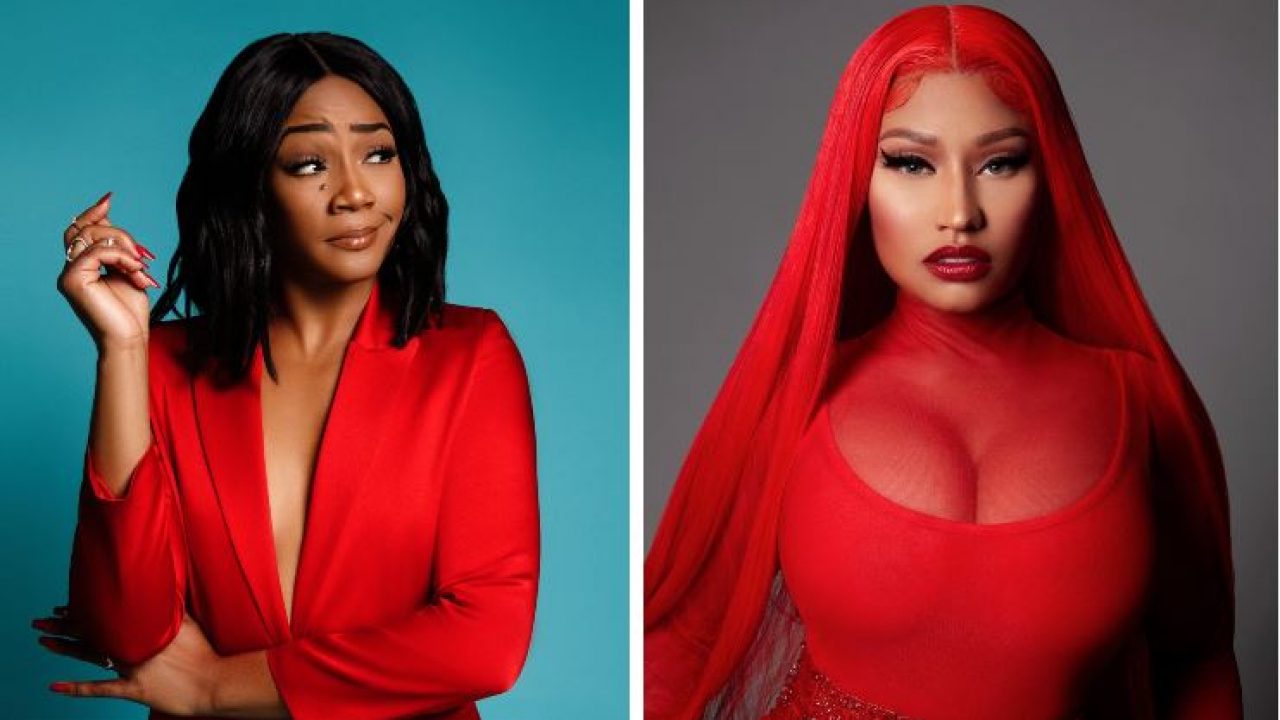 During a Clubhouse chat, Tiffany Haddish threw some shade at none other than Nicki Minaj! Check out what the comedian had to say!

It really sounds like the actress is not a fan of the rapper!

While part of a recorded chat on app Clubhouse, Tiffany Haddish made her feelings known when one fan compared her to Nicki Minaj.

The person definitely meant it as a compliment but Tiffany did not have any of it.

The fan raved that she was the ‘Nicki Minaj of comedy right now’ another voice arguing that Tiffany is actually better than Nicki because she ‘shows up on time!’

Hearing this, the comedian not only did not disagree but she also added that: ‘And unlike Nicki, I treat everyone with respect and dignity.’ Yikes!

She held nothing back, obviously, but fans know that this is not the first time the two have a public conflict.

In 2018, at the VMAs, Tiffany joked about Fifth Harmony in her opening monologue and then, a few months after, while Nicki was accepting an award, she warned Tiffany in her speech not to come ‘for Fifth Harmony, because Normani is that b***h.’

At this point in time, Nicki is yet to clap back to the recent shade but fans have been definitely doing that in her place!

Many have taken to their platforms to slam Tiffany.

‘If we being completely honest I’ve laughed harder at Nicki bars than anything Tiffany ever said. Nicki Minaj funny af. You understand me?’ one tweeted.

A post shared by The Neighborhood Talk, LLC (@theneighborhoodtalk)

Another went on to warn Tiffany that they are all getting ready to come for her Avengers: Endgame style!

Nicki’s fans are well known for being very loyal and fierce but it’s not likely that anything they say will really affect Tiffany since she’s been in the game for a long time and is used to hateful comments.