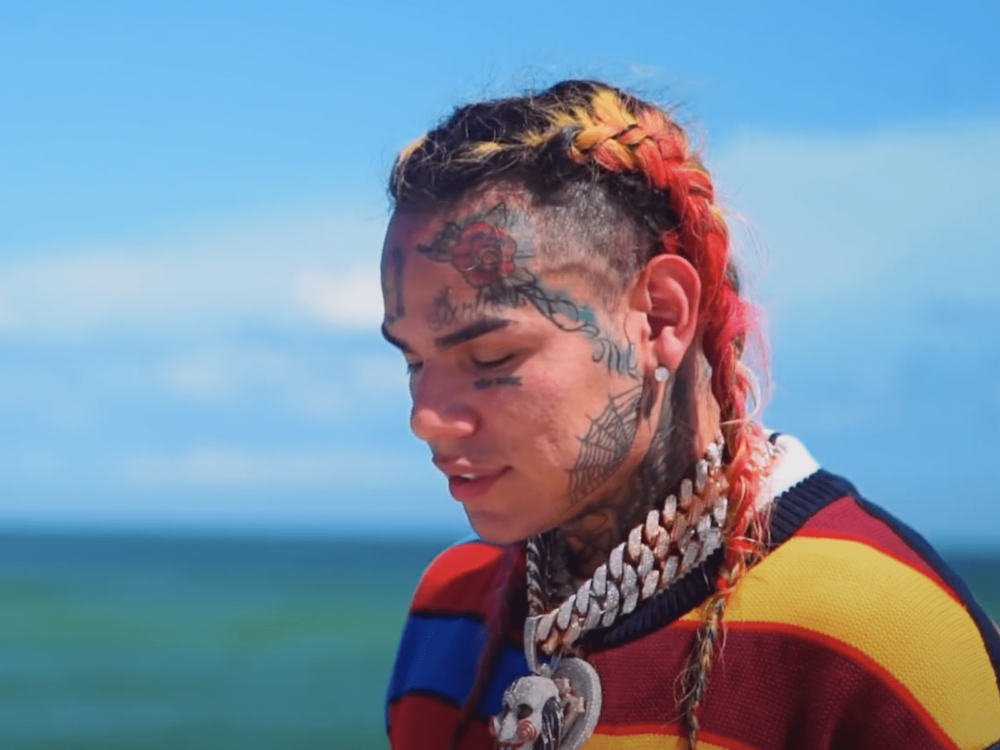 According to a report from Hot New Hip Hop this weekend, Tekashi 6ix9ine took aim at one of the biggest names in the rap game right now, Pooh Shiesty. Shiesty came forward recently with an IG Story in which he appeared to allude to 6ix9ine.

The rapper, who just came off the hit, “Back to Blood,” on which he rapped alongside Lil’ Durk, wrote a message on his Stories saying how there were “only two types of rats” in the world, and a person didn’t need to speak to the police to be one either.

Hot New Hip Hop says Tekashi 6ix9ine then responded by leaving a number of hateful comments on Pooh Shiesty’s Instagram post related to the death of one of his family members.

As everyone knows now, this wouldn’t be the first time Tekashi 6ix9ine has found himself sparring with other rappers. The star was in the headlines not that long ago when he posted a picture of himself wearing a t-shirt with King Von on it.

King Von was shot and killed in Atlanta last year, a death that shook the rap scene particularly hard. Lil Durk, as well, who was great friends with King Von up until his death, has feuded with Tekashi repeatedly ever since he got out of prison.

Additionally, Tekashi really ramped things up when he used Pooh Shiesty’s lyrics to mock King Von’s death yet again. This part of the reason why he and Meek Mill nearly came to blows outside of a nightclub last month, although, Meek and 6ix9ine have feuded for months for reasons unrelated to King Von.

Some of the other rappers 6ix9ine has feuded with include Snoop Dogg, whom the NYC artist referred to when he was talking about the way rappers are lying about snitches and rats. Hernandez, who goes by the name Tekashi 6ix9ine, accused Snoop Dogg of ratting out Suge Knight which led to his imprisonment.

Suge Knight, the co-founder of Death Row Records, has been behind bars since 2018 when he pleaded no contest to a hit and run that put him in prison for what looks like is going to be the rest of his life.