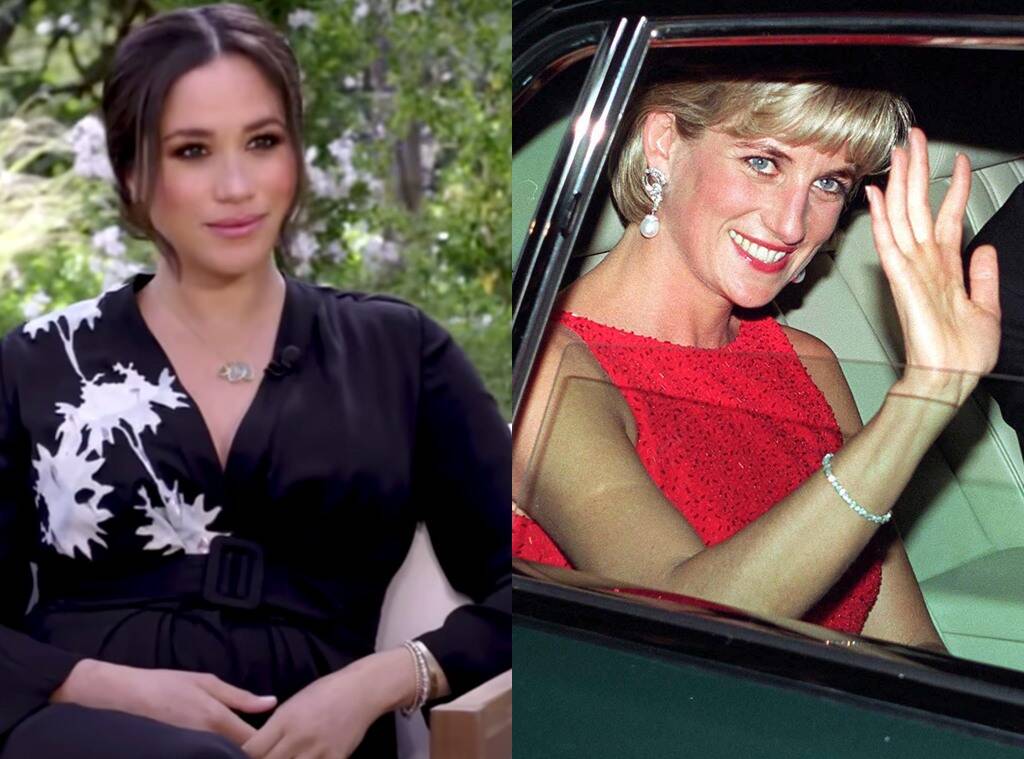 Prince Harry and Meghan Markle often honor his late mom, Princess Diana every chance they get and their interview with Oprah Winfrey was no exception! Fans of the two could not help but notice the former actress’ subtle nod to Lady Di in the new teaser for the full interview that is yet to air!

More precisely, it was an accessory that caught their attention!

As it turns out, Meghan was wearing one of Princess Diana’s bracelets, the same one that Harry actually took two stones from in order to make her engagement ring!

One insider told E! News that the bracelet was on her wrist on purpose during the tell-all, as the pair really wanted to feel like his mother was there with them during the deeply personal chat with Oprah.

Furthermore, Harry also references her passing in the sneak peek for the interview, by saying that before leaving the royal family, his biggest concern was ‘history repeating itself’ with Meghan.

It’s a well-known fact that Princess Diana’s tragic accident was caused by the paparazzi chasing her on the road.

With that being said, the British press has not been any kinder to Meghan, which is why Harry’s been so worried about her safety.

‘You know for me, I am just relieved and so happy to be sitting right here talking to you with my wife by my side. Because I cannot imagine what it must’ve been like for her going through this same process by herself all those years ago,’ Harry tells Oprah, referring to his mom.

Previously, Meghan and Harry announced their exit from the Royal Family, giving up their titles for a different life in the U.S.

In the meantime, they’ve moved to Southern California with their son Archie and are now expecting again.