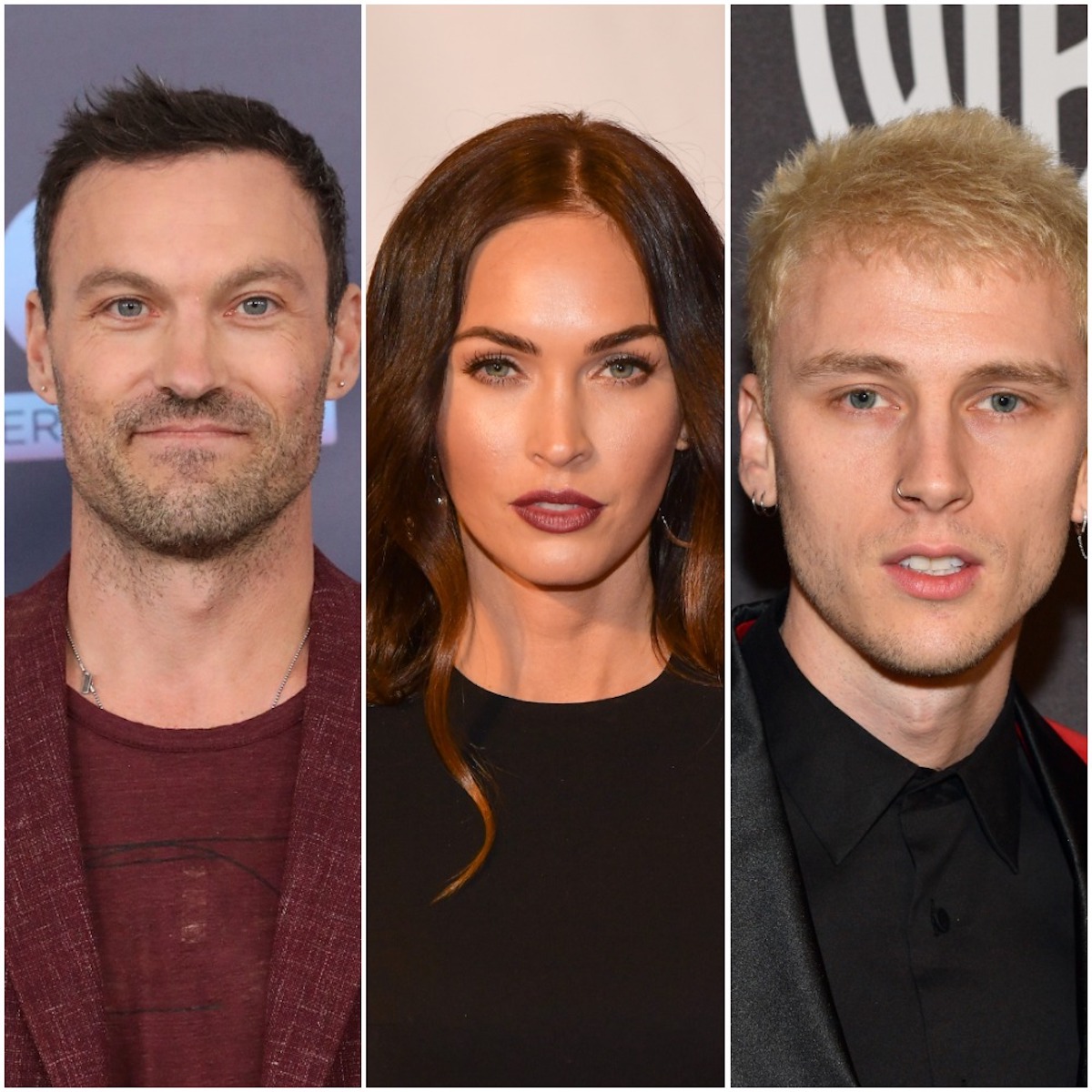 According to some reports, Machine Gun Kelly and Brian Austin Green have a really good relationship and there is no bitterness between them. Apparently, the two men have hung out together with Brian and Megan Fox‘s three kids!

Despite the fact that Brian Austin Green, and Megan Fox are no longer a couple, they are still co-parents which means they will always be in each other’s lives!

With that being said, MGK also entered their world when he and the actress started dating so it makes sense that the two men’s paths have crossed.

He has apparently been getting to know the three boys Megan shares with Brian and he’s been fitting in perfectly.

One insider told HollywoodLife that ‘Machine Gun Kelly and Brian Austin Green have spent time quite a decent amount of time together with the kids. They’ve gotten along great. They are not best friends or anything, but they are very cordial and respectful of one another. There have been no problems at all. It seems like everyone is really starting to get on board and to blend their families and the guys have been such an integral part of this. There is no drama whatsoever.’

At the same time, MGK and Megan Fox’s romance seems to be getting more and more serious, even though it was pretty intense and passionate from the very beginning.

As you might remember, both of them suggested before that it was love at first sight and MGK even stated that he’s never really known love before meeting Fox!

The rapper also has a daughter named Casie and Megan has met her as well, as the two become a blended family.

Another source told the same outlet that ‘It happened within recent months, and it went really great. [They] seem to wish to elevate things to the next level at some point. They do not do anything without the other these days. They are that connected.’