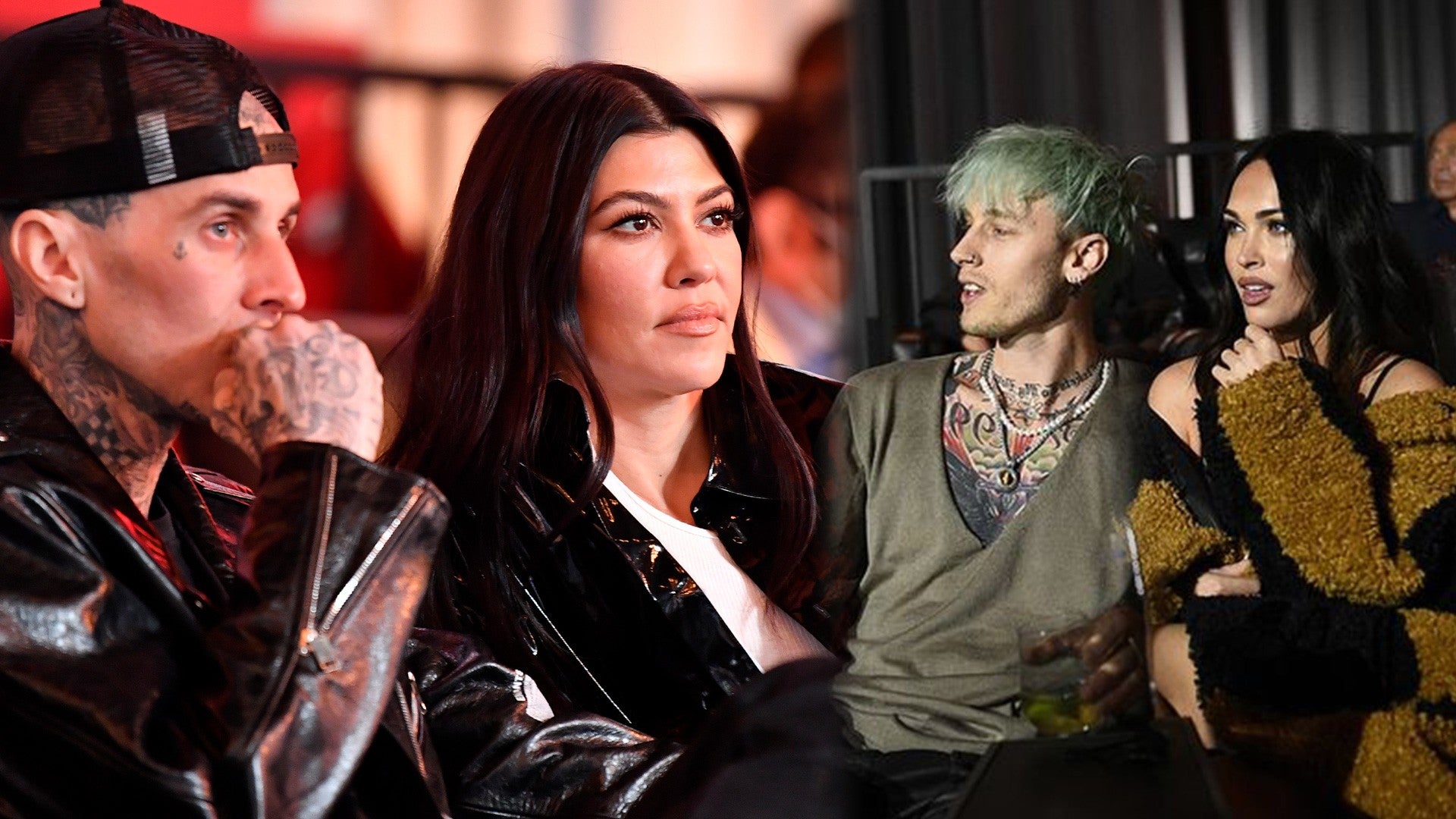 Kourtney Kardashian and her beau, Travis Barker, have been enjoying each other’s company as expected since they are a couple! However, the two of them also like to spend time with another pair – Megan Fox and Machine Gun Kelly!

Here’s why these four go on double dates together!

Kourt, Travis, Megan and MGK were seen at UFC 260 in Las Vegas, the two couples having the time of their lives in the VIP section at the event.

But while that made many headlines, it turns out that it was not their first time on a double date!

One insider told HollywoodLife that ‘This was not the first time Kourtney and Travis have hung out with Megan and Colson. Colson is over at Travis’s house a lot and Megan is usually with him, so Kourtney has gotten to know both of them through Travis and they’ve all become friends now.’

At the UFC event, the camera went to he VIP section between fights and revealed the four stars.

This caused many fans to freak out over seeing them together but the source assures everyone that it was not the first time they meet up.

Instead, they have been keeping things under wraps until now, this being their first big public spotting.

MGK, Megan Fox, Travis Barker and Kourtney Kardashian in the house for #UFC260 🙌

But a second insider revealed that they will see much more of the two couples hanging out together in the future.

‘They do dinners at home or hang out in the studio all together. It’s cute because they’re both in such happy relationships. so it’s very lovey dovey. They all have the same interests and love living life. They are legitimately all friends with each other. We are going to see them all out together plenty of times in the future, start getting used to it. They are all in love and that in itself is a fun and nice thing to share with each other.’