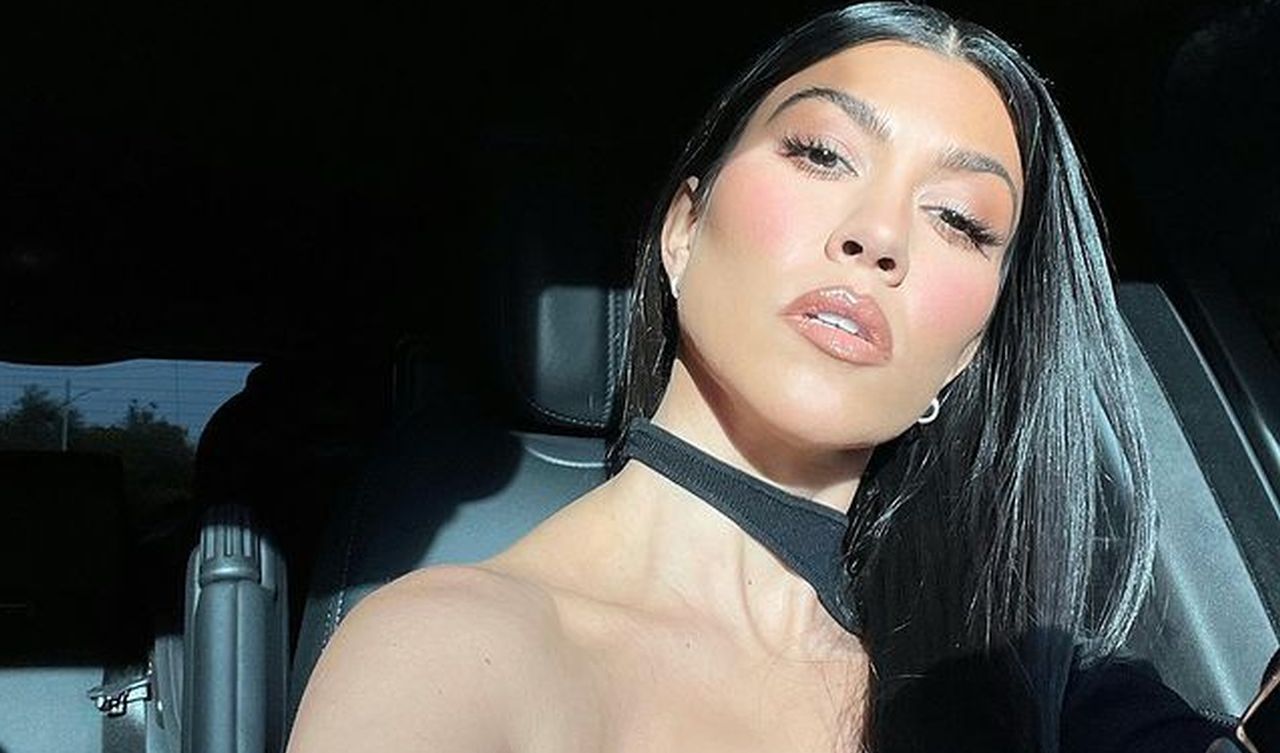 Kourtney Kardashian continues to show Scott Disick what he’s missing as she keeps Travis Barker enthralled by sharing sultry photos on social media. Turning to her official Instagram account, where Kourtney Kardashian has 113 million followers, she shared several photos wearing a Roberto Cavalli midi dress and a pair of Tom Ford shoes. At 41-years-old the raven-haired beauty continues to draw praise for her appearance. She’s often regarded as the one sister who hasn’t altered her appearance over the years and fans love her style.

Kourtney posed for the sultry pictures in her Calabasas, California home, while seated on her bed. She wore her dark tresses in long, loose waves that fell past her waist. The dress is called the Roberto Cavalli Cutout Midi Dress with Built-In Lace Bra. She didn’t write much in the photo album’s description and simply captioned the pictures with: ‘Last night.

For footwear, Kourtney wore a pair of the Disco Velvet Sandals from Tom Ford. The heels have a fabric upper with leather insoles and trim. They are a modern take on the disco shoes from the 70s and Kourtney looked sensational in the outfit.

You may see the photos that Kourtney Kardashian shared below.

In addition to her cut-out dress, Kourtney is putting her curves on full display by sharing several bathing suit pictures. In one photo, Kourtney posed while wearing a black, one-piece bathing suit. Travis Barker’s ex-wife Shanna Moakler followed by posting a bikini photo on Instagram. Though it’s possible the timing of the pictures was coincidental, many believe that Shanna was trying to ‘one-up Kourtney.

After social media caught wind of the photos and began posting about them, Kourtney posted a bikini photo of her own.

Kourtney’s bikini photo has more than 1.5 million likes and her slideshow wearing her Tom Ford shoes and Roberto Cavalli midi dress has over 1.8 million likes.

What do you think of Kourtney’s latest photos? Are you a fan of the look?