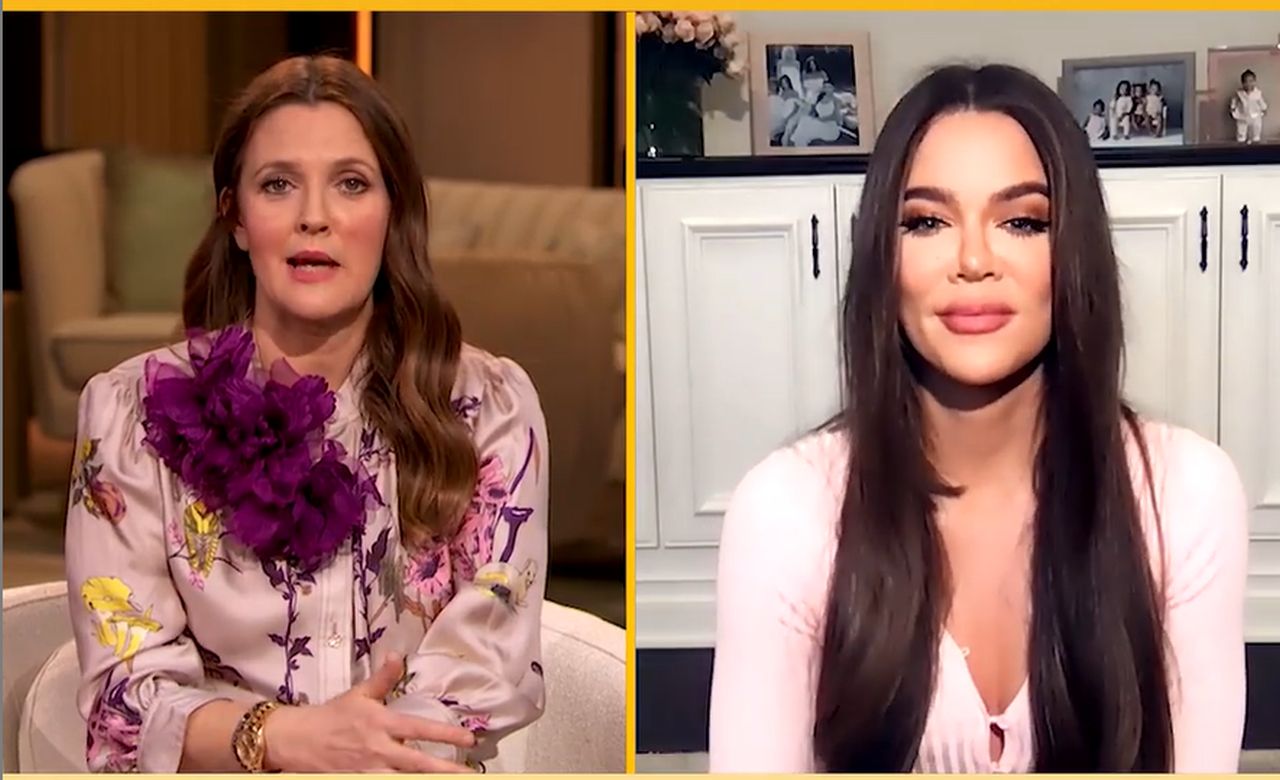 Khloe Kardashian appeared on the Drew Barrymore Show and instead of people focusing on what she said, they couldn’t get past her appearance. Khloe’s face has changed drastically since she first appeared in the public spotlight and now fans are concerned she’s gone overboard. The 36-year-old mother of one is repeatedly under fire for looking unrecognizable and people haven’t stopped talking about her appearance since the episode. Khloe dished on several topics, including her desire to have another baby, but people continue to pick apart Khloe’s face, one changing feature at a time.

The feature most discussed is Khloe’s nose. Many say that her nose is a completely different shape than it was just one year ago, and they don’t believe that makeup and contouring are the reasons for the changing look. Some are even worried that Khloe might suffer from body dysmorphia, especially after she shared campaign photos featuring enormously elongated hands, feet, and legs, and didn’t seem to notice anything wrong with the image. Many people believe that Khloe is actually in crisis and needs therapy!

Khloe’s appearance has changed so much over the last decade and she’s repeatedly made statements about changing herself as a way of getting revenge after being cheated on. Some feel that Khloe has given the wrong message to impressionable fans who believe that if they are cheated on, it’s because they weren’t enough physically and should undergo surgery in order to keep their man.

You may see a video of Drew Barrymore and Khloe Kardashian from the episode below.

The online comments targeting Khloe’s appearance have increased over the years. At first, many trolls accused her of being fat and even called her ugly. Now that she has undergone procedures to make herself more beautiful, trolls are comparing her to Michael Jackson and even the characters from the movie “White Chicks.”

It’s clear that trolls will continue to attack Khloe no matter what she looks like. Hopefully, she isn’t changing her appearance because of what they are saying as that’s a losing battle. Trolls never stop.

What do you think? Do you agree with those who suggest Khloe stop altering her outer appearance and find a therapist instead?