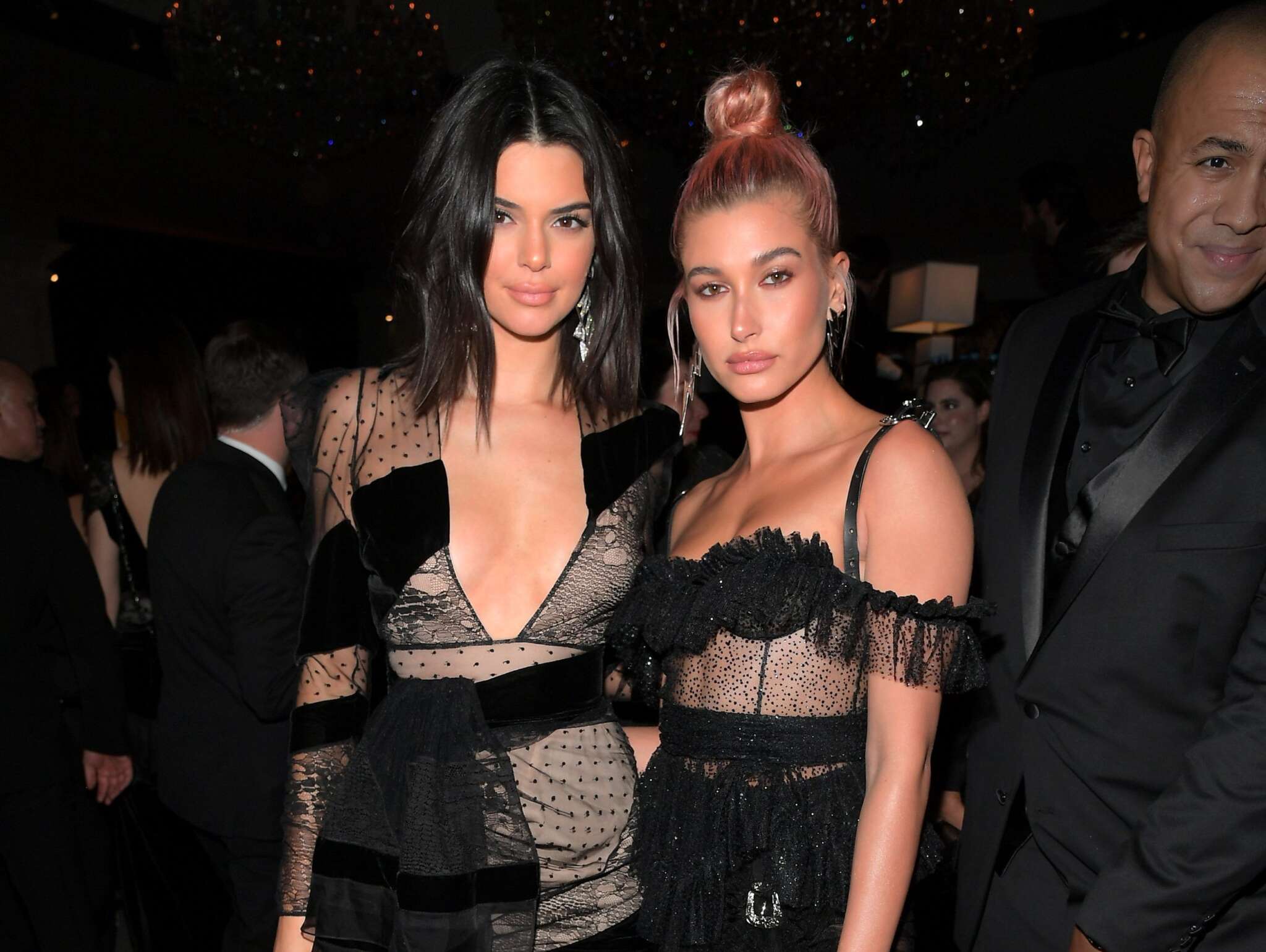 Kendall Jenner and Hailey Baldwin played a game of Never Have I Ever while getting drunk together for the latter’s brand new YouTube channel! That being said, the two models spilled a lot of tea in the video, including about supposedly having made out with the same guy once!

This first video on her channel includes a segment that’s pretty out of the ordinary and which Hailey likes to call ‘Who’s In My Bathroom?’

As the title also suggests, it looks like the segment is pretty much an interview one with different guests she chats with in her bathroom.

Her first guest, as you might have guessed by now, was none other than Kendall Jenner!

The two shared how they met and why Hailey is closer to Kendall than to her sister Kylie despite the fact that she was the one to introduce them.

As for the game of Never Have I Ever, the ladies have to take a shot of the Jenner’s new 818 Tequila every time they have done what’s asked by the producers.

‘Never have I ever kissed the same guy as my best friend?’ one of the questions went.

Hailey and Kendall looked at one another and started laughing before both of them took the shot.

While fans would have definitely loved to hear a name drop, the models left his identity a secret.

But, no worries, there was much more tea to be spilled in this video!

Another question was about reading a partner’s text messages and both of them admitted they’ve done it before.

However, Hailey stressed that she does not do that to her hubby, Justin Bieber.

‘Have I done it before, yes. Do I do it to this day and would I do it now, no, because I know there’s nothing to see. That’s just where trust comes in, but I think but we’ve all done it.’

As for Kendall, she argued that ‘In my opinion, you’re always going to find something that you don’t like. I don’t like doing it, and I have only done it a handful of times in high school.’

For more, check out the full video!