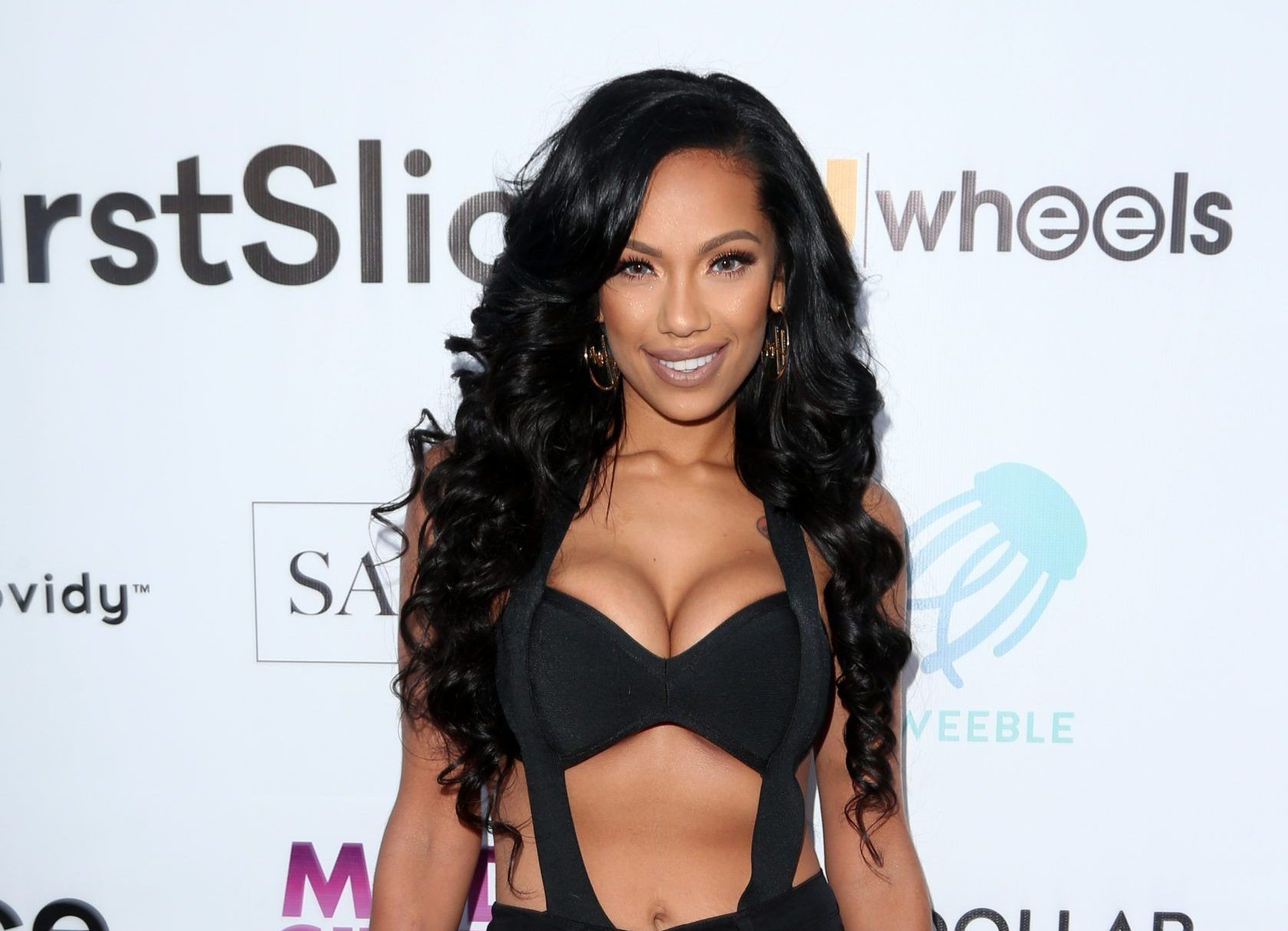 Erica Mena sparked new pregnancy rumours these days and fans had a lot to tell her. She just broke up with Safaree and they both confirmed the bad news.

A follower said: ‘So basically y’all gone get back together,’ and ont other commenter posted this message: ‘This that shit safaree was talking about.’

One commenter said:’ How do you’ll know he isn’t taking the pics,’ and one other commenter posted this: ‘who wants an animated music video done by me?’

Someone else said: ‘so amazing beautiful gorgeous, pretty sexy woman tho babe nice bodies tho always looking good baby 💋 like that pic nice.’

A commenter said: ‘You annoying till a next nigga want you and then you know who gonna be crying to come back to you. And u gonna be done.’

Someone else said: ‘She’s married what’s wrong with her being pregnant y’all so ignorant,’ and someone else posted this: ‘Y’all keep saying she looks pregnant but that might be offensive to her… Did anybody stop to think that maybe this is the old picture that she’s reposting for a paid app?’

Erica Mena made a lot of fans excited when she dropped a new message on her social media account. But some people were pretty upset with her following the announcement. Check out what’s this all about below.

‘Nashville! March 27 I’m coming to town with my girls. I can’t wait to party and celebrate life again with you all. Safely!!! I’m LIVE at Willie B’s,’ Erica said.

Erica shared another photo in which she is flaunting her beauty, and fans are in awe.

‘Once you make the decision to be a r$ch bitch, you gotta stick to it. 🤑 @prettylittlething’ she wrote.