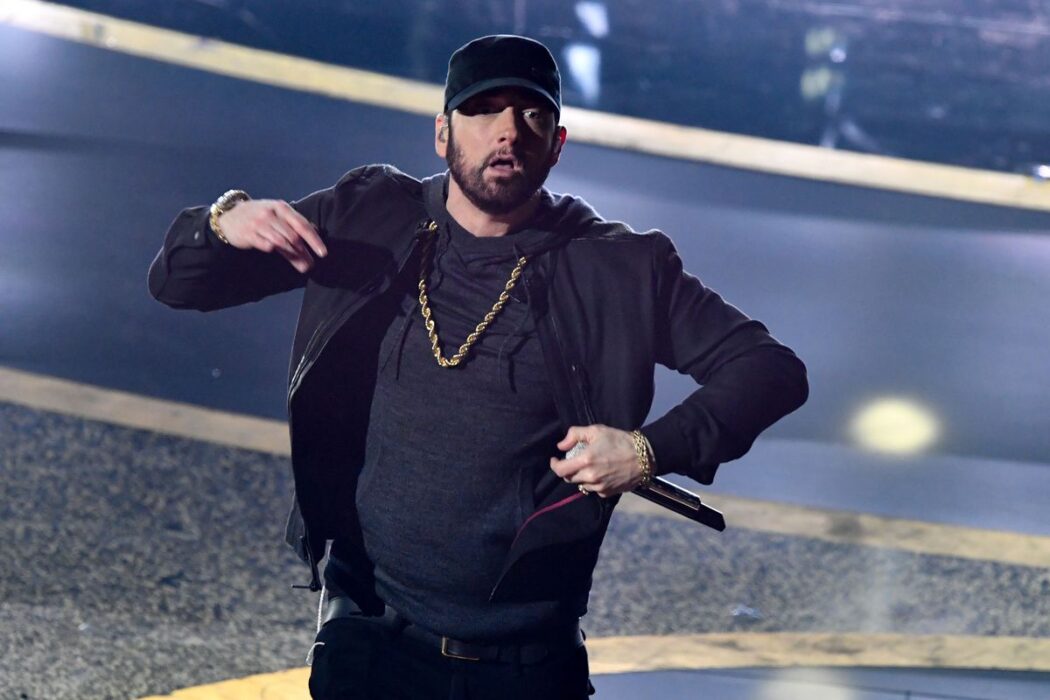 In case you missed it last week, a lot of people on TikTok came for Eminem due to some of the lyrics that he uttered on Rihanna’s song from the early 2010s. Social media users began calling for the rapper’s cancelation due to the unearthed lyrics that first appeared on Rihanna’s “Love The Way You Lie” in 2011.

According to Page Six, Eminem became a popular point of discussion among Tik Tok users with many of them trying to cancel him for the lyric where he said he was going to burn down the house of a hypothetical woman who tried to leave him.

Fans of the rapper argued that Eminem was practically uncancellable at this point, considering people have been trying to end his career since he first came out with the “My Name Is” video in the late 1990s.

This week, Eminem released the song, “Tone Deaf,” alongside a lyric video and cartoon video. The song goes on to say in the lyrics that he wouldn’t ever stop doing what he does, even when his hair turns grey. The rapper admits in the song too that the public would never stop trying to cancel him either.

Additionally, you can see the tweet here from one fan who stated that it was impossible to cancel Eminem at this stage in his career due to what he has already been through during his life. Check out it here:

Cancel culture targets Eminem… good luck with that. Pretty sure ppl been trying to cancel him since "My Name Is" dropped on MTV. That's hilarious.

Another user went on to reference the controversies surrounding Tekashi 6ix9ine, the rapper who was let out of jail after he worked with the federal government to help incarcerate the Nine Trey Gangsta Bloods.

Tekashi has also been criticized for a now buried story involving him, another man, and an underage girl in which they had been accused of sleeping with a minor for a music video. The social media user referenced this and said that if people were going to cancel anyone, it should be Tekashi 6ix9ine, other than Eminem, who many in the rap world consider as one of the greats.