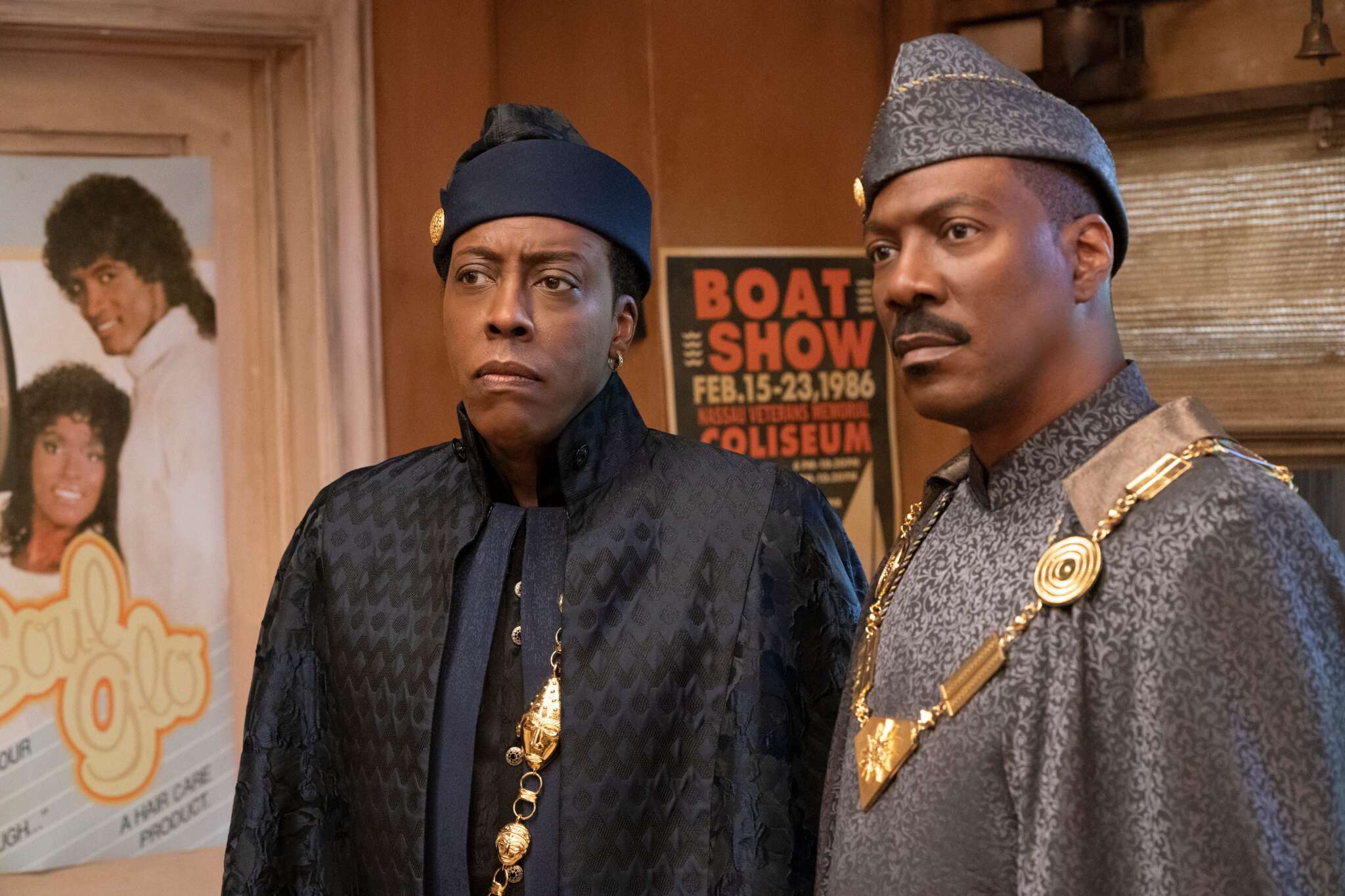 Some people feel that the follow up relied too heavily on emulating the original Eddie Murphy hit. They also feel as though too much money was spent on celebrity cameos and the African aesthetic and not enough was spent on the development of the story.

‘That movie was a star studded trash receptacle …. outakes were bomb Fashion was beautifully insane. & John Legend version of Queen to be was amazing… can’t touch the first time I heard it but I want that on wax lol Y’all tried way harder than you had to #ComingToAmerica2′

‘Arsenio said Aaron Mcgruder almost directed #ComingToAmerica2 they should’ve let him do it probably would’ve been better than that trash a** movie they put out …and I luv Eddie and them but it wasn’t good.’

While others actually enjoyed the nostalgic feeling it gave.

‘Forget comparing it to the classic. Eddie Murphy: • gathered a hall of fame level cast, •made a movie in the middle of a pandemic •at Tyler Perry’s Studios. •and  @Lesdoggg stole the show.’

‘I mean, I know people like to talk or have opinions shared but saying #ComingToAmerica2 is/was trash is incorrect. It’s a very beautiful film & I really enjoyed it – It’s everything a film should be and yes, they really made a perfect sequel to what we enjoyed in part one.’

‘I was skeptical when I first heard of a sequel to the iconic Coming to America months ago, but Coming to America 2 was great! It has a good storyline, it’s funny, has Easter eggs from the past and too many cameos to name. I highly recommend it.’

What did you think of the sequel to the Eddie Murphy classic?