Toni Braxton Shares Age-Defying Video But Some People Say She Looks Too Much Like Amber Rose - yuetu.info 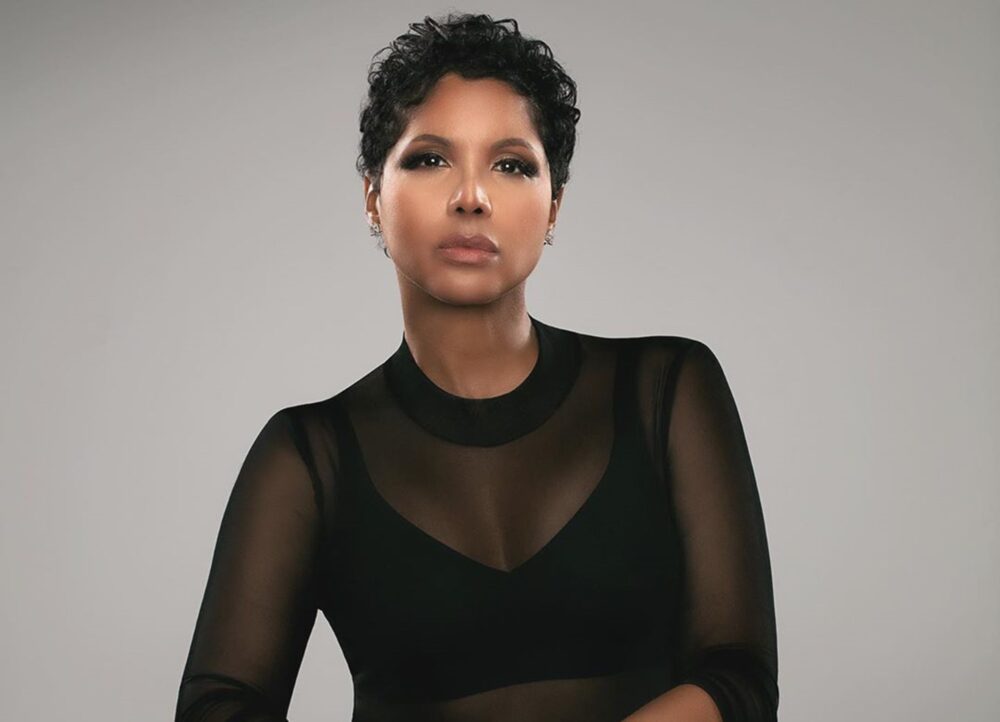 As it was noted by another writer this week, Toni Braxton really surprised her fans when she posted a video of her new look in which she managed to look just as young and vibrant as she did in her early 20s. The 53-year-old musical icon shared a video that was jaw-dropping, to say the least.

It’s not exactly uncommon for fans and media personalities to say nice things about Toni Braxton‘s appearence, and her recent look is no different. However, there is one issue that a lot of people are talking about now, and that has to do with her shaved head and sun-glasses combination.

On her Instagram account, Toni shared a video in which she showed off how it doesn’t matter how old a person looks, but it’s the way they feel that’s important. She wrote in the caption of her post, “age ain’t nothing but a number.”

According to Hot New Hip Hop, Toni rocked a bleach-blonde buzz cut while at the same time wearing a camouflage jacket over top of lingerie, knee-high boots, as well as sun-glasses. It was the blonde buzz cut, however, that people took issue with.

Fans on the internet started with Amber Rose comparisons, with some people appreciating her new look, while others criticized the supposed lack of originality. Either way, it’s clear both women did a good job of pulling off the look.

Amber Rose was arguably one of the first celebrity women in recent years to rock a shaved head while still retaining her image as a very sexually attractive woman who works as an influencer and a social media personality.

While she probably wasn’t the first to do so, Amber rocked a shaved head for years and still does, in fact, to this day. Stars such as Halsey, the 26-year-old pop star, sport the style as well.

In a recent interview, Halsey explained how she actually felt the most confident when her head was shaved, even though she is more than aware of the fact that it’s not what society deems as the prettiest.