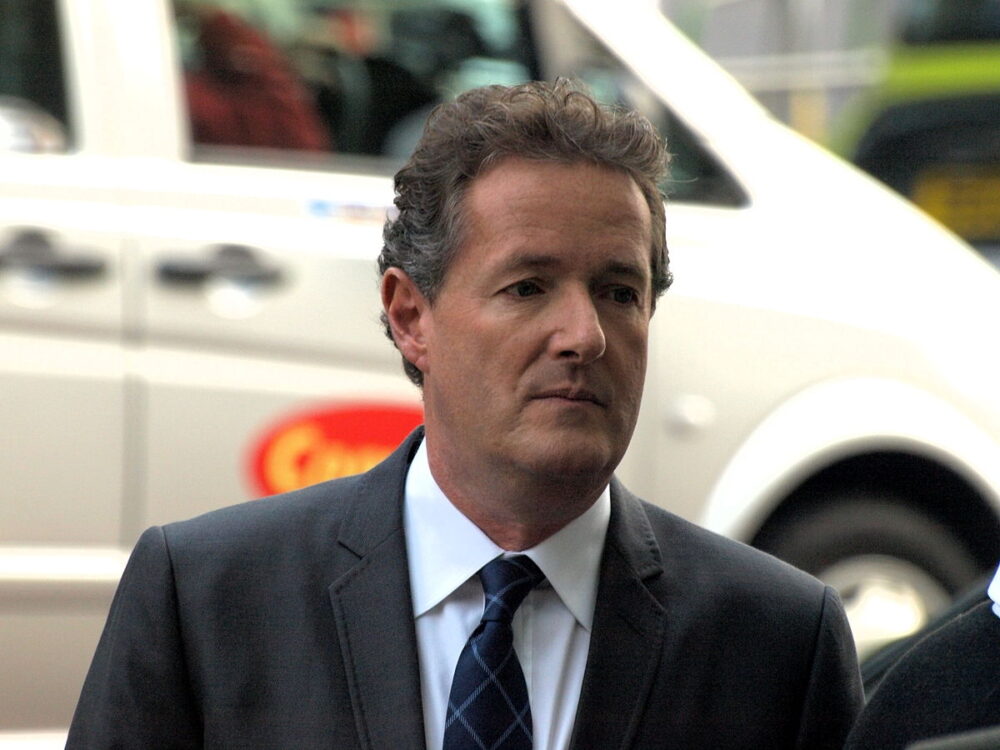 Valentine’s Day is coming up tomorrow, and it wouldn’t be right not to see a Kar-Jenner social media post from the West’s most famous sisters. Kim, Kylie, and Kendall released a picture on their social media this weekend that featured all three of them in red underwear, but Piers Morgan apparently wasn’t impressed.

According to Hot New Hip Hop, part of the Kar-Jenner clan’s shtick is showing off how rich and beautiful they are, and February’s special day is no different, although, the three sisters shared matching bra and underwear pictures rather than their usual stylish outfits.

You can check out what Piers Morgan had to say about it below, although, the fan reaction was swift and immediate, many of which were quick to point out his flaws.

Reportedly, Piers Morgan took to his account to say that he wasn’t impressed by Kendall’s appearence in the photo, and fans responding by blasting him online, part of the response featured pictures of him in less-than-flattering positions.

If I were Kim & Kylie, I’d stop being photographed with Kendall. 👇 pic.twitter.com/XxuQqgjc4t

According to the outlet, people weren’t happy with Morgan because they perceived him as body shaming Kendall, while others accused him of trying to pit famous women against each other based on their looks. Piers seemed largely unaffected by it, however.

The media personality, of course, has come under fire for his relationships with women in the past, including with Ariana Grande. However, it was later reported that Morgan and Grande had run into each other one time and put their past behind them.

Whether or not one likes Piers Morgan or not, one thing a person has to respect about him is his total lack of fear when it comes to telling other people how he feels. Morgan was previously in the headlines over Meghan and Prince Harry’s comments about the US election.

Prince Harry and Meghan insinuated that voting for Donald Trump was a vote for maliciousness, to which Morgan responded by claiming that the royal family should strip them of their titles for interfering with the election of another country.