Marilyn Manson Stabbed His Cousin As A Child - yuetu.info 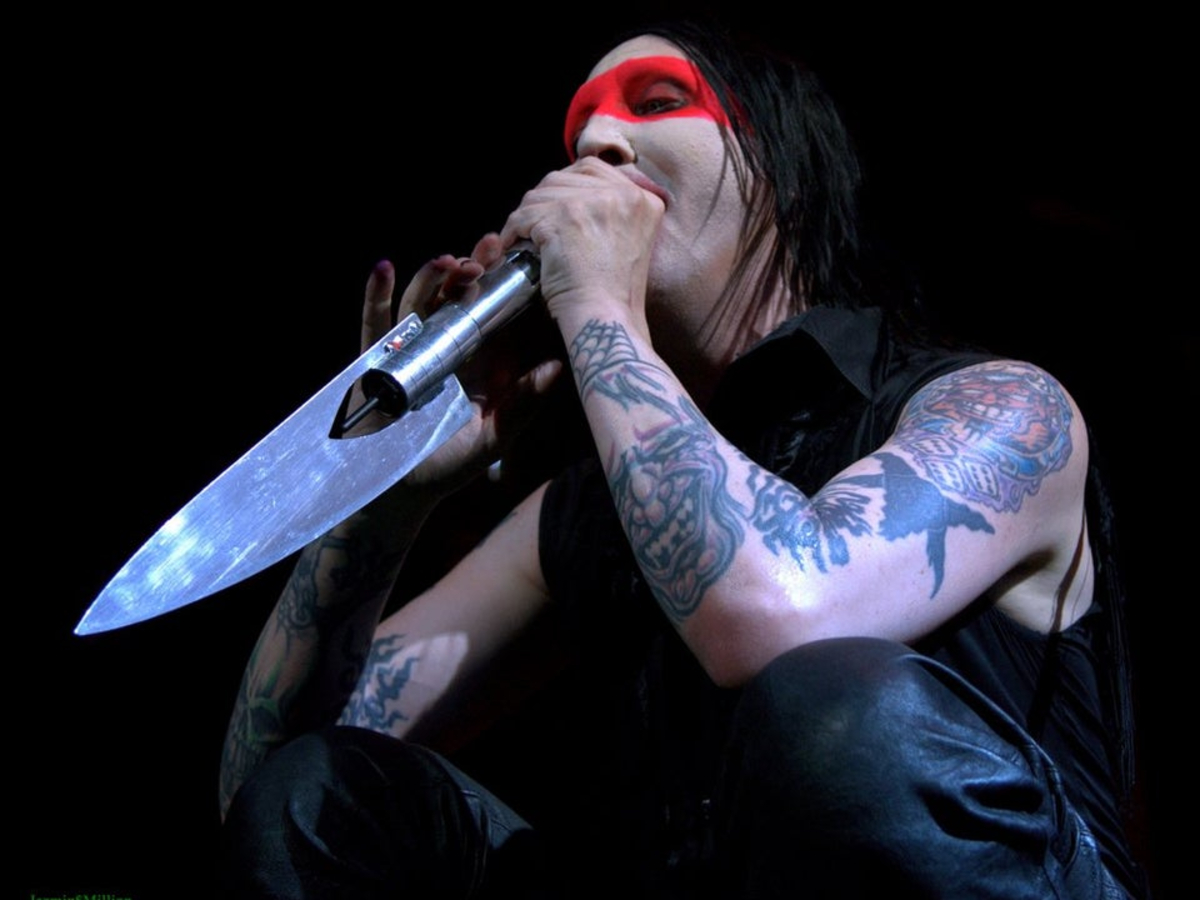 Marilyn Manson stabbed his cousin as a child. Typically, when someone makes a claim like that, they need to back it up with proof. They may even need to use the word ‘alleged’ to shield themselves from possible legal recourse. However; with Marilyn Manson, that isn’t the case. Marilyn Manson is the direct source of the most troubling statements ever made about him. And like his many other disturbing remarks to the press, (such as when he said he fantasized about smashing Evan Rachel Wood’s skull in with a sledgehammer) it was Marilyn who offered the disturbing details regarding his violent childhood. Here is a look at the time Marilyn Manson described shooting his cousin before stabbing him.

When little Brian Hugh Warner was seven years old, his father taught him how to shoot a gun. According to Manson, after he mastered the gun, his father gave him a bow and arrow that he promptly used with a live target — his cousin! Then, Manson’s father gifted him a knife, and Manson says that he immediately used the knife to stab his cousin in the leg.

Manson made the announcement during an interview with The Walking Dead’s Norman Reedus. You may see that passage below.

You should be a genuine hillbilly, which I am. I lived in Ohio, but my dad taught me how to shoot a gun when I was 7. Then I got my first bow and arrow. The first thing I did was pull back the string and tell my cousin to run. He ran into this field, and I shot it and hit him right in the ass. My father gave me a knife, and I stabbed my cousin’s leg with it automatically.

You may read the full article below.

The showgirls remake must happen. https://t.co/vUL1xIPzmq

Now that Evan Rachel Wood and four other women (Sarah McNeilly, Ashley Walters, Ashley Lindsay Morgan, and Gabriella Accarino) have accused Marilyn Manson of abuse, rape, domestic violence, battery, and psychological torture, people are looking at Marilyn Manson’s past statements for signs that something was wrong.

Marilyn Manson’s own statements of violently harming his cousin with seemingly no remorse has left people reeling.

What do you think about the Marilyn Manson abuse allegations and all the people who have come forward to share their stories?