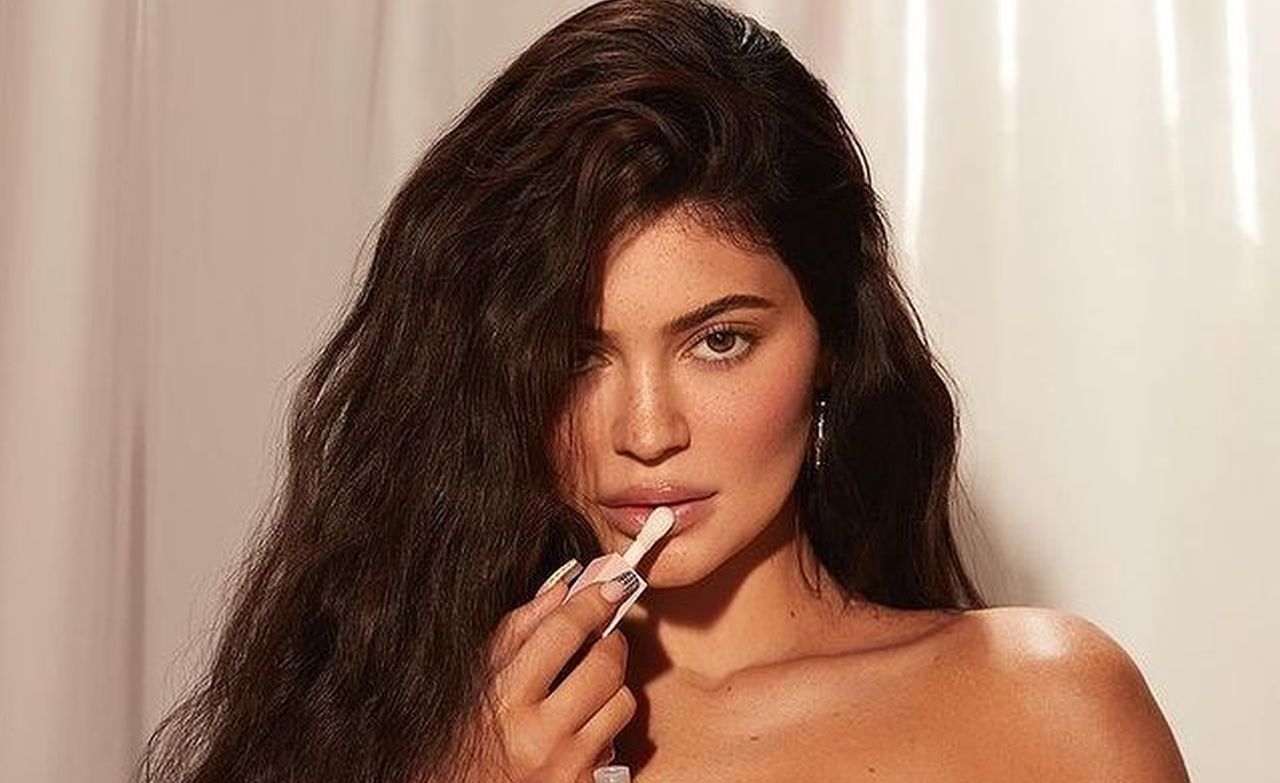 Kylie Jenner is being slammed for having ridiculous-looking lips as experts continue to warn that the Kylie Jenner lip challenge is dangerous. For years, Kylie Jenner denied using cosmetic lip fillers to get her fuller pout, and the results were disastrous. As Kylie hawked her lip kits and young girls believed that Kylie developed her big lips naturally, they began experimenting with ways to get enhance their own lips without using fillers. The Kylie Jenner lip challenge became a global trend and resulted in girls and guys putting glass jars or plastic bottles around their lips then sucking in repeatedly so that their lips would swell. Some suffered permanent damage from the practice that some people who try to get bigger lips with inexpensive methods still use.

Kylie shared a new series of photos where you can see her exaggerated lip liner above her lips along with her much larger pout. The photos are promotional as Kylie is selling her lip kits, but some social media users worry that young girl will try to get the same look by taking the Kylie Jenner challenge.

You may see the photos Kylie Jenner shared with her super-large lips below.

just restocked some lip kits on https://t.co/bDaiohhXCV 🤍 which shade is your favorite? ✨ pic.twitter.com/8qv9q6VW39

Here is a Twitter thread from February 23, 2021, discussing the Kylie Jenner lip challenge.

Did you try to Kylie Jenner lip challenge? That’s what happened to me when I did it

You may see a report about the dangerous Kylie Jenner lip challenge and some results young teens received after attempting to make their lips bigger. During the video that you may see below, Kylie Jenner denied she used lip fillers to enhance her lips. She later revealed the truth.

After denying that she uses lip fillers, Kylie Jenner finally admitted the truth. Still, some young, impressionable girls continue to use the dangerous Kylie Jenner Lip Challenge to look like Kylie, even though Kylie used a cosmetic procedure to achieve her results.

Kendall Jenner impersonated Kylie Jenner during an episode of the family’s reality show Keeping Up With The Kardashian and exaggerated how Kylie uses her lip kit to create her fuller lips by drawing them above her natural lip line.

What do you think about Kylie Jenner’s lips and the lip challenge? Do you agree with those who think her lips look ridiculous?