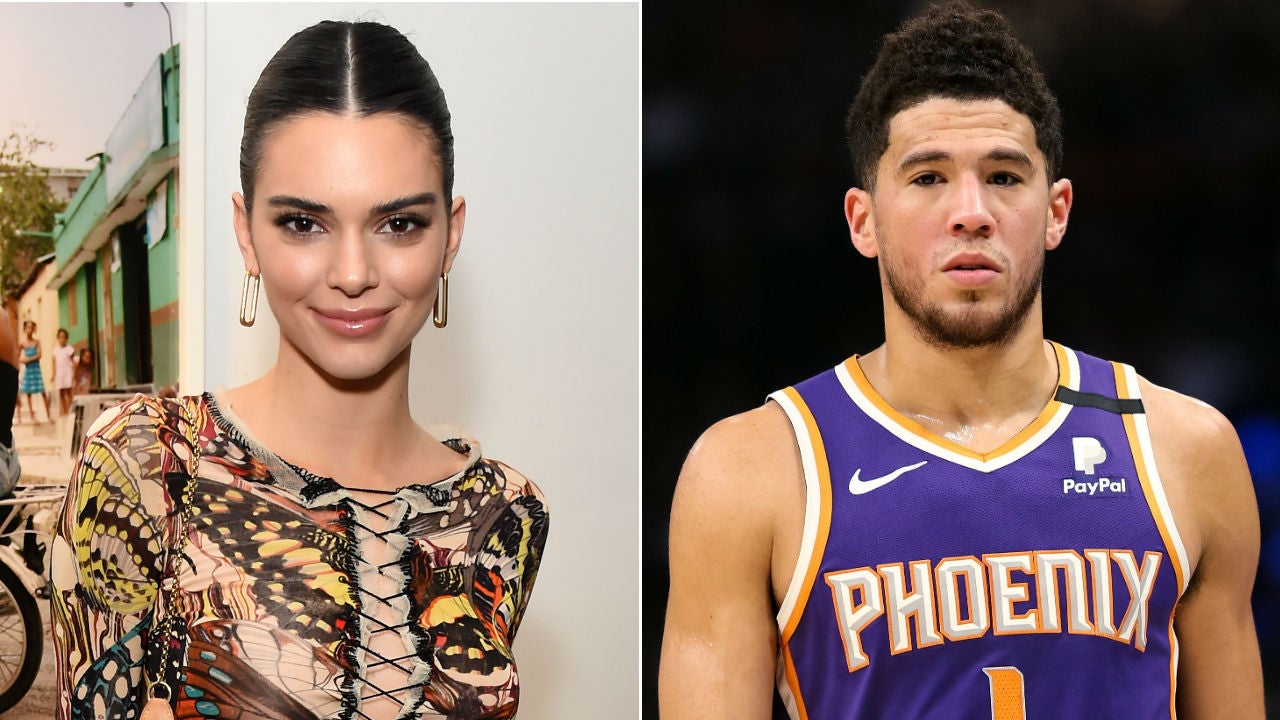 It’s official! The supermodel has made her relationship with Devin Booker Instagram official by sharing a sweet PDA pic. Naturally, fans of Kendall Jenner know just how private she is when it comes to her love life so this must mean they are getting pretty serious!

The KUWTK star took to her IG Stories to share a photo in which the two were smiling and costing up together, seemingly confirming the previous reports about them supposedly dating.

Not to mention that the snap was shared on Valentine’s Day!

What better way to celebrate the romance she’s currently living than to make it official on love day?

The picture she posted showed the two lying down, arms around each other.

The basketball player was rocking a white T-shirt and a matching baseball cap and is pictured with his head nestled in her shoulder.

As for the supermodel, Kendall wore a grey top, posing with one hand over her face, her smile still visible.

The Jenner sister only captioned the post with a white heart emoji but it was enough to make it clear that she was celebrating love on the special day.

This comes after the two were seen out and about, hanging out multiple times!

One previous insider also shared via HollywoodLife that ‘Devin and Kendall are keeping it light and casual because she is a casual dater. Anyone she sees she just tries to keep it pretty light. Kendall dates here and there. She’s someone who likes to casually date. She travels and works so much and knows her worth. She will do what she wants when she wants and she needs a guy who understands that.’

The same insider also told the news outlet that their romance was ‘not at all serious despite the fact that they are still hanging out together.’