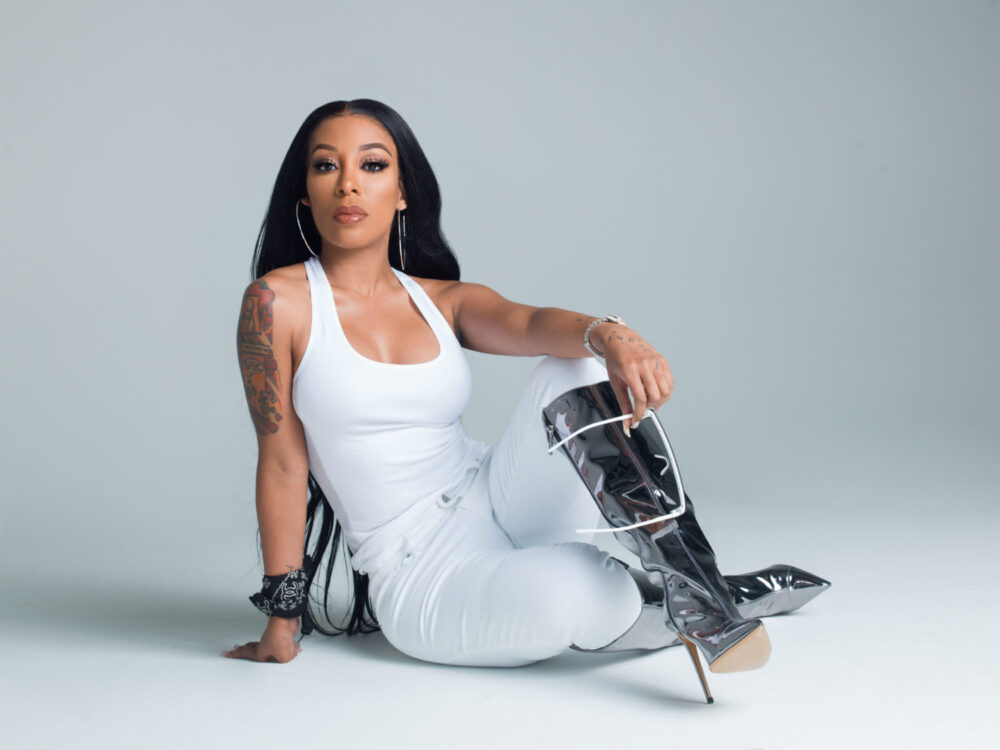 Reportedly, K. Michelle had to have her illegal butt implants removed, a process that took over 12 surgeries, Hot New Hip Hop claimed. Regardless, it’s something that still pops up every once in a while, especially when fans decide to share clips and videos of the star in a compromised state.

One such video is of K. Michelle twerking along to a Cardi B song, and it appears that excess skin shifts around. Several outlets talked about it as if the breast implant had “burst,” although, it merely looked as though it moved.

Either way, K. Michelle came forward to talk about it. Michelle wrote on her account that it took her 16 surgeries and three years to remove the breast implants that nearly took her life. “Now I’m in the reconstruction steps,” the star remarked.

So the video of me dancing is sad that I even have 2explain. I walked y’all through how difficult this process of removing silicone from my body for 3YEARS/16 surgeries Did we not forget I almost died due 2this?????? Now i’m in the process of 3 reconstruction steps.

K. Michelle said she didn’t have to tell anyone about it; she came forward, to tell the truth about what happened as a way of helping other women and to spare them from going through a similar thing.

The reality star went on to say that she went on “live yesterday” to show off her body, and was unhappy to see that a lot of black women responded with hate in her comment section. K. Michelle said that she was just happy to be alive, and that’s the most important thing to her now.

According to the singer-songwriter, she has had to get surgery a number of times, in fact, she has another one to go through to remove the excess skin left over after the doctors had pulled out the silicone implants.

As it was noted above, K. Michelle has talked about this many times in the past, however, it’s doubtful she expected social media users to bring it up yet again.