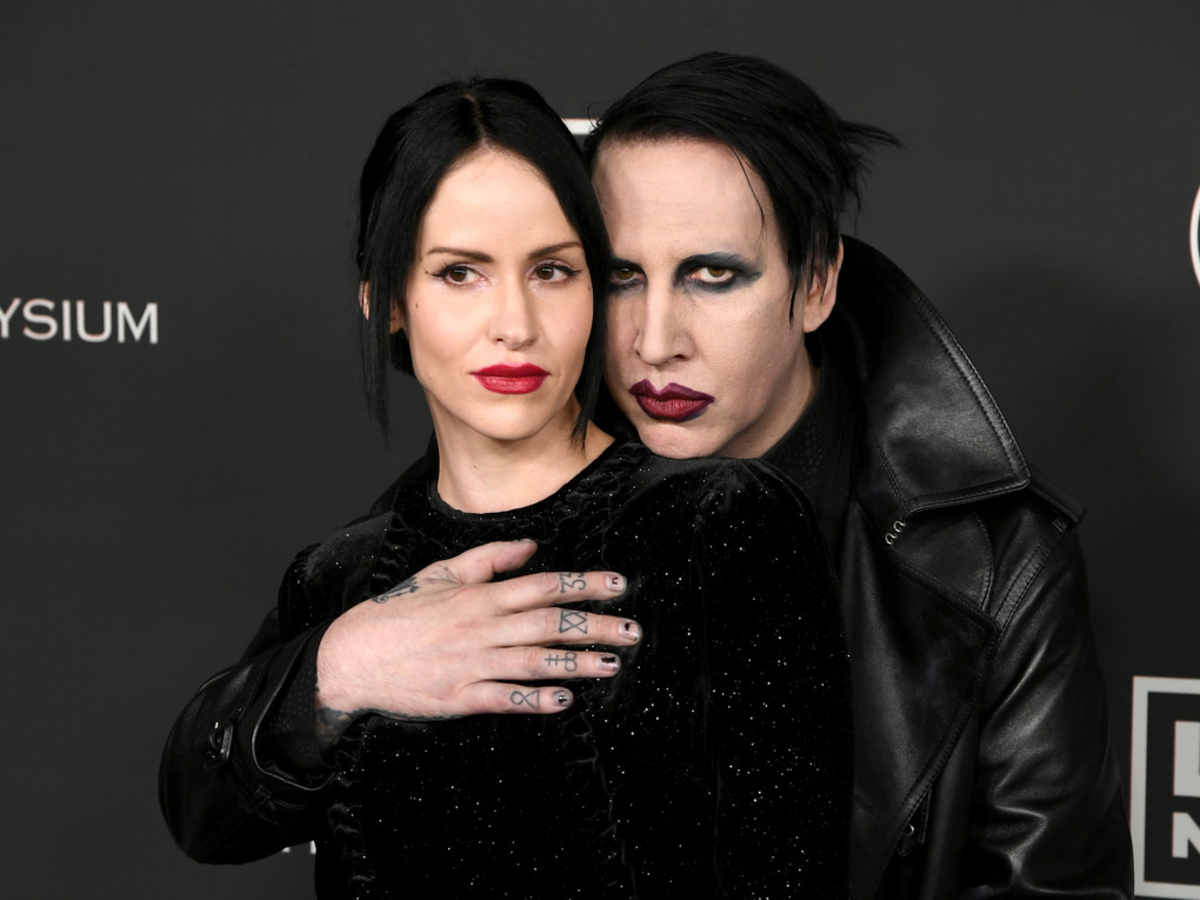 As the abuse allegations against Marilyn Manson (Brian Hugh Warner) continue, a new theory is emerging on social media platforms by his fans who are coming to his defense: jealousy!  The 52-year-old shock rocker has been accused of abusing his ex-fiance Evan Rachel Wood, an artist named Gabriella who accuses him of making a blood pact with her then raping her, Sarah McNeilly, Ashley Lindsay Morgan, and Ashley Walters. Over the years, Marilyn has had many famous ex-girlfriends (including the actress Rose McGowan who has spoken out about the allegations) but he’s only been married twice. First, Marilyn Manson was in a seven-year relationship with his ex-wife Dita von Teese. Dita supports victims of domestic violence and sexual abuse but states that her marriage to Marilyn Manson ended for drug use and infidelity, not for the level of physical, sexual, and psychological abuse the women are alleging against Manson.

Manson’s second wife, Lindsay Usich has remained silent on the issue. The couple has been together since 2012 (off and on) and married in 2020 as revealed by the actor Nicholas Cage. Now, some of Marilyn Manson’s fans are suggesting that the allegations against him that were posted by his accusers on February 1, 2021, were because the women were all jealous that he is married to Lindsay!

The theory is taking off despite the onslaught of additional allegations, accusations, and stories that are being shared about Marilyn Manson across social media networks. Numerous celebrities are coming forward to either distance themselves from Manson or to offer an explanation of why they were around him in the first place. Still, since Dita von Teese and Rose McGowan have publicly said that Marilyn Manson was never abusive with them, some are interpreting that to mean that Manson is being framed.

Marilyn Manson’s wife, Lindsay Usich, remains silent on the issue and though Manson publicly issued a statement denying the abuse allegations, Lindsay has said nothing.

You may see a thread that is being shared on Twitter where people are voicing their opinions as to why they believe Marilyn Manson is being framed below.

7) Lindsay Usich & Mr. Warner aka Marilyn Manson have been together since at least 2012. As of Oct. 2020 Ms. Usich began going by the name Lindsay Elizabeth Warner on SM. She's never accused him of being violent or abusive toward her. pic.twitter.com/Zl2DLpR3Bd

As people continue to sound off about the allegations and Evan Rachel Wood continues to call for victims whose cases fall within the statute of limitations to contact authorities, there are supporters who say that Marilyn Manson is innocent.

What do you think about the abuse allegations? Do you believe Marilyn Manson or the women who say he abused them?