Is American Idol Exploiting Claudia Conway By Having Her On The Show? - yuetu.info 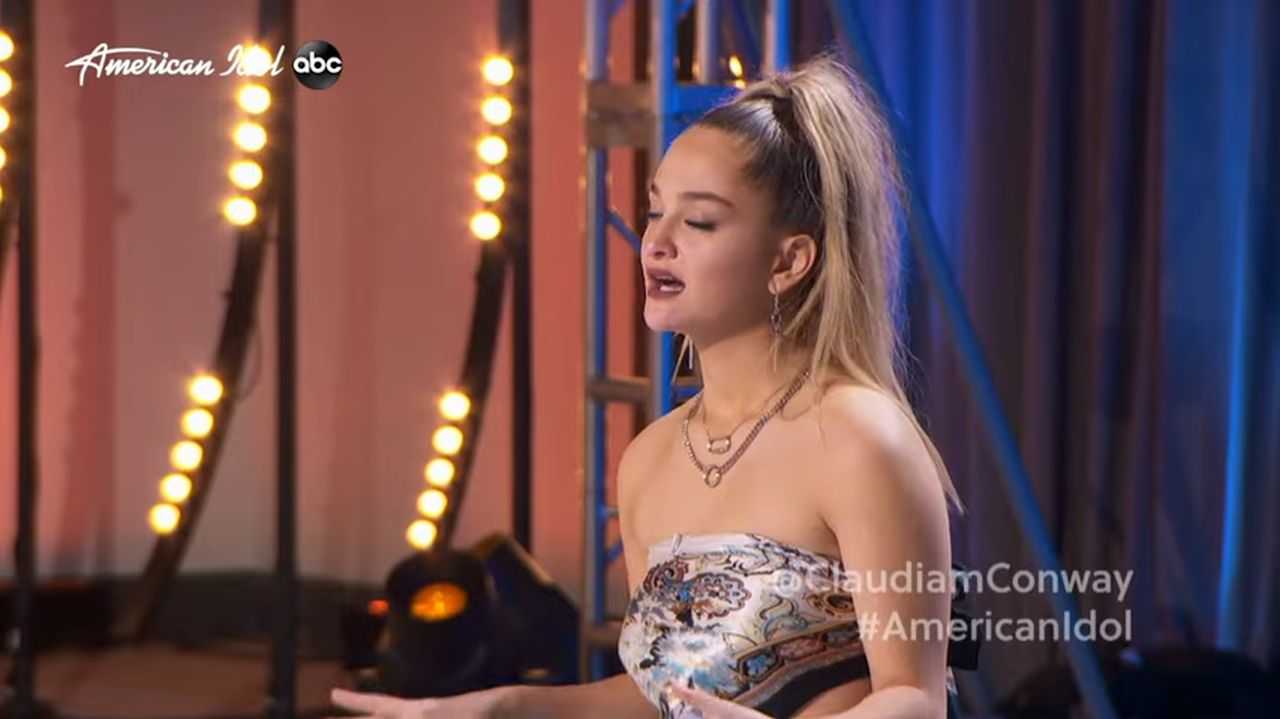 Is American Idol exploiting 16-year-old Claudia Conway? That’s the question many are discussing on social media Monday after the outspoken Donald Trump critic and daughter of Kellyanne Conway appeared on ABC’s reality program. Claudia landed a coveted spot on the show’s rebranded fourth season premiere (also known as season 19) and she performed two songs for the judges: Katy Perry, Lionel Richie, and Luke Bryan. First, Claudia sang Rihanna’s “Love On The Brain” but Katy Perry wanted her to restart and truly connect with the song. Claudia explained she was uncomfortable in her shoes and Katy encouraged her to take them off. Claudia removed the footwear then sang Adele’s “When We Were Young.”

It would seem that this would be a straight-forward audition, but social media erupted with controversy following Claudia’s performance, appearance on the show, and the judges’ handling of the teen.

Claudia became a social media sensation when she used her TikTok account to speak out regarding her mother’s role in Donald Trump’s administration. She then made headline news for her videos that contained home footage of fights with her mother. Kellyanne’s and Claudia’s home spats went viral and at one point she wanted emancipation.

Now, many are asking if the drama surrounding Claudia is the real reason she’s on the show.

Kellyanne didn’t accompany Claudia to the audition but sent her daughter a special message on live video.

Claudia Conway filmed her audition in the fall of 2020.

You may see Claudia Conway‘s American Idol audition below.

ABC promoted Claudia Conway’s appearance on YouTube, Facebook, Twitter, and television. After the premiere, Claudia’s audition became the second top trending video on YouTube and she was a top trend on Twitter. Some believe this was ABC’s intent and they are accusing the network of exploiting the girl for ratings.

Katy Perry encouraged Claudia to focus on her music by drowning out the noise of social media and the comments from those who want to put her down for politics. Luke Bryan didn’t think Claudia was ready and voted no, but Katy Perry and Lionel Richie gave her a green light to Hollywood.

Claudia also spoke about her excitement about being on the show.

In her own words, @claudiamconwayy reveals her love for music, and reflects on @katyperry’s career advice to block out the noise!🙅‍♀️🔊 #AmericanIdol pic.twitter.com/X0asa37aXS

What do you think about Claudia Conway’s American Idol audition? Do you think ABC is exploiting her situation for ratings?