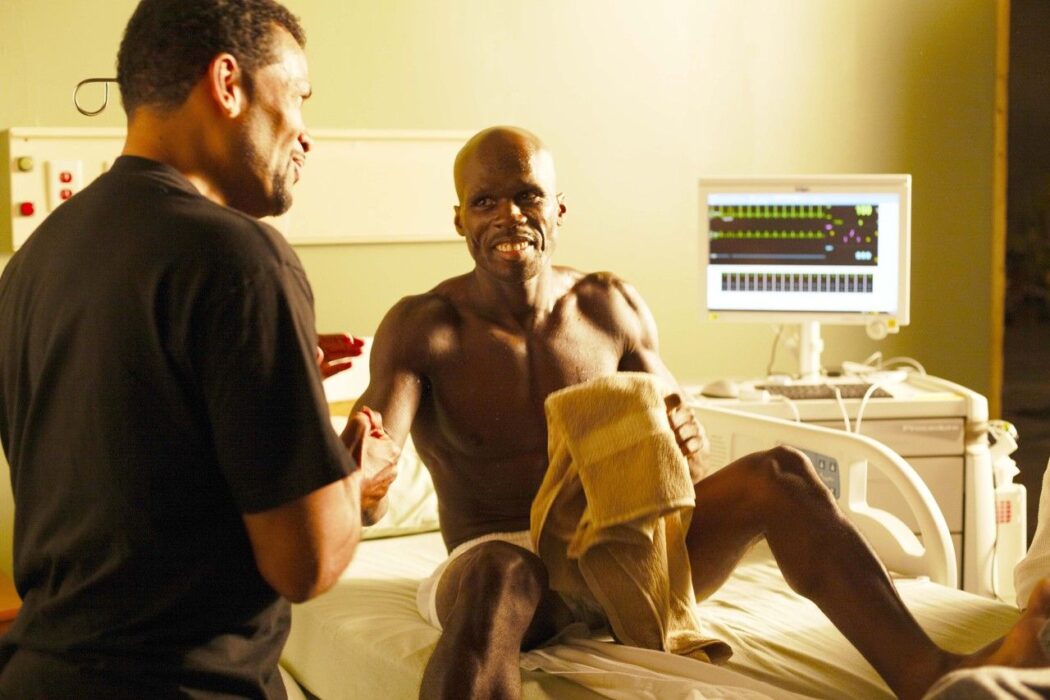 While 50 Cent first came up as a rapper in the early 2000s, the performing artist has since moved over to other areas of the entertainment industry, and even in the areas of business with entrepreneurial endeavors like Vitamin Water.

Hot New Hip Hop reported this week, however, that another rapper by the name of Freddie Gibbs and the notorious podcaster, Joe Rogan, poked fun at Curtis Jackson for the weight he lost for a movie role around ten years ago now.

Before 50 Cent made it as an actor and then as the producer for Power and its numerous spin-offs, 50 Cent worked hard at numerous endeavors including the 2011 movie, All Things Fall Apart, for which he had to drop serious weight.

According to Hot New Hip Hop, whenever someone has beef with 50 Cent, the 2011 film becomes the source of some of their mockery, particularly the viral photos in which he looked very gaunt and malnourished.

The outlet says that 50 Cent actually lost around 50 pounds for the role, weighing just 160 pounds for it. Freddie Gibbs poked fun at 50 Cent for the movie and said that the weight loss was actually not the worst part of the movie. The bad part was the fact that nobody saw it.

Freddie was on Joe’s podcast this week where he shared his thoughts toward 50 Cent’s bodyweight transformation after a brief conversation about Matthew McConaughey and how he lost weight as well. Gibbs asked Joe if he remembered it, he said, “nobody watched that s**t.”

Gibbs joked in the clip that 50 Cent looked a lot like a Nigerian Olympic marathon runner, but no one bothered to watch the movie so it was all for nothing in the end. Joe went on to say to Freddie that it looked like 50 Cent was still pretty ripped.

Rogan claimed he wasn’t quite as bad as Christian Bale, who slimmed down considerably for his role in The Machinist in which he portrayed a man struggling with guilty delusions. Mr. Bale has garnered significant praise for the physical transformations he has endured as an actor.