Ellie Rowsell Says Marilyn Manson Filmed Up Her Skirt And His Manager Said 'He Does This All The Time' - yuetu.info 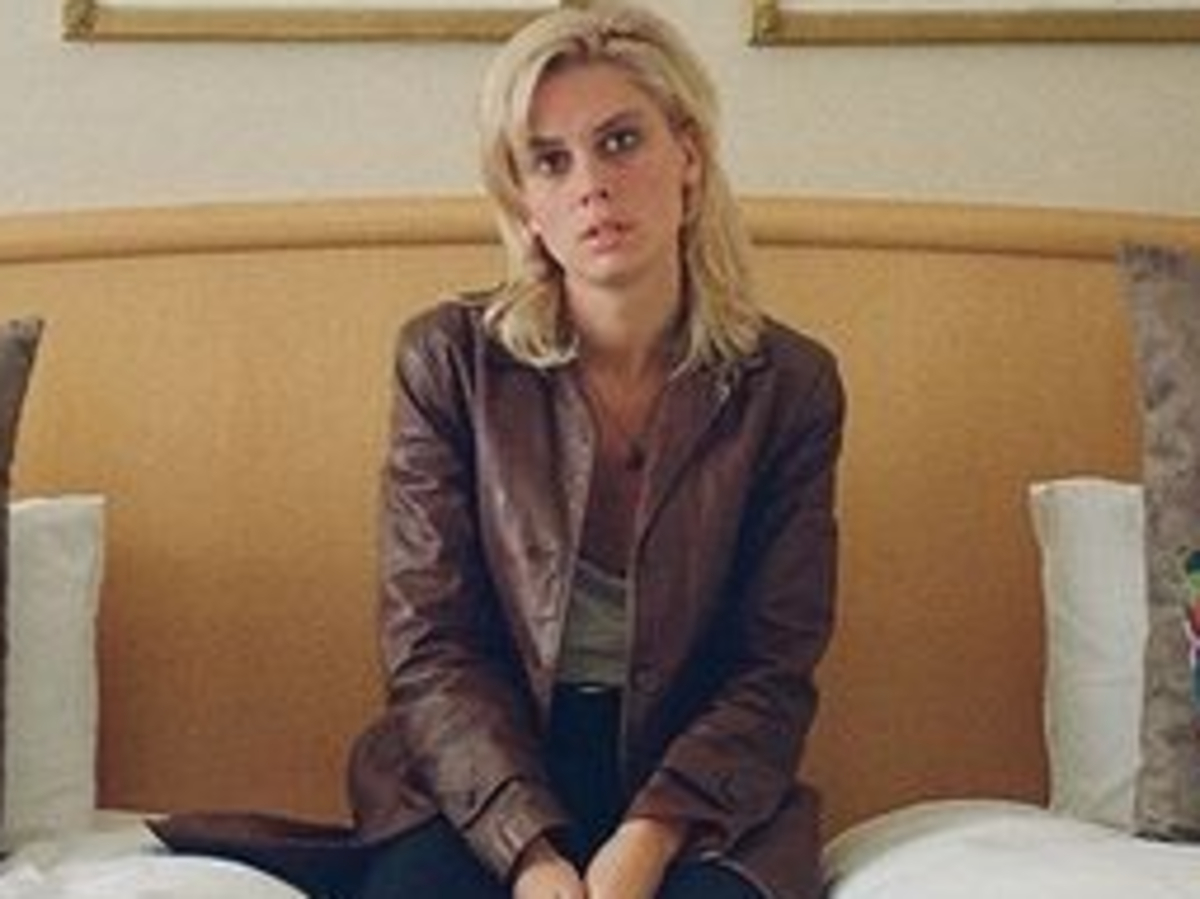 The abuse allegations against Marilyn Manson (proper name Brian Hugh Warner) are a daily occurrence and while the 52-year-old rocker waits to see if one of the many states involved will file charges, many are asking why it took so long for something to happen. Now, the lead singer of the band Wolf Alice, Ellie Rowsell, says that he filmed up her skirt using a GoPro camera and when she told Marilyn Manson‘s manager the response left her reeling. According to Ellie, Marilyn Manson’s tour manager’s response to Ellie’s claims he had filmed up her skirt was, ‘He does that all the time.’

Ellie posted her statement on Twitter where she has over 27,000 followers and her tweet is getting plenty of attention. She began by showing her support for Evan Rachel Wood and all who have made their allegations against Marilyn Manson public. The first four women who spoke out with Evan Rachel Wood are Sarah McNeilly, Ashley Walters, Gabriella Accarino, and Ashley Lindsay Morgan.

Ellie Rowsell spoke about the alleged incident and stated the following.

I met Marilyn backstage at a festival a few years ago. After his compliments towards my band became more and more hyperbolic I became suspicious of his behaviour. I was shocked to look down and see he was filming up my skirt with a gopro. There were no repercussions for his behaviour, his tour manager simply said ‘he does this kind of thing all the time’

You may see Ellie Rowsell’s Twitter thread about Marilyn Manson filming up her skirt and his manager’s response below.

I met Marilyn backstage at a festival a few years ago. After his compliments towards my band became more and more hyperbolic I became suspicious of his behaviour. I was shocked to look down and see he was filming up my skirt with a gopro.

Now that multiple people have accused Marilyn Manson of torture, rape, abuse, and using spy tactics to keep his victims in fear and silence, people want accountability. Ellie continued to speak out about the culture that she says protected Marilyn Manson from any legal recourse.

If he does this kind of thing all the time why on earth has he been headlining festivals for so many years? When will we stop enabling misogynists on the account of their success? Women must feel safe in the male dominated world that is the music industry.

Ellie also addressed Marilyn Manson’s only statement since February 1, 2021, where he described his acts with his accusers as being consensual. He described their allegations of abuse, rape, torture, being cut and burned, held against their will as ‘horrible distortions of reality.’

Marilyn Manson hasn’t addressed Ellie’s allegations, but she’s making it sure that people know Marilyn Manson did not have her consent to film up her skirt.

What do you think about the many psychological, physical, and sexual allegations against Marilyn Manson?