Corey Feldman Says Marilyn Manson Groomed Him, Kissed Him, Then Abused Him For Decades! - yuetu.info 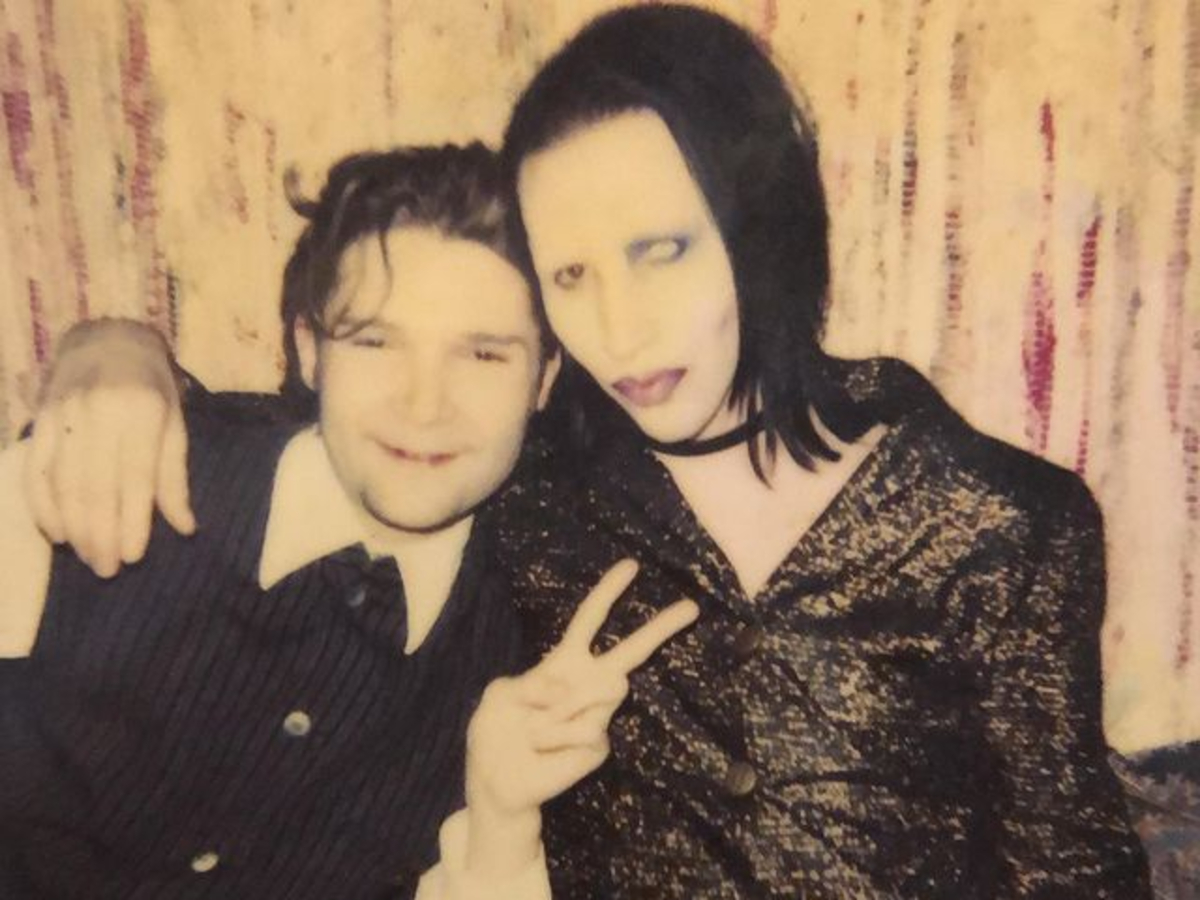 Is Corey Feldman one of Marilyn Manson‘s alleged victims? If you ask Corey Feldman or his wife, Courtney Anne Feldman you’ll get an emphatic and resounding, ‘Yes!’ Corey Feldman’s history with Marilyn Manson goes back to 1997 when they met at Howard Stern’s premiere for his movie Private Parts. The two briefly spent time together and Corey says that Manson presented himself as a fan and wanted to be friends with him. Now, Corey says it was all an act and part of a ‘grooming’ process that Manson used to gain his trust so that he could target him for humiliation.

Corey’s anger towards Manson quickly surfaced in 1998, when Manson wrote about his experiences with the former teen idol in his autobiography The Long Hard Road Out Of Hell. Corey Feldman was never warned that Marilyn Manson would write about him in the book, or that what he would say would be humiliating. Feldman was ill-prepared for how Manson would depict Corey in the book and according to Feldman, the harassment and humiliation that Marilyn Manson has leveled his way hasn’t let up — even after two decades.

Here is the passage that Marilyn Manson wrote about Corey Feldman in his 1998 autobiography where he talks about meeting Corey Feldman, saying he was a fan of his music, and purposefully humiliating him.

I continued to torment Corey afterwards, putting lipstick on him and introducing him to strangers. Because it is my duty to punch below the belt, I told him I was a big fan of the rap song that I saw him perform on television, which was among the shittiest songs ever recorded yet still not cool enough by far to be the worst thing I had ever heard.

You may see a lengthy portion from The Long Hard Road Out Of Hell below.

Corey Feldman has long alleged that Marilyn Manson’s satanic getup is more than an act but is really who he is. You may see a tweet from 2018 where he suggested someone watch a Howard Stern episode from 1998 when Rose McGowan was engaged to Manson and they addressed Corey’s and Marilyn’s ongoing feud. Both Corey Feldman and Rose McGowan were guests on the show. In addition to the personal attacks that Marilyn Manson has made towards Corey, he has alleged that Manson has worked with several of his former band members to silence him from raising awareness about Hollywood pedophiles.

You may see a Twitter exchange that Corey Feldman had on social media regarding his views on Marilyn Manson below.

But if I must, check out the old Howard Stern ep where Rose viciously attacks me while supporting her SATANIC BF MARILYN MANSON! C the connection? It’s the Satanists that wanna spin the truth, & make it all about them. They also try 2 deceive ppl in2 following the wrong leaders.

Corey Feldman isn’t the only one who believes that Marilyn Manson has targeted Corey Feldman and even sent his ‘spies’ (Corey Feldman’s former band members and bus driver) to harass and humilate him.

The emotional torture and abuse we have suffered by this man and his spies; deserves to be exposed and revealed to the world and your name @corey_feldman WILL be cleared. The people WILL KNOW THE TRUTH!!! #cancelBrianWarner https://t.co/i8i9WSOMf4

Marilyn Manson has denied abusing the five women and released a statement on Instagram where he described his relationship with each of his accusers as consensual.

Corey Feldman shared more about his relationship with Marilyn Manson on his official Instagram account where he stated the following.

Manson has been obsessed w me 4 over 2 decades! Dont #BELIEVE me? Just LOOK @ THE PUBLISHED FACTS! He 1st wrote several passages about me in his book #LONGROADOUTOFHELL as we had met a few months prior 2 that @ a Premier 4 #HOWARDSTERNSPRIVATEPARTS IN NY where the #GROOMING process began. He grabbed my face in front of the crowd and kissed me w his Black Lip Stick that I couldn’t rub off all night. He proceeded 2 gush over me telling me what a “Huge fan” of mine he was. He then introduced me 2 his BFF #BILLYCORGAN All of this is documented in his book! He brags about it as if I was a special needs person he was making fun of.

He concluded his statement by saying that after their initial contact and invitation for Corey to visit Marilyn Manson at his home, that the shock rocker has ‘messed with his life ever since.’

You may see Corey Feldman’s full statement below.

What do you think about the abuse allegations against Marilyn Manson and Corey Feldman’s claims that Manson groomed, kissed, and tormented him for years?