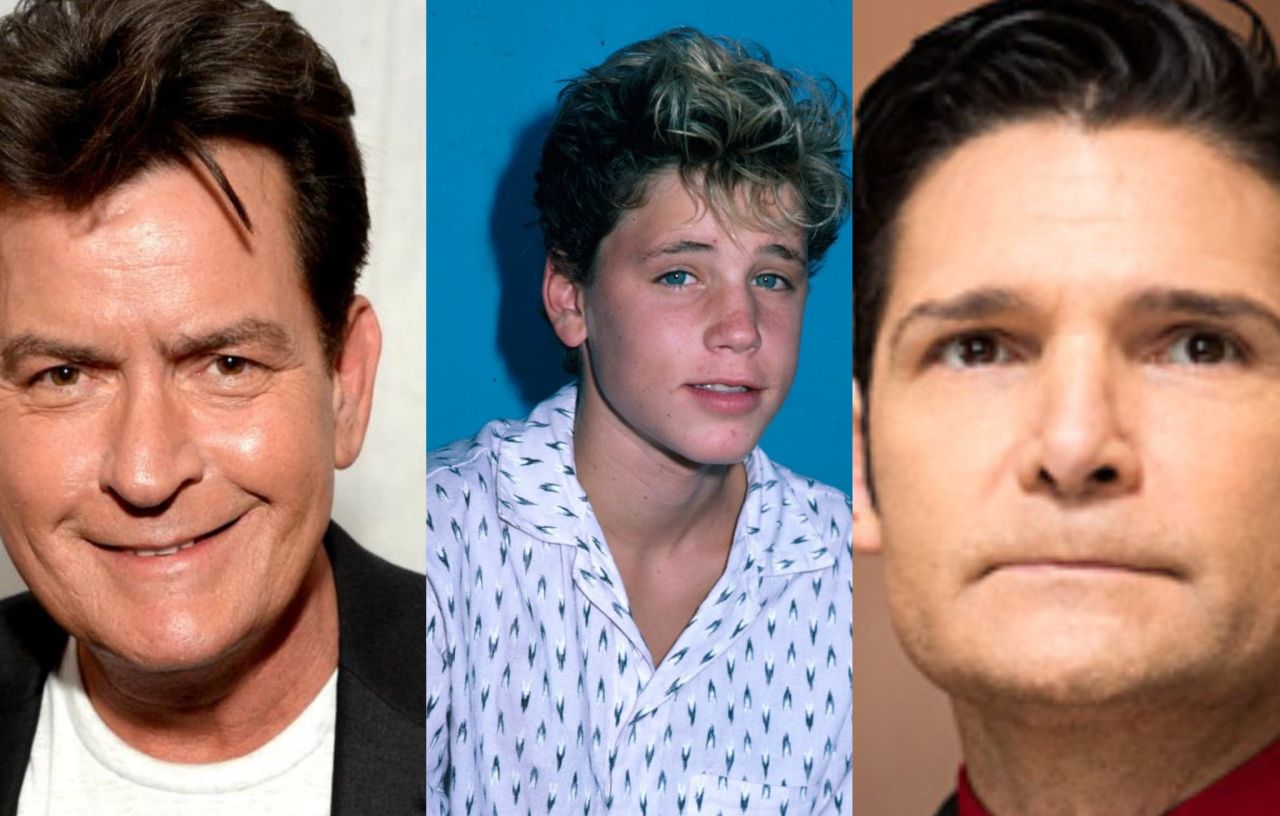 Charlie Sheen has hit rock bottom and is living in a trailer park, according to an upcoming article in the March 1, 2021, issue of Us Weekly. The report comes after Corey Feldman released his documentary (My Truth) The Rape of 2 Coreys on March 9, 2020, at the Directors Guild of America Theater Complex in Los Angeles. The movie featured victims of Hollywood predators and multiple people made allegations that when the late actor Corey Haim was 13-years-old, actor Charlie Sheen raped him on the set of Lucas. Charlie Sheen denied the allegations via his spokesperson but has remained silent on the matter for the past year.

Now, Charlie Sheen has been picking up the pieces of his life and according to Us Weekly, the actor who once earned $1.8 million per episode playing Charlie Harper on Two and a Half Men is hawking his autograph and trying to make money with Cameo videos.

A source stated the following to the publication when discussing Charlie Sheen’s meteoric fall from riches.

Charlie had the finest things money could buy: booze, fast cars, personal assistants, you name it. He was like a king without a care in the world.

The source says that Charlie Sheen recently lived in a Malibu trailer park and is busy trying to change his life, and is leaning on his dad Martin Sheen for help. The source continued to say that Charlie has been sober for three years and has quit smoking, but for Corey Feldman, it isn’t enough.

IVE INCLUDED THE TRAILER 1 MORE TIME AS IVE SEEN A LOT OF PPL SAY THEY DIDNT EVEN KNOW IT CAME OUT. I’D H8 2 THINK MY FAMILY HAS ENDURED THE TERRORISM & TORTURE 4 NOTHING. #PEDOPHILES MUST B HELD ACCOUNTABLE, SO PLEASE ORDER #MYTRUTHDOC 2DAY ONLY @ https://t.co/7g3YqIvUPj #KIDS2

The source also stated that Charlie Sheen’s priorities have changed. In 2015, the Daily Mail reported on claims that Sheen had spent approximately $1.6 million on prostitutes in 2013 and favored pre-op transsexuals for his sexual proclivities. In 2015, Sheen went public with his HIV-positive status as more allegations surfaced he would pay prostitutes more if they would agree to unprotected sex, even after he knew his HIV status.

Another source told Us Weekly that Charlie Sheen is currently focusing on his sobriety and his recent circumstances humbled him.

Charlie wants to stay on track with his recovery. He doesn’t care about money anymore, he just wants to be able to pay his bills. His new normal has humbled him and given him a big reason to count his blessings.

Corey Feldman demands justice for his friend Corey Haim and continually speaks out on social media that Charlie Sheen should be canceled.

Maybe he already has.