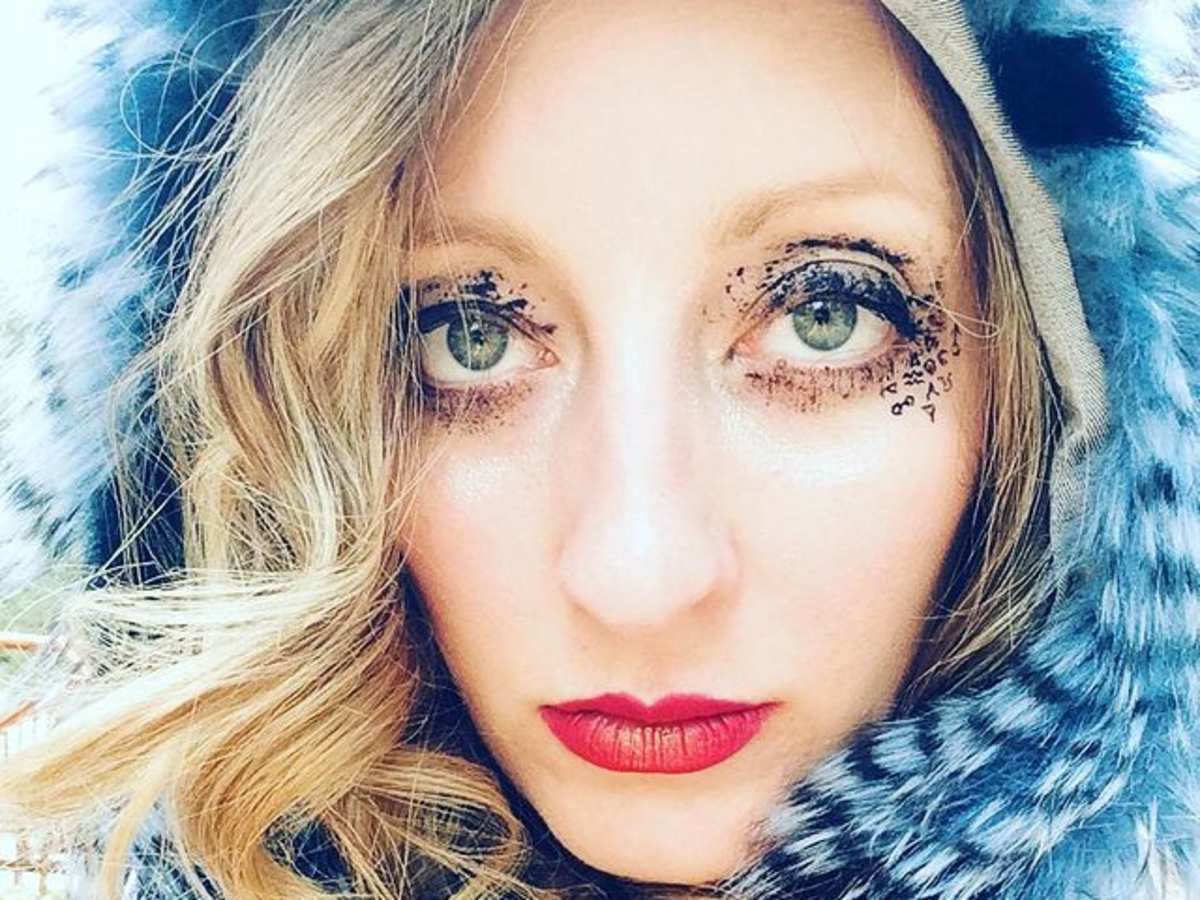 Photographer Ashley Walters has joined Evan Rachel Woods in coming forward with allegations of abuse against rocker Marilyn Manson, whose real name is Brian Warner. Turning to her official Instagram account, Ashley shared a slideshow where she posted a four-part statement where she accused Marilyn Manson of using mind control and torture tactics to bring her under his control. She explained how she met Manson and came to work for him as his assistant after he reached out to her in 2010. She then describes her time with Marilyn Manson as one where he isolated her from her friends and family members and then used extreme, manipulative tactics to control her. She described Marilyn Manson as exhibiting horrifying and deranged behavior. The allegations are very similar to those made by others over the past decade, including Evan Rachel Wood’s claims.

What may be most shocking about Ashley’s allegations is that she didn’t describe her relationship as one where she was Manson’s girlfriend. Instead, she was his employee. In her statement, Ashley stated this.

I felt like I was his property because [he] would offer me up for sexual encounters to please potential collaborators or friends and bragged that he could do so.

Ashley didn’t go into full detail about the extent of her relationship with Manson or if it had become sexual, but when she approached Manson’s management team to complain about her work situation and treatment, she states her concerns were easily dismissed. She stopped complaining and continued to try to please Manson, a feat she says left her further under his control.

She stated the following.

I’d witness him inflict this psychological abuse on everyone he employed, everyone he dated. He would dictate the perimiters of our reality. Horrifying, deranged behavior and insane scenarios became normalized. He was extremely interested in mind control, torture tactics [ie. different sound frequencies that would shift your mood, or make you nauseous], and spy devices to gather information for blackmailing and manipulation.

You may see Ashley Walters’ full statement below. 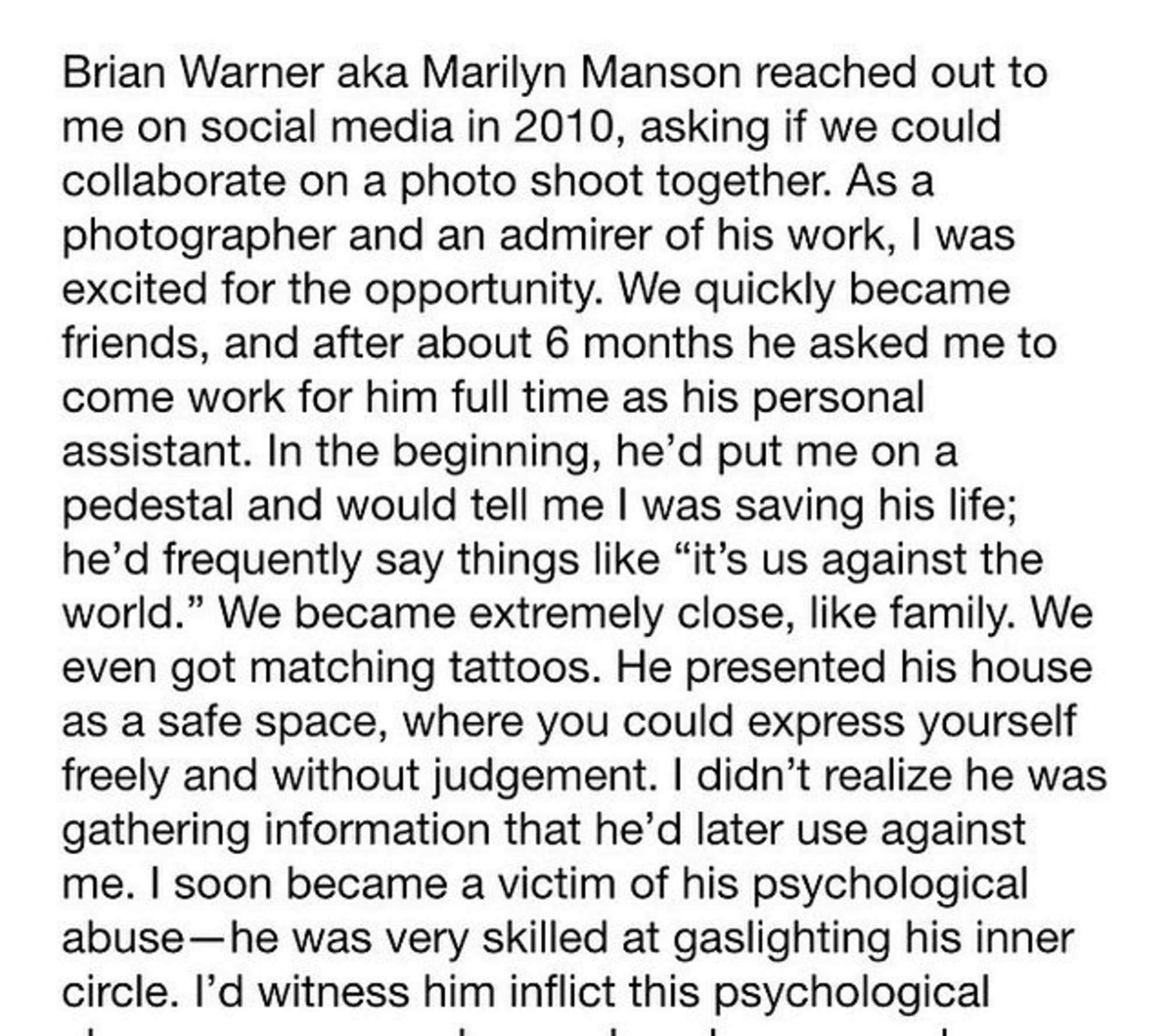 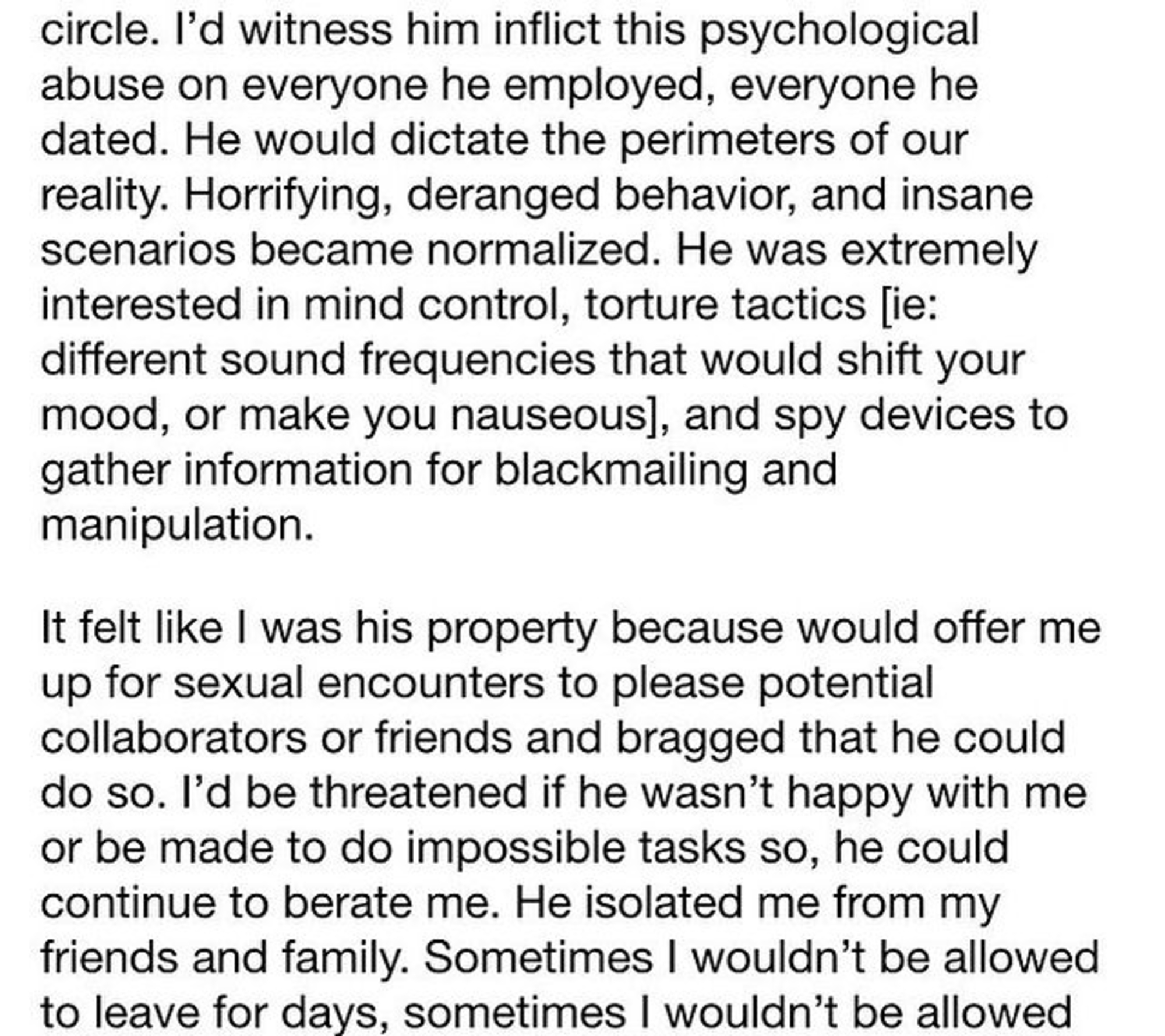 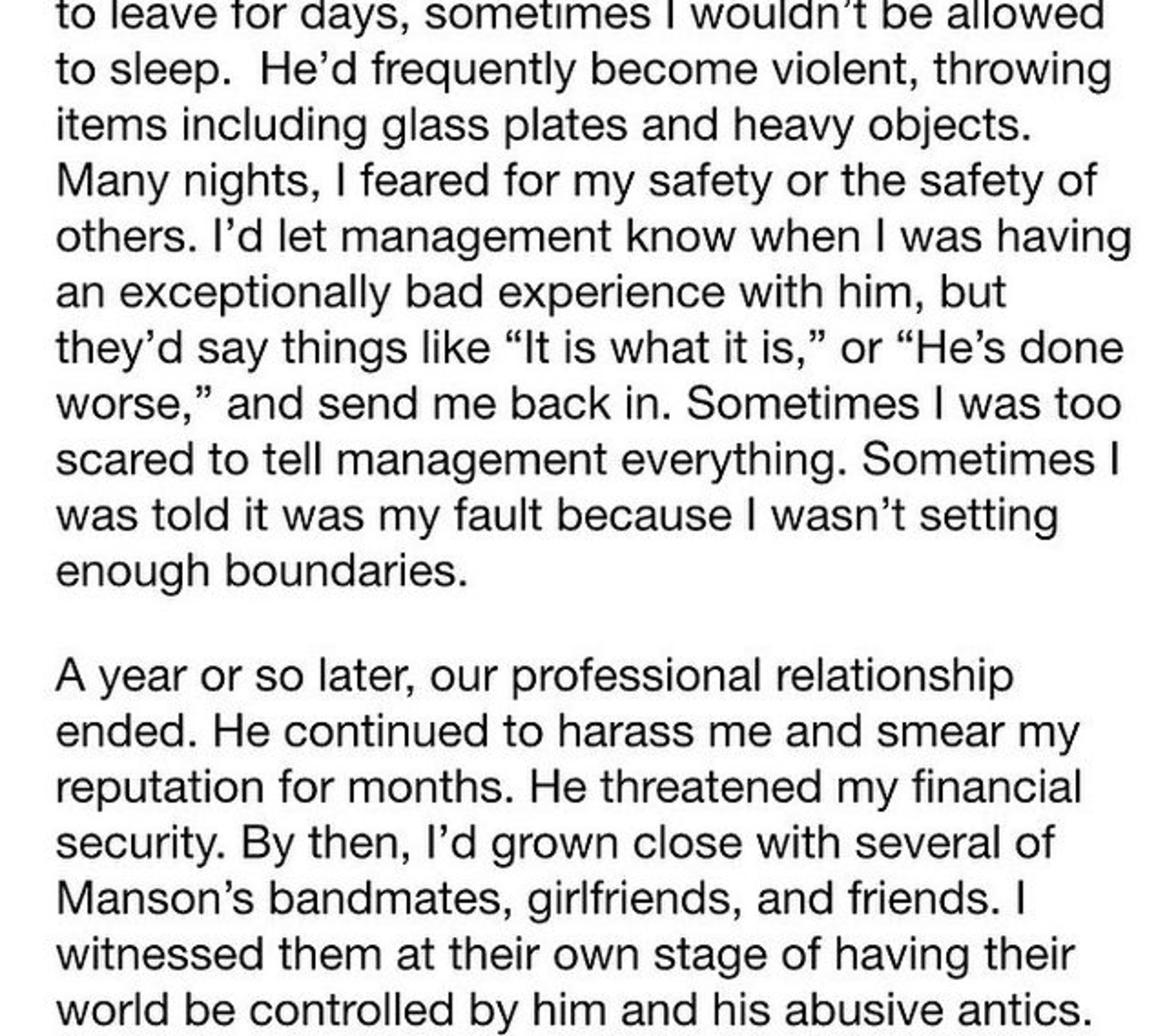 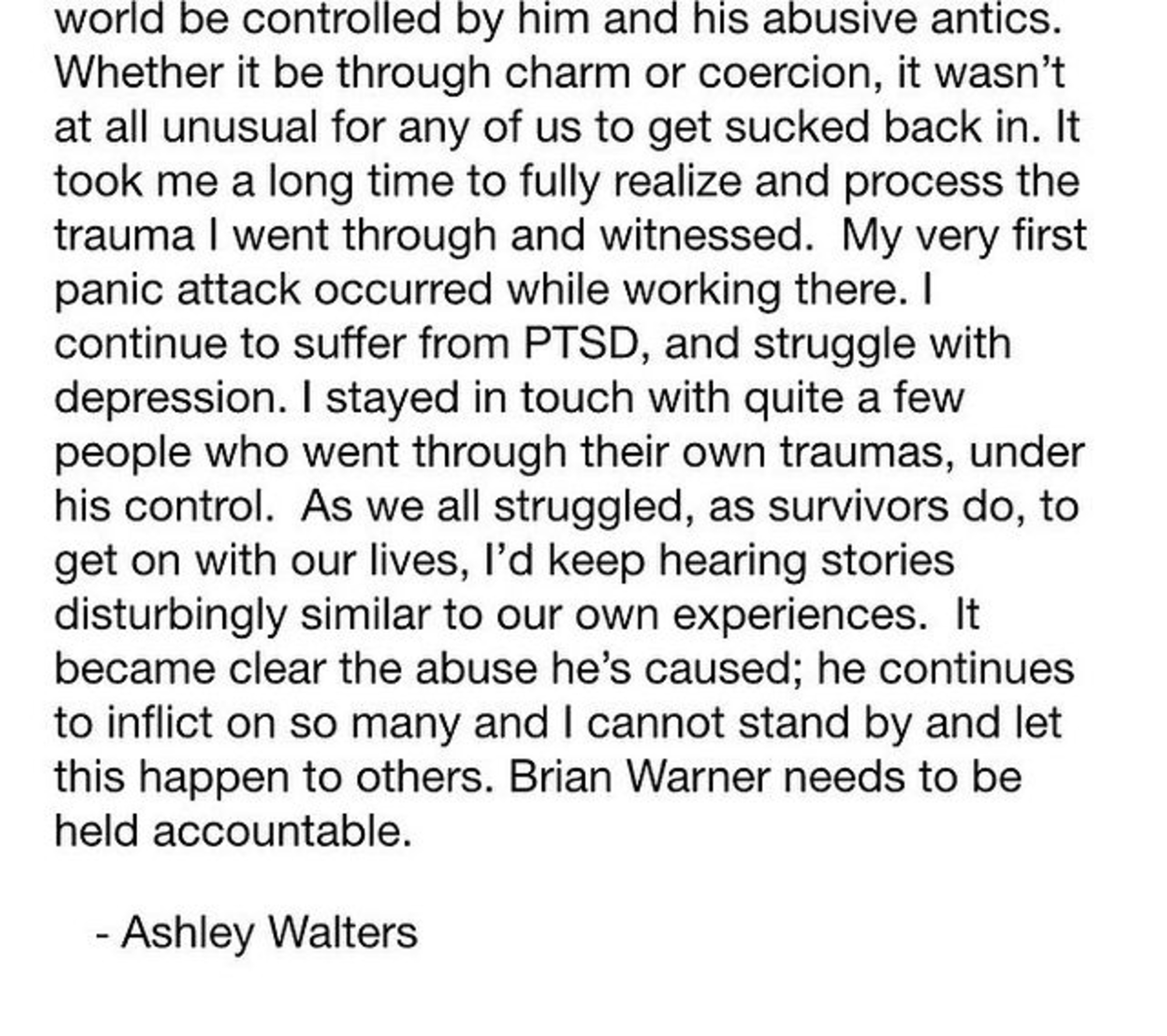