Artist Gabriella Says Marilyn Manson Sliced Their Hands To Make A Blood Pact, Tied Her Up, And Raped Her - yuetu.info 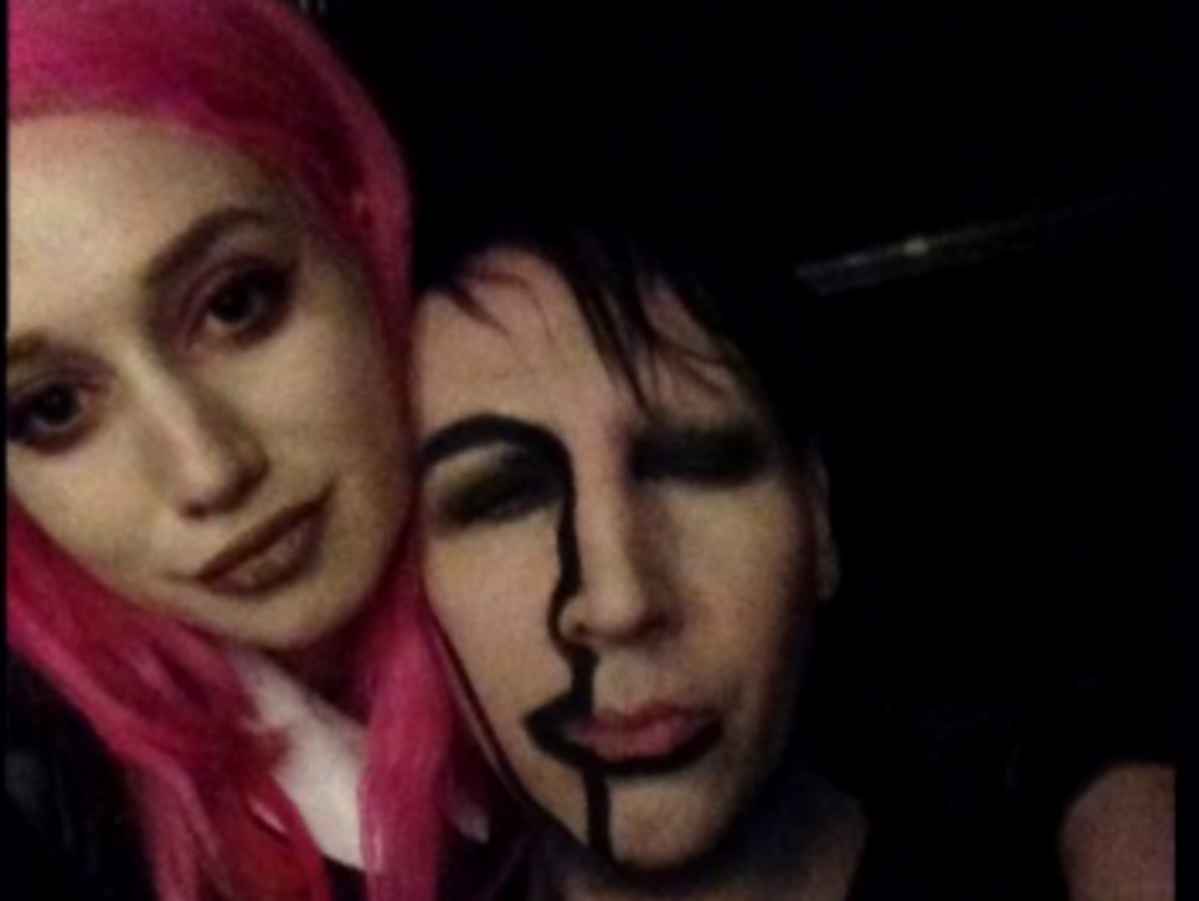 An artist known as Gabriella, joined with other women including actress Evan Rachel Wood, on February 1, 2021, to make her allegations of abuse against rocker Marilyn Manson public. Choosing her Instagram platform to make her allegations, Gabriella stated that she met Marilyn Manson (real name Brian Warner) backstage at one of his concerts in 2015. She echoed allegations made by model Sarah McNeilly who alleged that Marilyn Manson love bombed her before devolving into depraved and terrorizing behavior. According to Gabriella’s statement, Manson quickly wooed her, fed her drugs, and on their second meeting, broke a wine glass, and cut both of their hands so the two would enter a blood pact. She then described their six-month romantic relationship as one where Manson exhibited control over her through tactics of manipulation, intimidation, fear, and sexual violence.

She alleged that Manson repeatedly tied her up and raped her. When she would respond in tears, he stated that was a symbol of her love for him. In addition to Gabriella’s and Evan Rachel Wood‘s public statements, three other women went public on February 1, 2021, to allege that they too were abused by Marilyn Manson. They are Ashley Walters, Ashley Lindsay Morgan, and Sarah McNeilly.

Gabriella spoke about their whirlwind romance and how he told her he loved her after only two weeks. He invited her to travel with him on his tour and she accompanied him to Europe. She stated the following.

He told me he loved me two weeks after we met and invited me to go on tour with him in Europe. I was in art school at the time and had never left the country but felt it was a rare opportunity. I do not have fond memories of this tour though as things had gone downhill quickly. He would tie me up for the first of many times and rape me. I sobbed on the floor in the hotel room and when I looked at him, he was smiling. He told me he knew that I loved him because of my reaction. He took naked photos of me without my permission while I was sleeping and tied up and sent them to his friends.

You may read Gabriella’s full statement below. 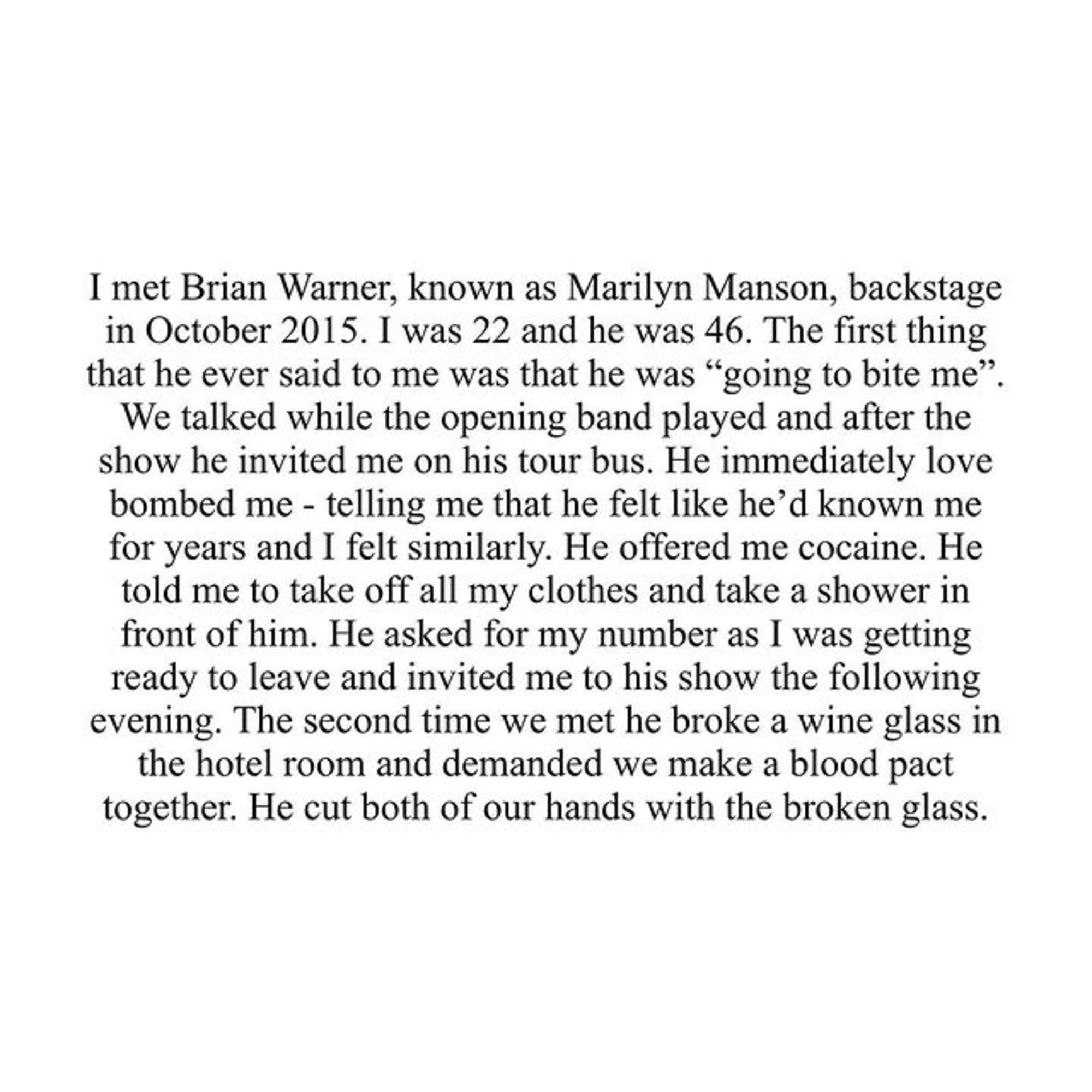 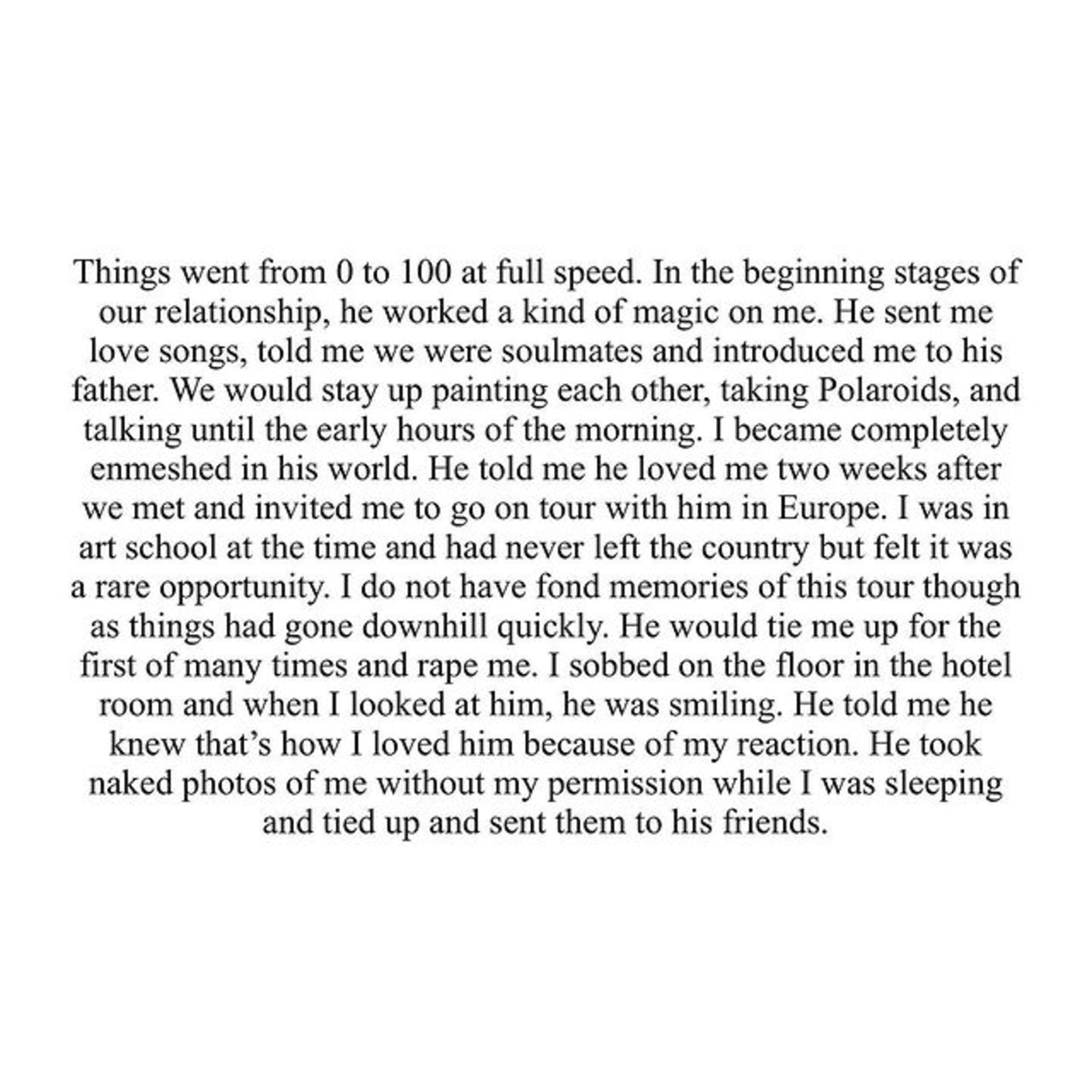 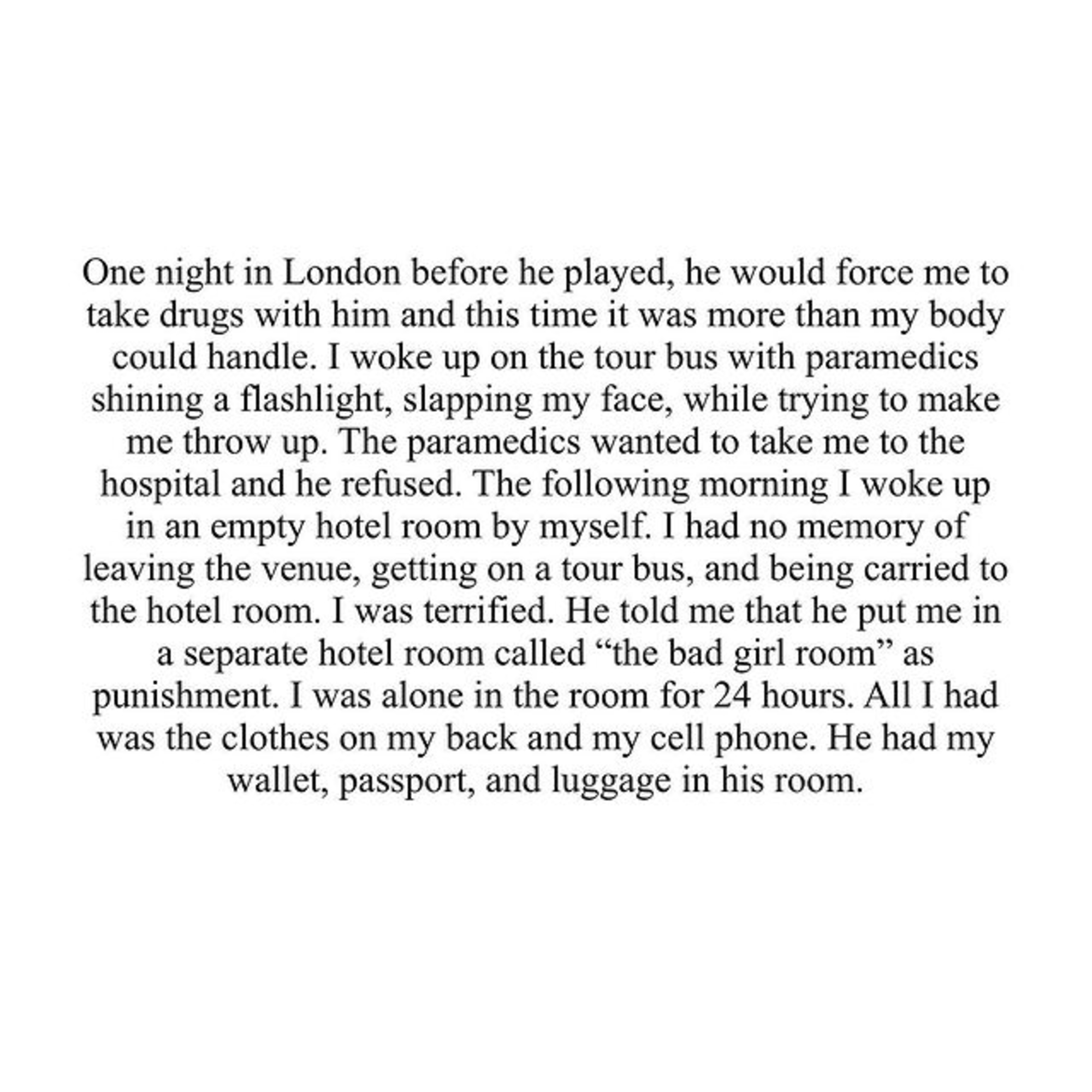 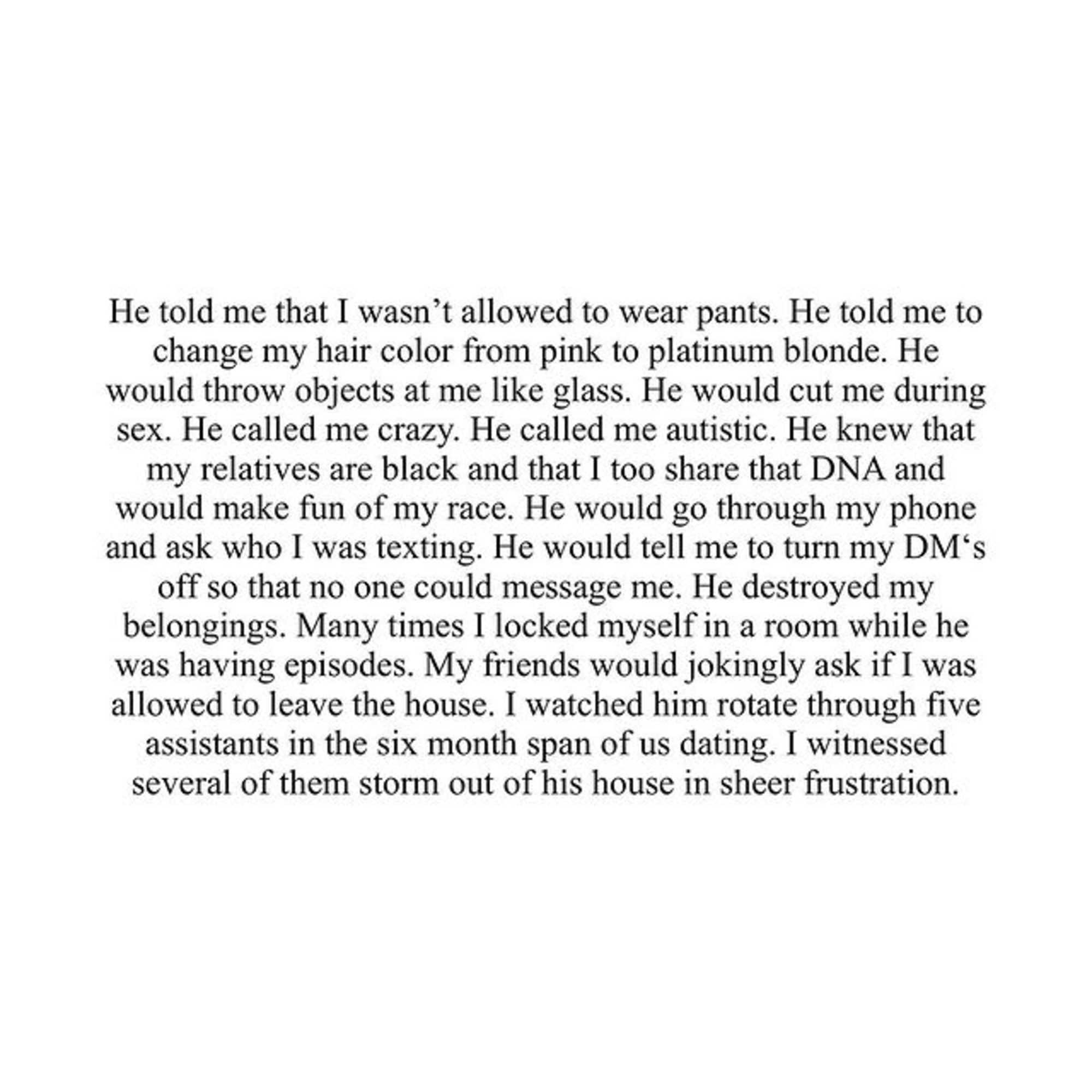 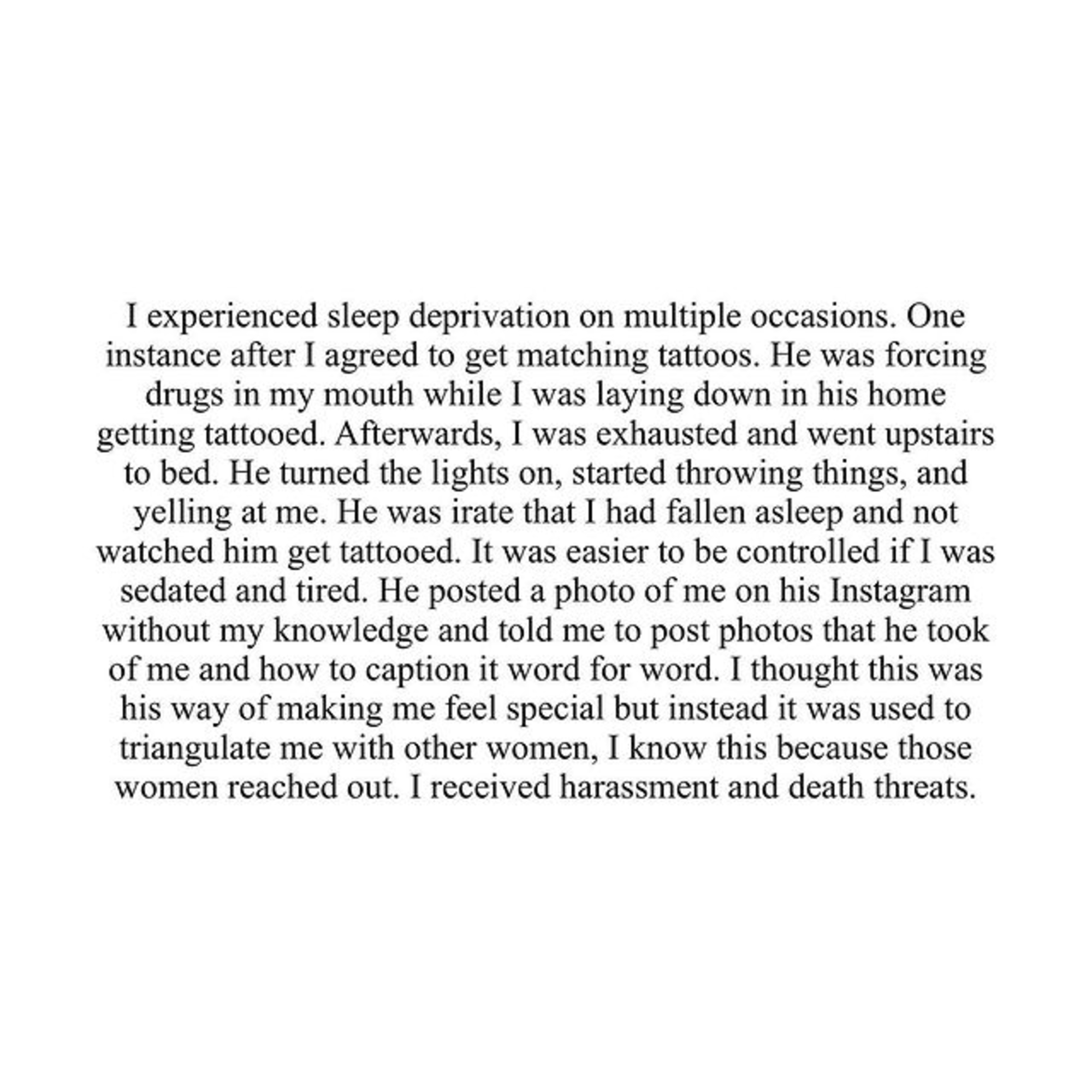 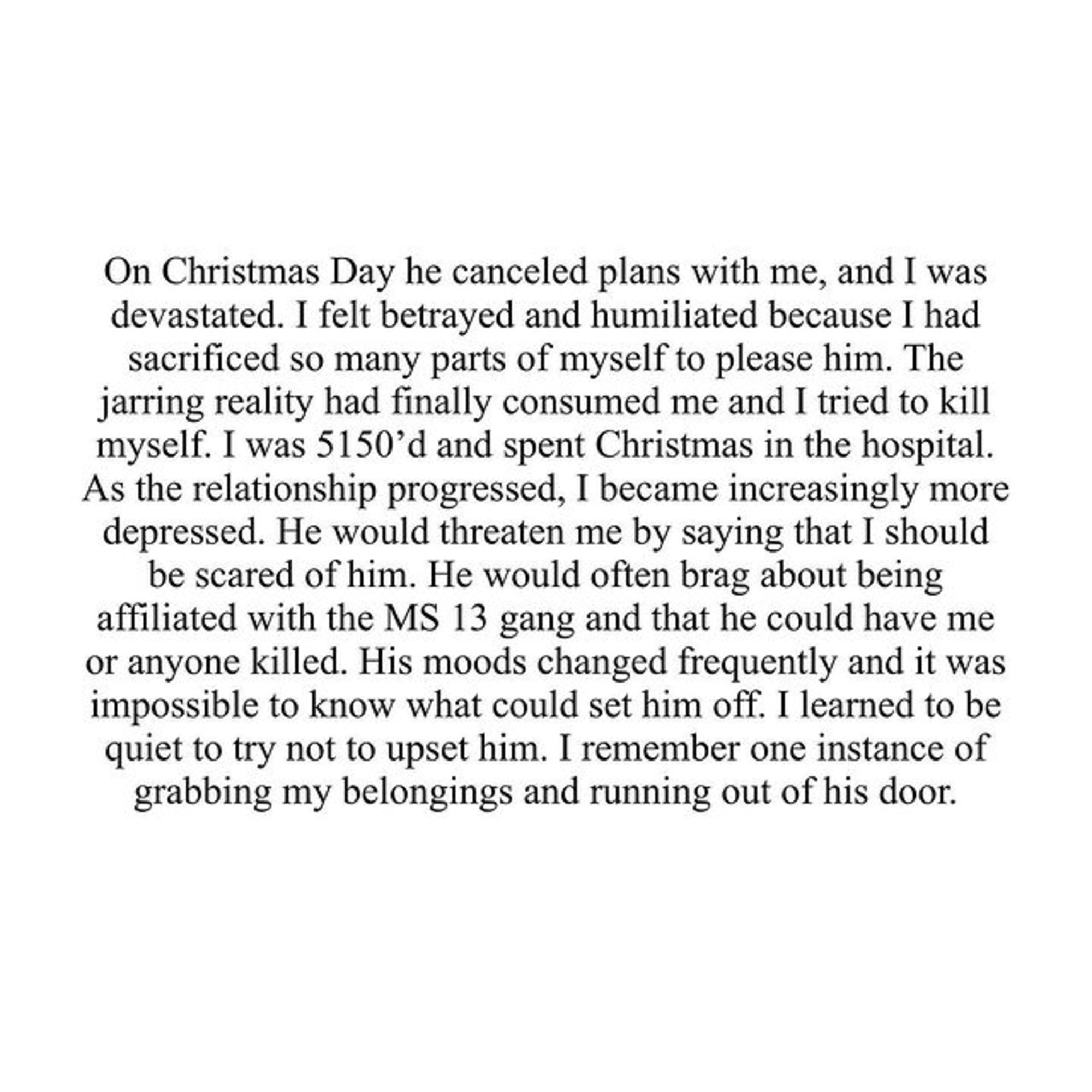 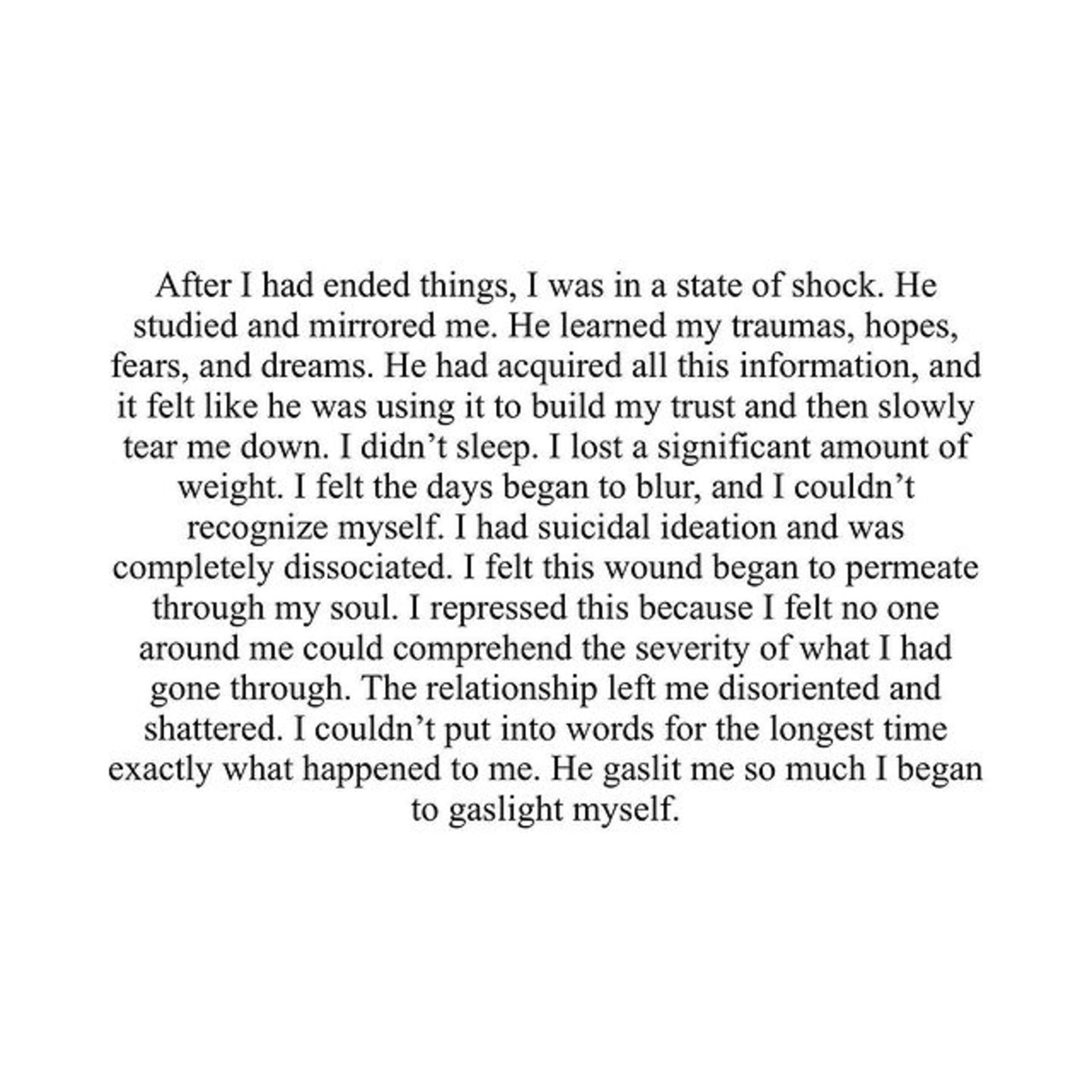 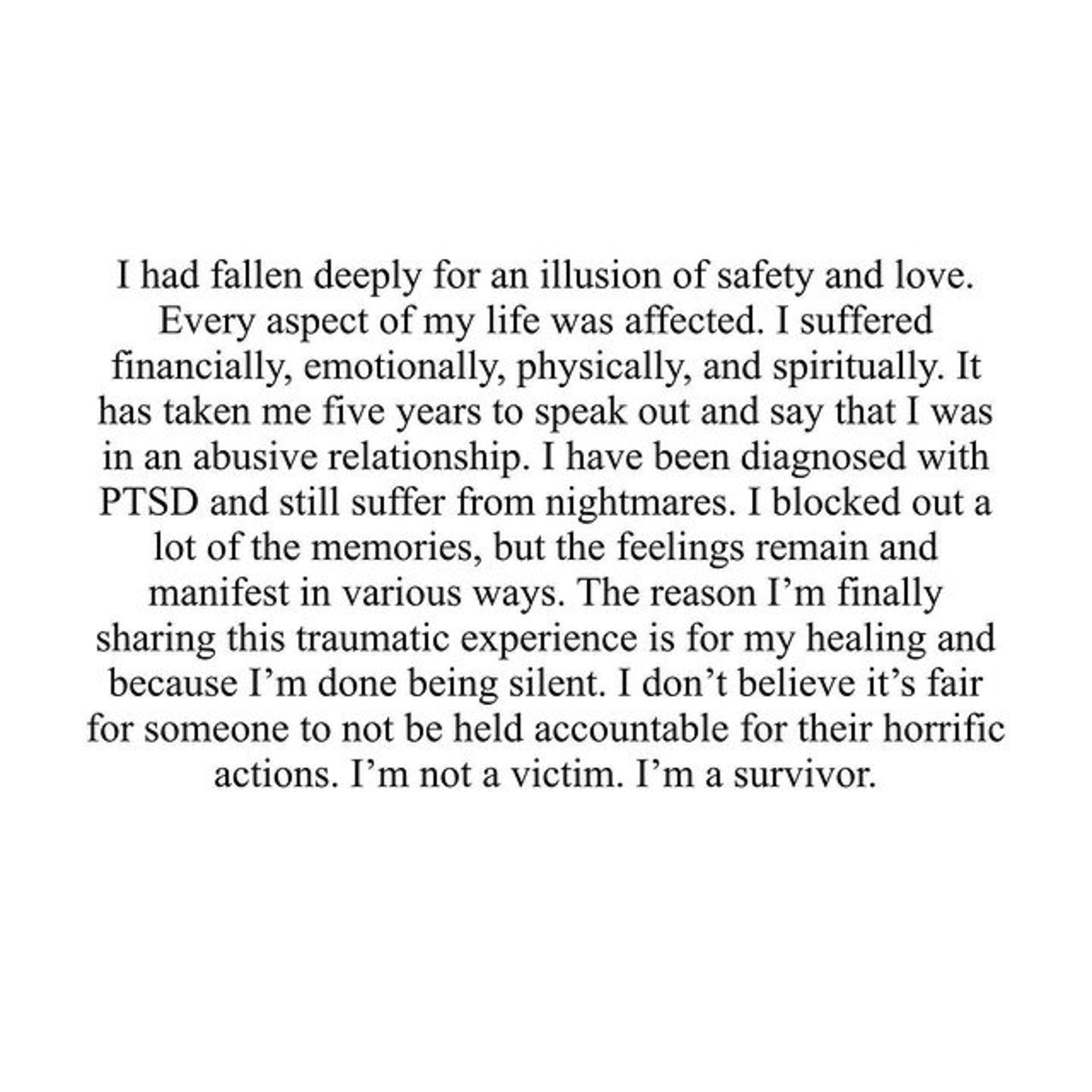 Gabriella shared the same sentiment as the other women and said that the reason she was coming forward now was to hold Marilyn Manson accountable and to warn others.

The reason I’m finally sharing this traumatic experience is for my healing and because I’m done being silent. I don’t believe it’s fair for someone to not be held accountable for their horrific actions. I’m not a victim. I’m a survivor.

What do you think about Gabriella’s abuse allegations against Marilyn Manson?

At this time, Marilyn Manson hasn’t responded to any of the allegations that were made on February 1, 2021.