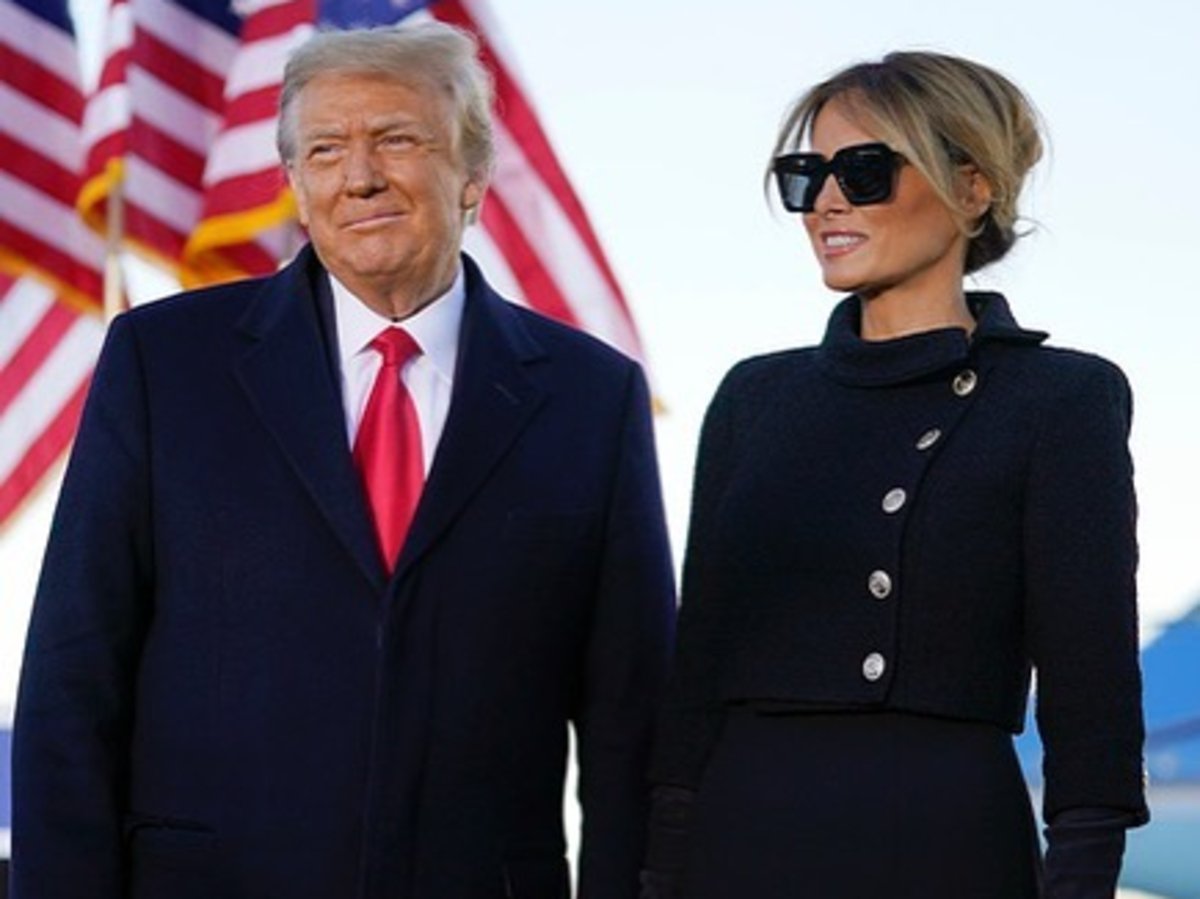 On January 20, 2021, President Donald Trump and First Lady Melania Trump departed the White House for their final time. They greeted the press who stood outside the White House equipped with cameras in hand and beyond a barricade for one of the final acts of Donald Trump in office.

Donald Trump and Melania Trump stopped along the red carpet that was rolled out for his departure and he spoke his final words to the crowd.

It’s been a great honor. The honor of a lifetime…We’ve had an amazing four years…I just want to say goodbye, but hopefully, it’s not a long term goodbye. We’ll see each other again.

The couple boarded Air Force One where they journeyed to Maryland’s Joint Base Andrews where they once again, spoke to the crowd. This time, Donald Trump was reunited with his children who held instrumental roles in his administration: Ivanka Trump and her husband Jared Kushner, Donald Trump Jr., Eric Trump, and his youngest daughter Tiffany Trump. Barron Trump wasn’t present.

It was an emotional moment for the Trumps who held fast to their father’s claim that the election had been stolen from him — even though there was never credible proof or evidence of the claim. It was evident that the family was sad their father’s reign had come to an end and the children were teary-eyed, including Ivanka Trump who was seemingly overcome with emotion.

Tiffany Trump, whose mother is Marla Maples, also stood by and watched with tear-filled eyes as her father thanked his supporters and vowed that he would continue the work he started, in some form or another.

There was a stark difference between President Trump’s final farewell speech and that of President Joe Biden‘s presidential inauguration (that Donald Trump uncharacteristically chose not to attend) as the adults chose not to wear face masks. However;  Ivanka’s young sons did wear the protective coverings.

You may see video footage of President Donald Trump and Melania Trump as they left the White House for the final time and made their way to Joint Base Andrews on Air Force One below.

You may see President Donald Trump’s final remarks as president below.

Donald Trump and Melania Trump flew from Maryland to Mar-a-Lago in Palm Beach, Florida, where the two will return to their lives as citizens.

Donald Trump was impeached for a second time and is facing a Senate trial that is expected to take place as soon as Congress feels the time is right to begin those proceedings.

What did you think about President Donald Trump’s final farewell speech? Were you surprised that he chose not to attend President Joe Biden’s inauguration?