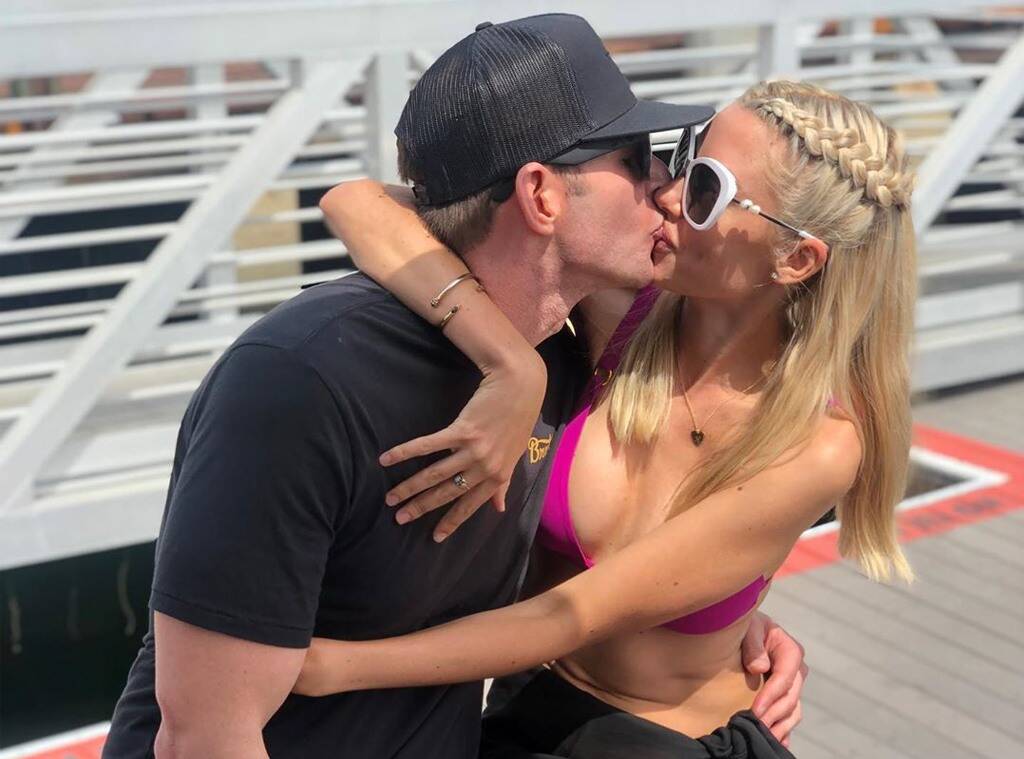 Tarek El Moussa took to his platform of choice to gush over his fiancee, Heather Rae Young, showing how much he loves her even though Valentine’s Day is still weeks away! Check out what he had to say!

Tarek was not too shy to show off his romance with Heather when he posted a wonderful tribute to the woman his heart has chosen, earlier today.

Among other things, he noted that the day before, they had reached a nice milestone – 18 months together and he could not help but celebrate it.

‘It’s incredible to think how much life can change in a short period of time. Yesterday was our 18-month anniversary and I love this girl more and more by the day! I came home with @heatherraeyoung after four days of dating, she moved in, and we just never looked back. She’s exponentially improved the lives of everybody in my family. Everyone said that I was crazy but here we are engaged almost 2 years later. She is our rock, best friend, and my hunny bunny. We love you to the moon and back,’ he wrote in the caption.

Finally, he concluded his loving letter with: ‘Can’t wait to take more photos like this in such fun places like New York City! I cannot wait to continue to build a life with you. You make me a better man.’ Aww…

This love declaration comes a few months after, in October, the Selling Sunset star confirmed she and Tarek El Moussa had chosen a wedding location and had set the date!

Then, that same month, Tarek opened up about the wedding plans during an interview for Daily Pop and he expressed just how excited he was for the nuptials!

When it comes to filming the wedding, Tarek said they were thinking not to do it but he did stress it was not a sure thing so fans might still be able to see them say ‘I do.’ As you might know, the man did propose on camera.