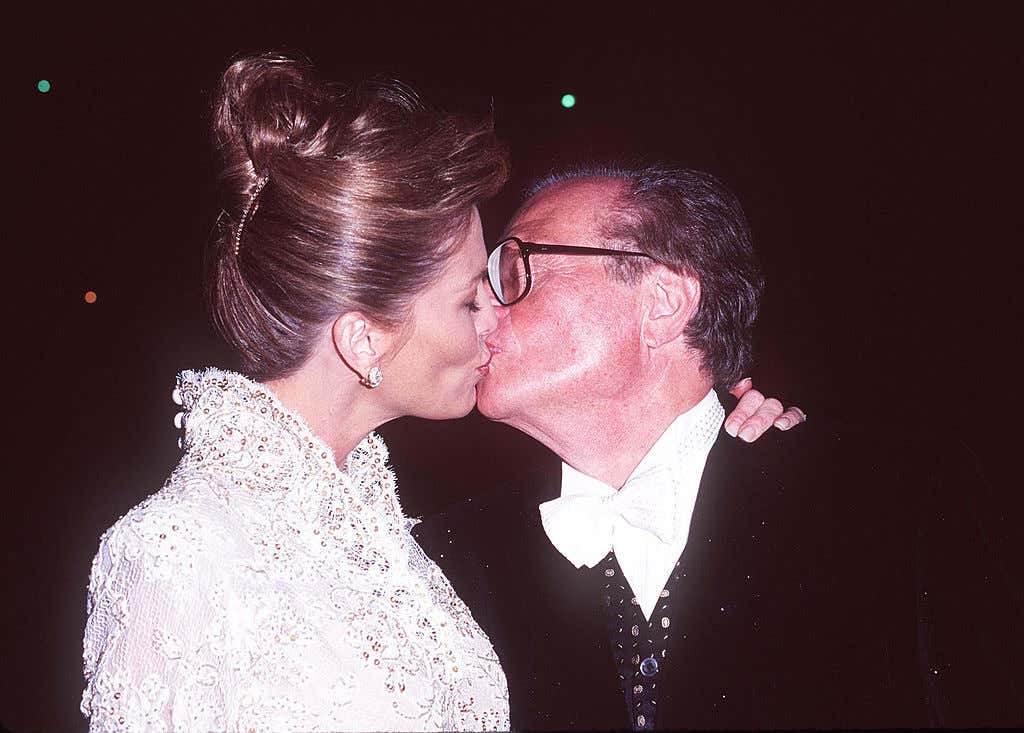 Followers of the news media know Larry King, the longtime host of Larry King Live on CNN, passed away earlier this year after a years-long health struggle. Additionally, Mr. King fought with the coronavirus as well, although, he didn’t succumb to it.

Page Six says that rather than stay quiet about the death of her estranged husband, Shawn King came out earlier this week to share what Larry had to say on his deathbed. According to Shawn, she spoke with Larry on FaceTime shortly before he passed.

She says he said to her, “I love you, take care of the boys.” During a chat with reporters from Entertainment Tonight, Shawn explained how Larry was resilient until his final moments. She and the notorious broadcaster shared two children, including a 21-year-old named Chance and a 20-year-old named Cannon.

Larry has other children as well, including a 59-year-old named Larry King Junior whom he had with Annette Kaye when he was married to her. As it was previously reported, Larry passed away on Saturday morning in a LA hospital at the age of 87.

Julia Alexander said to reporters from The Post that Larry had died from coronavirus complications, however, Shawn said this wasn’t true. He died from sepsis rather than COVID. According to Shawn, Larry didn’t want to die but his “sweet little body” was slowly succumbing to all of the illnesses he has had over the years.

While he was resilient, Shawn says when she and her family members heard the word, COVID-19, from the doctors, their hearts sunk because they realized it was unlikely he would make it out alive.

Regarding their divorce, Shawn explained how she and Larry never finalized it. It seemed as though she and the notorious broadcaster would stay together forever because they were partners in everything.

Shawn went on to say that she learned how death was “maybe the great equalizer,” because once someone passes away who is close to everyone, all of the drama and other “noise” kind of just fades away in the background as if it was really never that important.