Reginae Carter Flaunts Her New Cleavage While Working Out - Check Out Her Tiny Waist As Well - yuetu.info 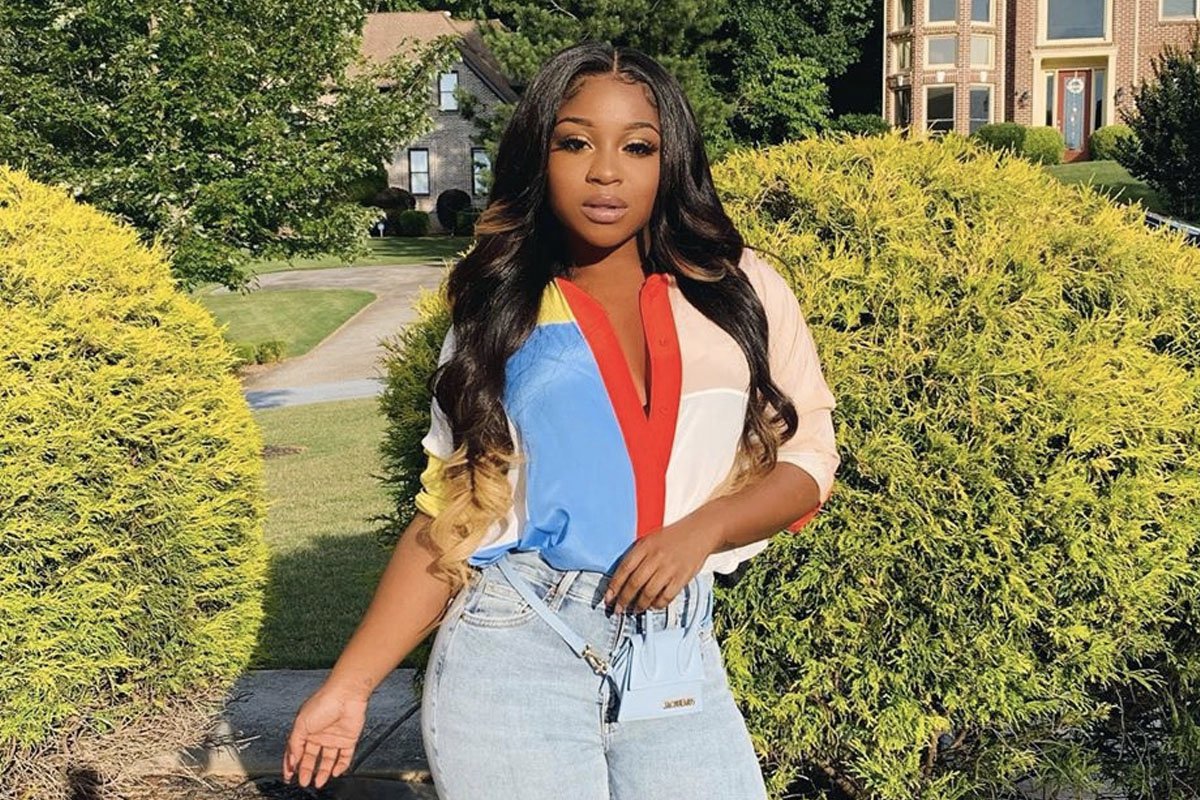 Reginae Carter underwent a breast augmentation procedure a while ago, and now she is showing off the results as much as she can on social media. Check out the post that she shared on IG below.

‘#whatwaistofficialpartner–Don’t lose momentum in your new year’s fitness goals! #Reginea’s here to give you that extra push today while wearing her ThermaTech™ Vapor Define Band from @whatwaistofficial. The double straps are removable and allow you to adjust them to where YOU need support in your midsection. Get you a band that works as hard as you today at whatwaist.com!’ TSR captioned.

A follower said: ‘she look stressed like she been crying or sum😭’ and someone else said: ‘How she gon give us an extra push she couldn’t even push herself…she pushed it to the operating table.’

A commenter said: ‘Anyways these waist trainers companies need to stop lying to us Plus Size girls my waist trainer never looks that good on me it be all under my back fat and things LOL😂.’

Someone else said: ‘Y’all go get your body done then start working out makes no SENSE.’

A follower said: ‘She not even really squatting. Can’t blame her, after like 10 yrs in gym I’d give into surgery too,’ and a follwoer said: ‘You a clown tryna throw shade but she has lost a lot of weight prior to getting work done.’

In other recent news, Nae’s BF YFN Lucci, the 29-year-old rapper turned himself in to authorities after they announced they were going to press murder charges against him.

Rayshawn Bennett, who goes by the stage name, YFN Lucci, has been accused of driving the getaway car following a shooting that left one person injured and another one dead.