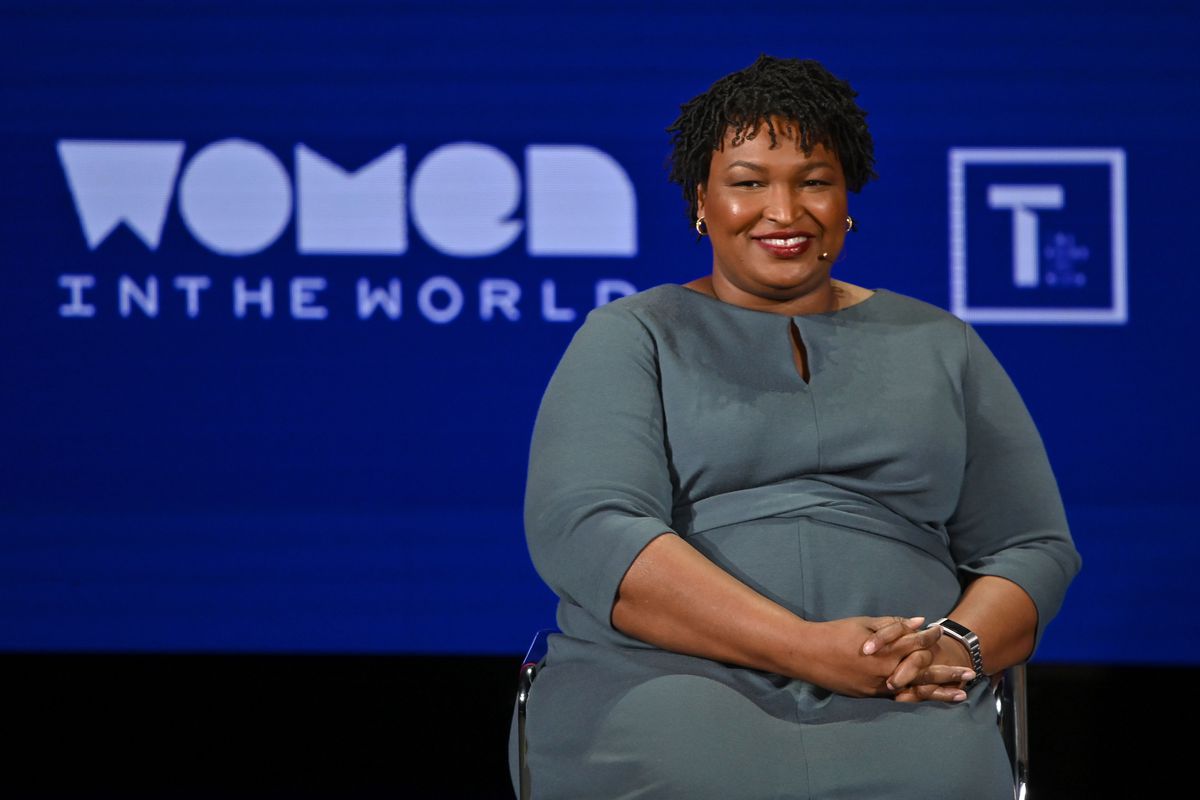 Porsha Williams is celebrating these days, and she made sure to share a message on her social media account, along with a photo featuring Stacey Abrams. Check out her post here.

‘Thank you for our victory today over the Senate !! #MyHero 🙏🏾🙌🏾👑🐐 #StaceyAbrams #GeorgiaOnMind’ Porsha said.

Someone else posted this message: ‘Stacy a beast they stole the city from her, so she just took the whole state,’ and a commenter said: ‘He said her name in his speech 3 times today 🤣OH HE KNOWS HER NAME 👑💜💪🏿🙌🏿.’

Someone else posted this: ‘Can we please stop! We both have small children. I respect the new president even though I did not vote for him. I have confidence in@him as I did other democratic presidents. Please PEACE!’

A commenter posted this message: ‘Porscha God is up to something. Victory is ours said the lord.’

Another follower said: ‘I am so looking so seeing where she is appointed to .. within this Presidency…’ and somoene else posted this: ‘That is the look of watching the chickens come home to roost. @porsha4real so proud of the work you have done.’

Someone else said: ‘Tell KFC that I want them to know it was me who ate all of their chickens. 🤣’ and a commenter posted this: ‘We must continue to keep her in our prayers @staceyabrams🙏🏾.’

A fan said: ‘Thank you for your hard work in bringing us to Victory.’

In other news, Porsha Williams celebrates the victory of senator Jon Ossoff.

She shared a praising message in his honor on her social media account, and you can check it out.