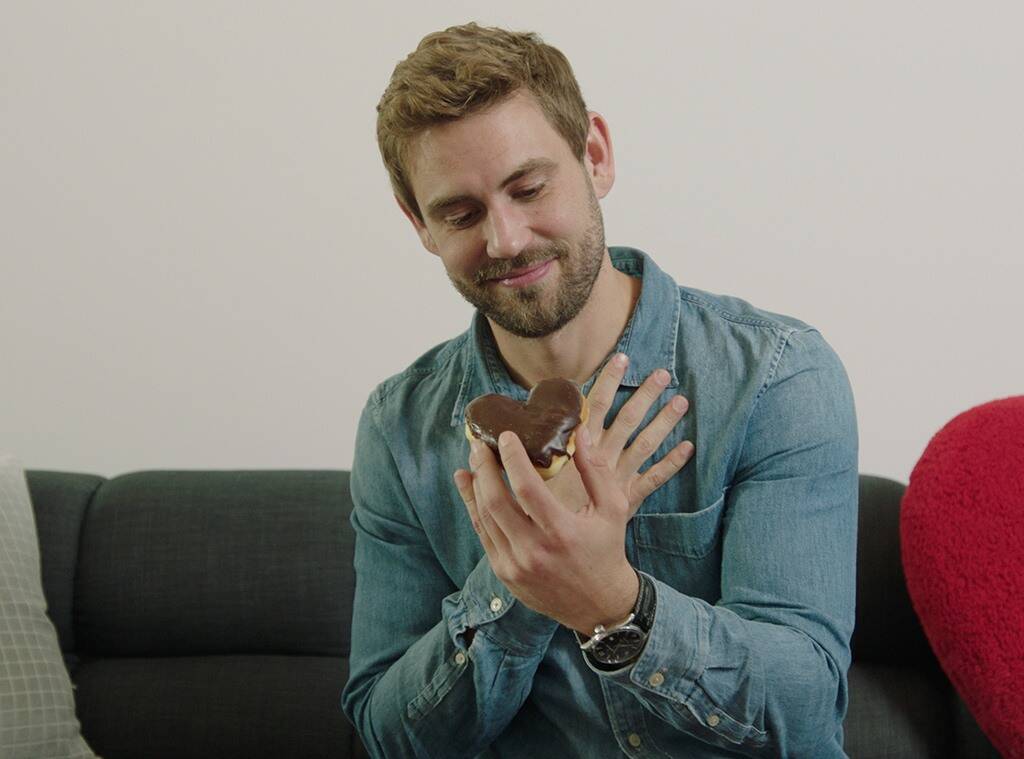 Nick Viall and Natalie Joy made their romance Instagram official in a super fun way! Natalie took to her IG Stories to share a cute video in which she can be seen trying to kiss the former Bachelor star while he was gaming in VR!

What a wonderful way to ruin someone’s virtual reality experience!

It is safe to say that Nick did not mind the sweet PDA, as seen in the clip.

Furthermore, fans were excited to see that the two are much more comfortable showing off their love online.

This probably means that they are getting more serious, and who knows? – Nick might not be a bachelor for much longer if things continue this way.

In the video, Natalie leans down over his shoulder, her lips puckered for a kiss.

But, of course, since Nick was wearing a VR headset, he did not kiss her back, although he did sense she was super close to him, which is why he told her: ‘You’re freaking me out. I’m gonna die.’

The couple went on to have a laugh together over the situation.

Fans have been suspecting that the two are dating since they were caught by the paparazzi out and about together in L.A. earlier this month.

Now, the clip that made its way on social media seems to confirm that they really are together.

Furthermore, Nick joked about an unnamed woman on his IG earlier today.

He wrote: ‘When you ask her what she wants for dinner and she says ‘I’m fine with anything’… We both know ‘anything’ doesn’t mean wings.’

As for Natalie, it is known that she is also friends with Sarah Hyland since the two spent New Year’s Eve together.

This might mean that this is how she came to meet Nick since he and Sarah’s man, Wells Adams, are both Bachelor Nation stars.