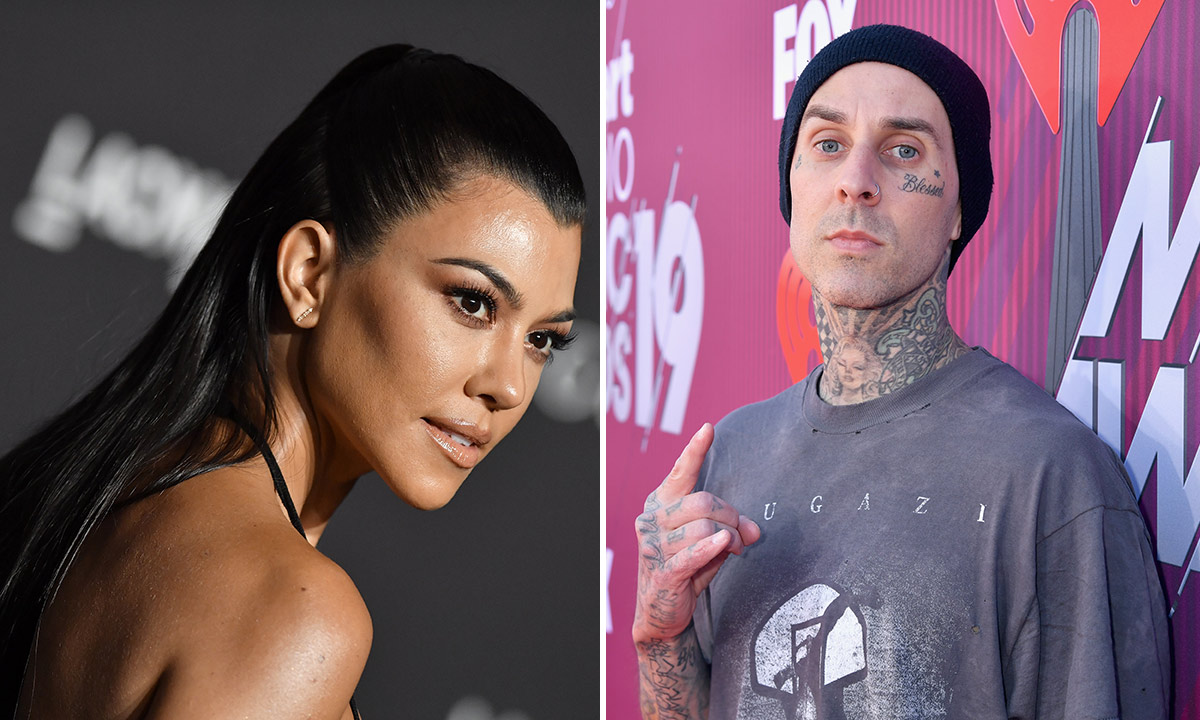 Three years after original dating rumors surfaced, Kourtney Kardashian has been spotted in Palm Springs with Blink 182 drummer Travis Barker. This time — sources have confirmed that the two are more than just friends.

Kourt and Travis’ kids hang out together often. In 2018, the two seemed to be getting comfortable with each other but the Kardashian shut romance speculation down.

It was also said that each time Scott Disick saw the pair hanging he would grill her about the status of their friendship.

Hollywood Life reports: ‘Kourtney and Travis are in Palm Springs together. They’re staying with Kim Kardashian and the rest of her family at least through the weekend. They’ve been together now for about a month or two. It’s still pretty new. There is a lot of chemistry between those two. They’ve hooked up a lot over the years, but right now they’re dating.’

Scott must see her relationship with Travis as a legitimate threat because a source has explained why he’s feeling uneasy.

‘With every other guy that Kourtney has dated, Scott knew it wouldn’t last long. However, Kourtney and Travis have a solid foundation and friendship which leaves him feeling uneasy. He knows that they wouldn’t start dating unless they thought it all the way through because they wouldn’t want to ruin their friendship. Plus, their kids are very good friends which could make things get messy if they were to break up. Scott thinks that his chance of getting back with Kourtney in the future may be over if the relationship with Travis becomes permanent.’

Both Scott and Kourtney have only had one serious relationship outside of each other.

Kourtney dated Younes Bendjima for quite some time while Scott dated Sofia Richie.

Currently, Disick is believed to be dating Amelia Hamlin. However, this new union seemingly has him rethinking things.