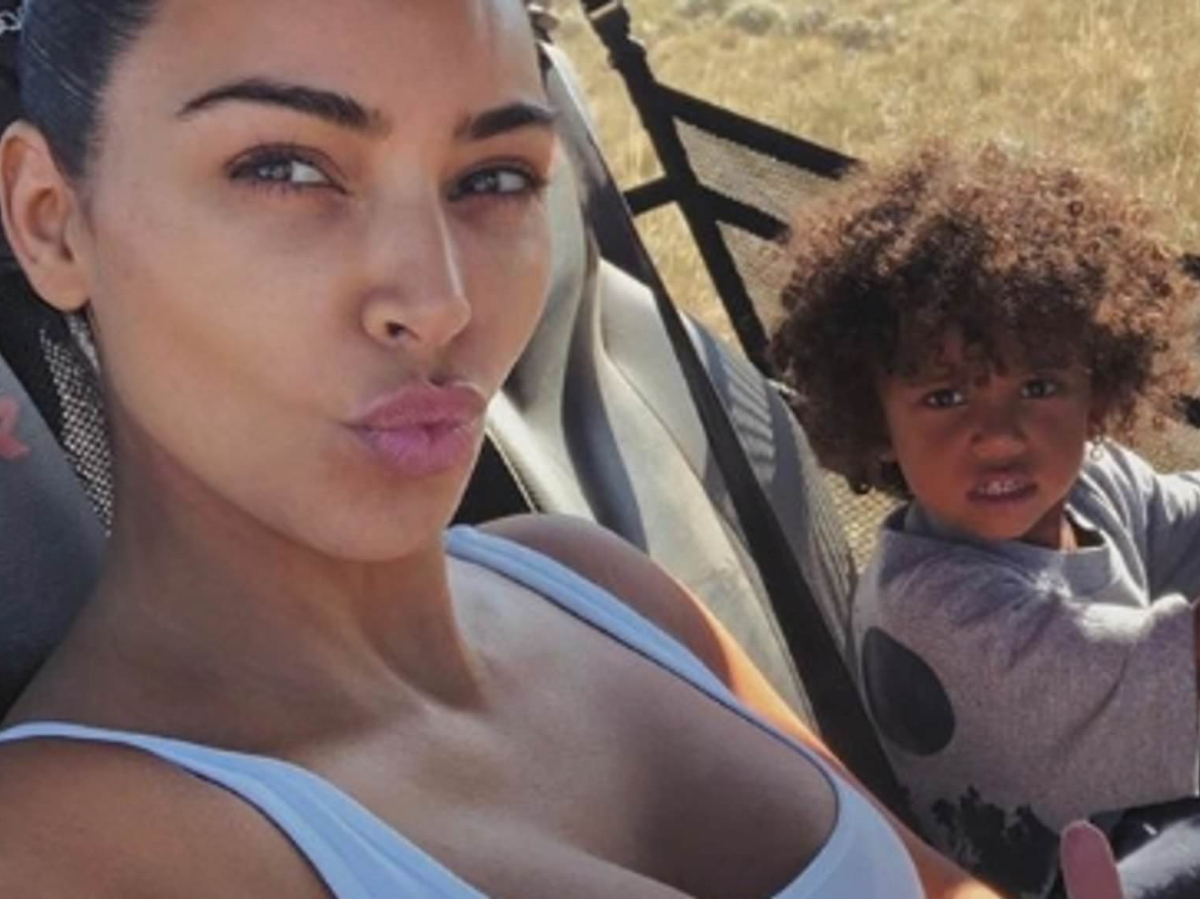 Kim Kardashian’s five-year-old son Saint West is known for his beautiful curly hair and a great smile. Now, Kim has revealed that her little boy took a pair of scissors to his head and gave himself a haircut and it all happened on New Year’s Eve! Kim documented the event on her Instagram story where she has over 197 million followers. It isn’t uncommon for children to get a hold of a pair of scissors and cut their hair but this was the first time that Kim has mentioned something like this happening with one of her four children.

The shocking event transpired right at the holidays and it must have been difficult for Kim as she strives hard to maintain an impeccable image with the public. She often shares a family Christmas card that consists of a photo of herself with her children but this year, things have been different.

The Kardashians and Jenners didn’t hold their usual celebrity-attended Christmas Eve party or have their family photographed for an extended Christmas card. Kim hasn’t been photographed once with Kanye during the holiday season as rumors that the two are living separate lives abound.

The closest thing to a Christmas card that Kim Kardashian shared was a photo of herself with the children at her older sister Kourtney Kardashian’s Christmas Eve party. Saint was in the photo and hadn’t cut his hair. You may see that photo below.

On New Year’s Eve, Kim Kardashian shared a photo of a child’s pair of red-handled scissors and a clump of black curls. 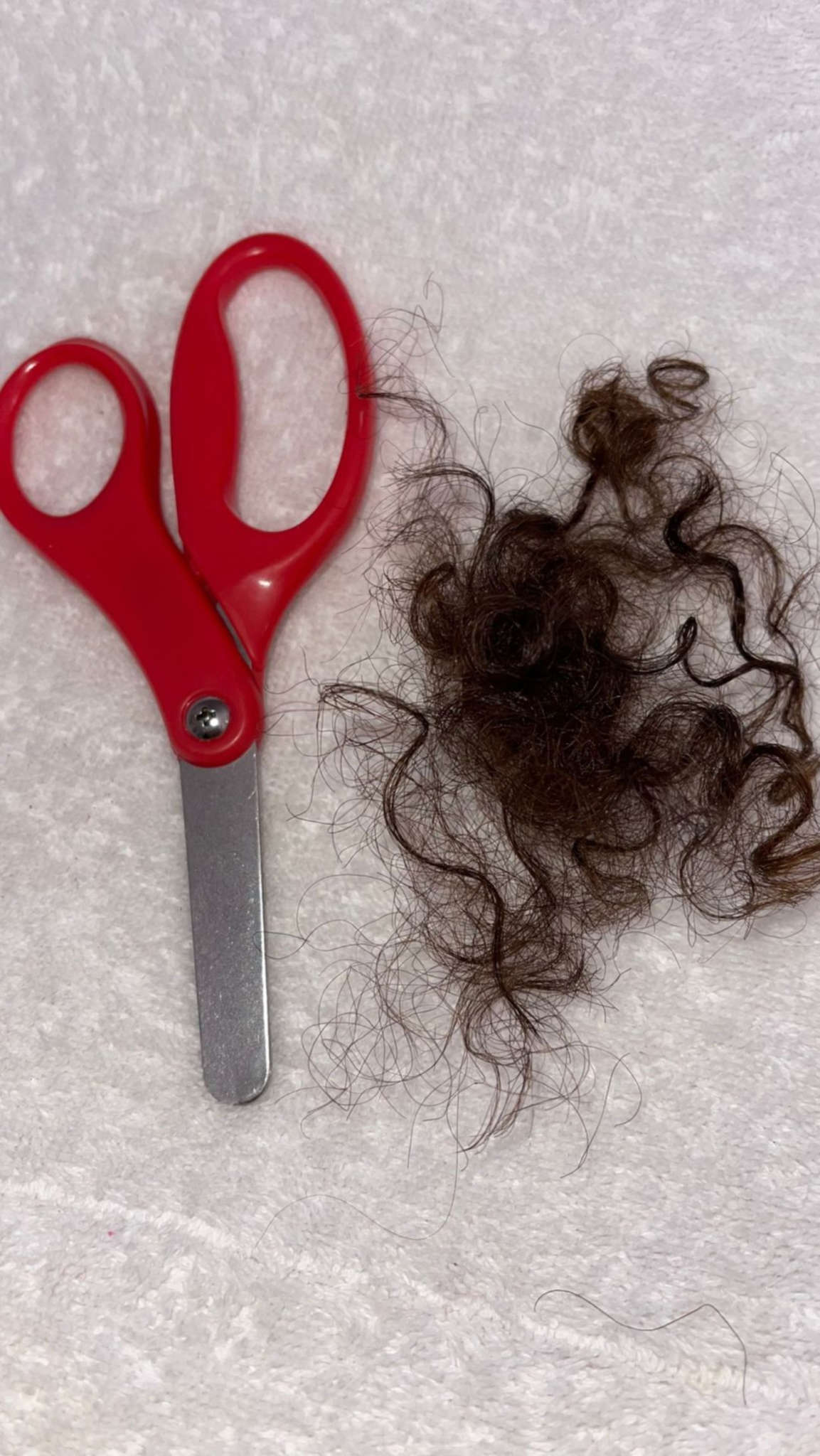 Kim also shared another photo of Saint West where she drew a blue circle around the area that was missing hair. 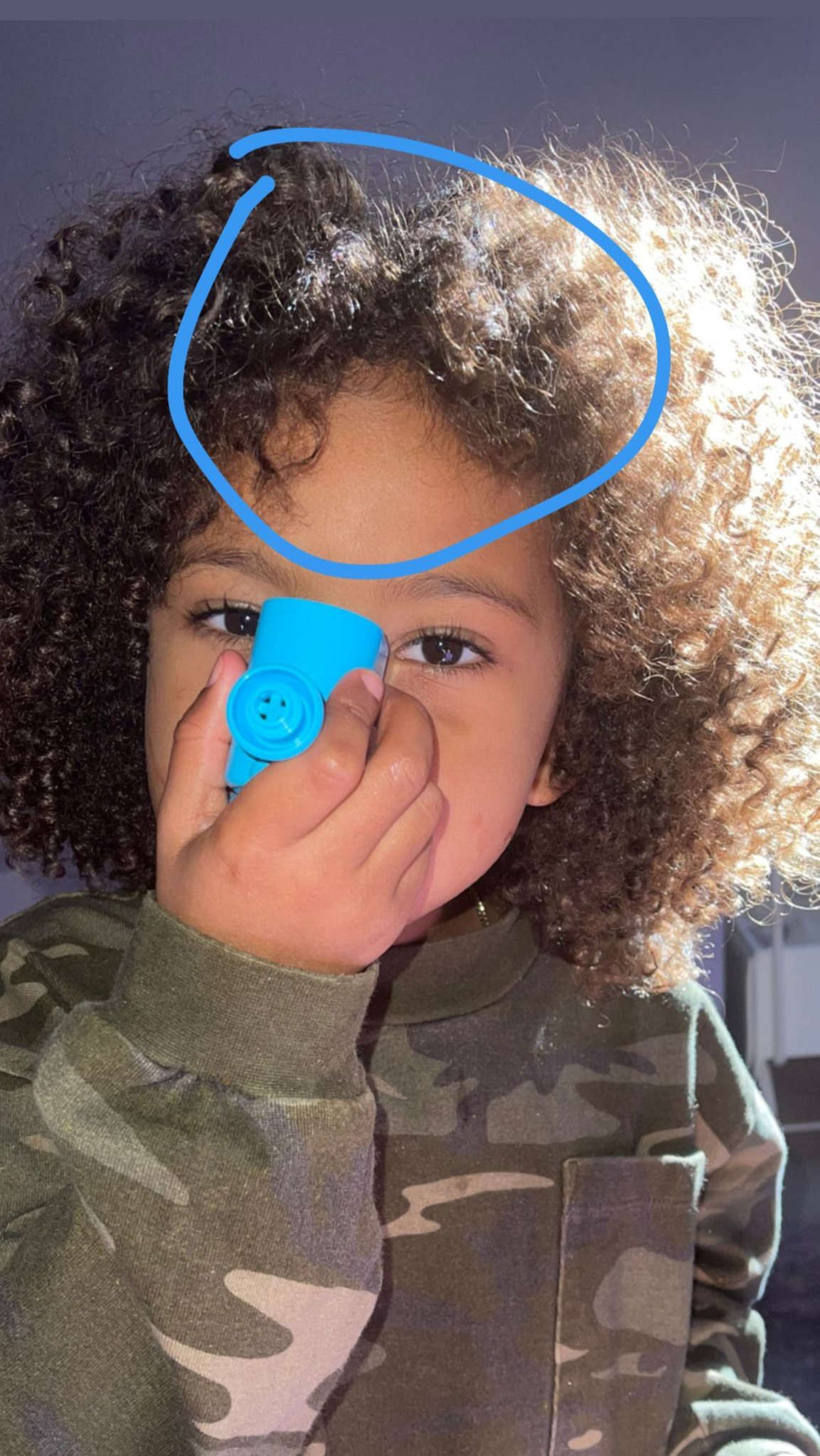 Kim also shared a second photo without the circle and though the first photo revealed that Saint had cut a good amount of hair from his curly locks, it wasn’t very noticeable. She wrote on the second photo: ‘Still looks cute tho.’ 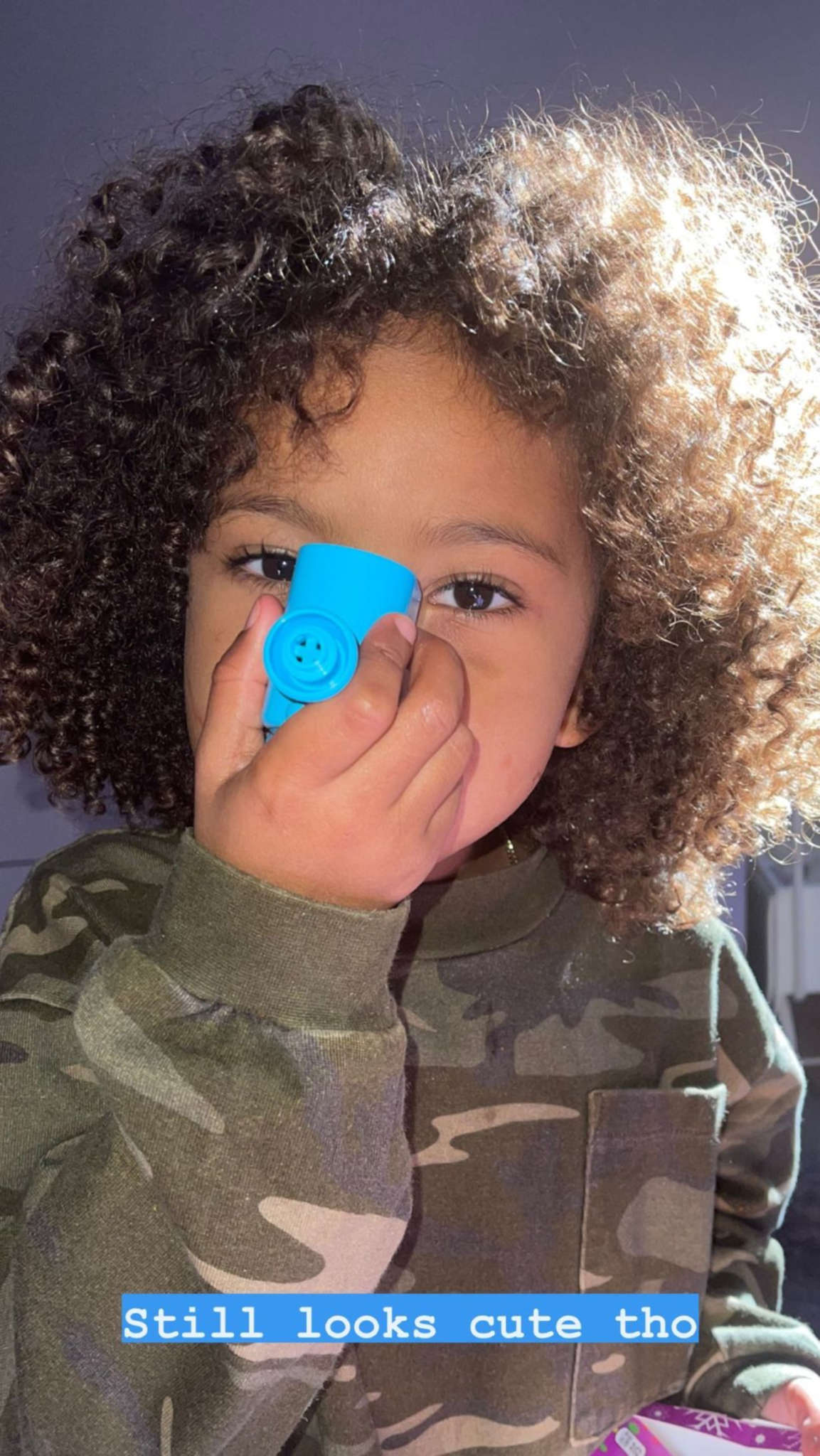 One of the advantages of having curly hair is that it is easy to hide mistakes and mishaps such as Saint’s. If Saint’s hair had been slick straight, the missing hair would have been obvious.

You may see a photo of a smiling Saint West below. 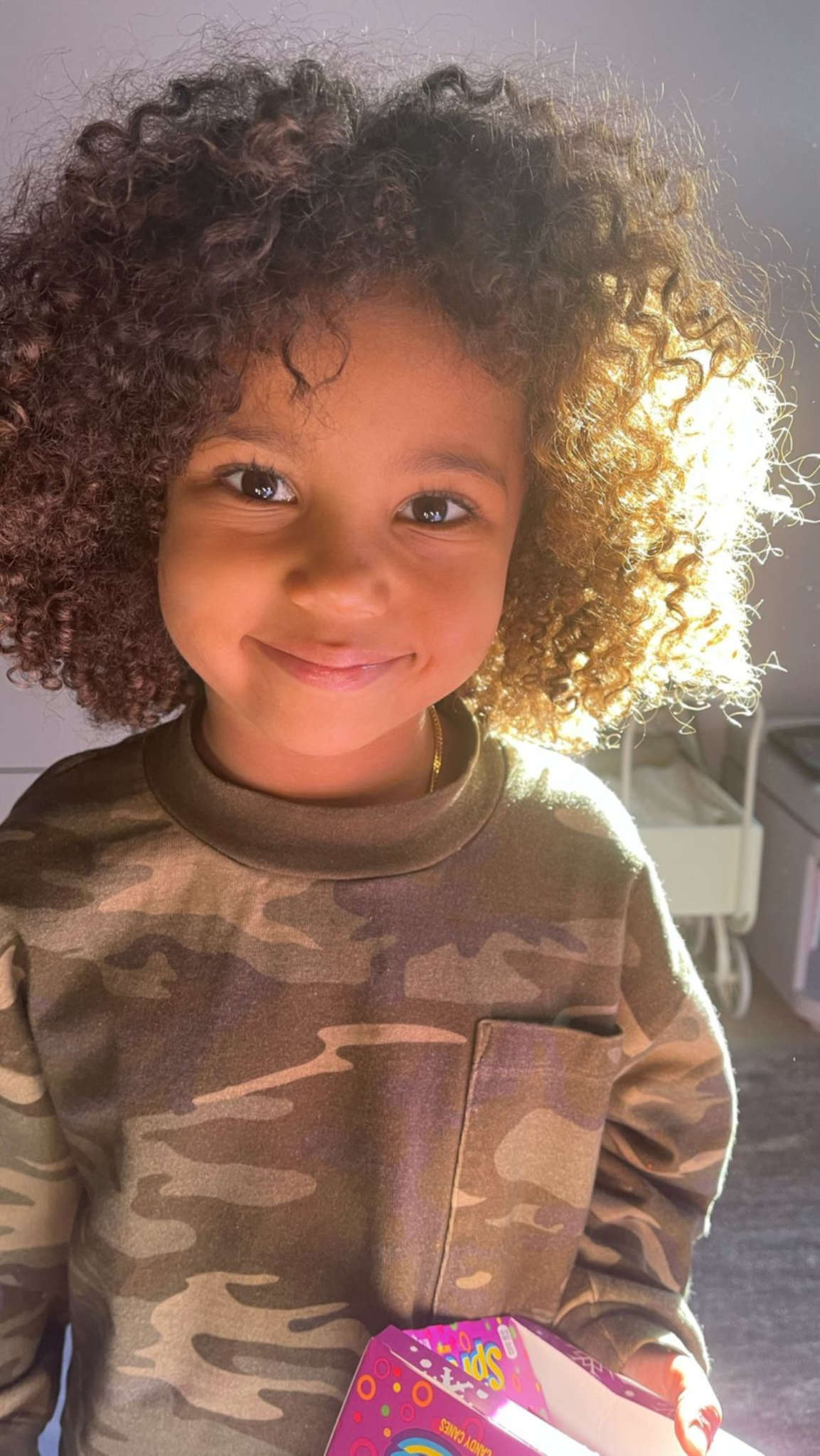 What do you think of Saint’s hair-cutting accident with a pair of child-proof scissors? Has your child ever cut his or her hair?