Jen Psaki Grabs The Attention Of ‘Scandal’ Fans Who Can't Get Over How Much The New White House Press Secretary Resembles Abby And Even The Character Reacts! - yuetu.info 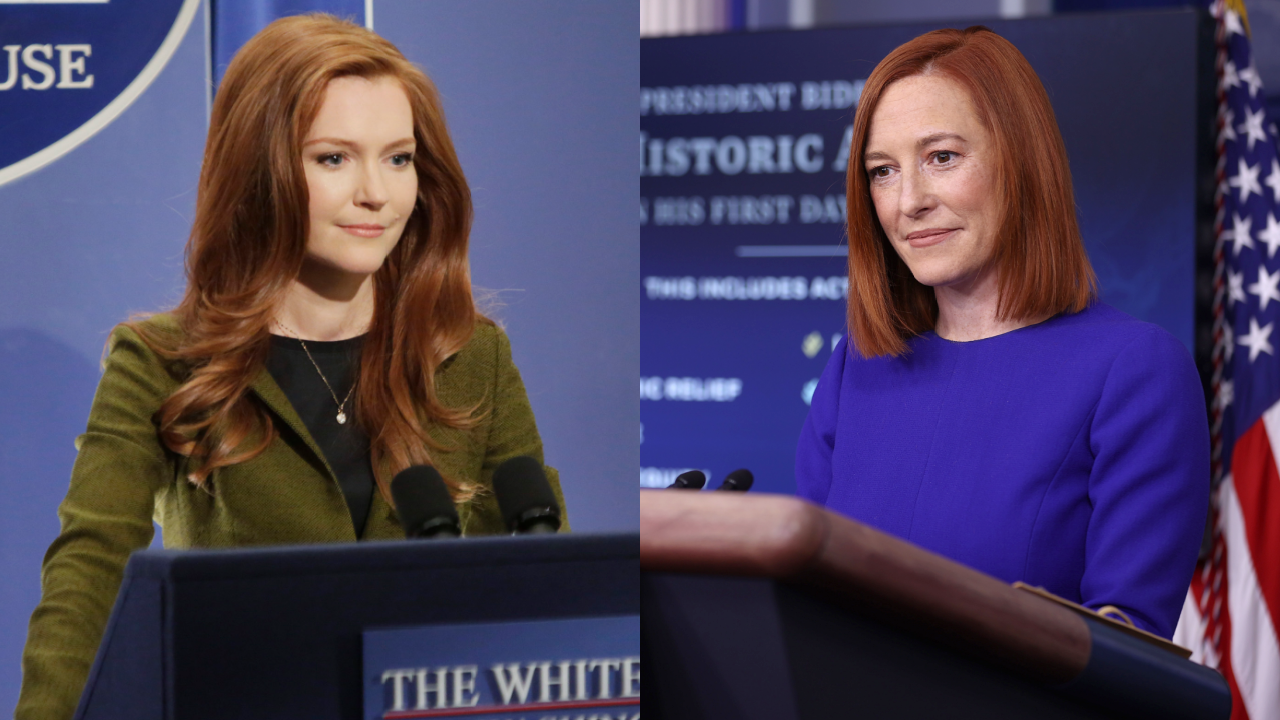 Jen Psaki’s the new White House press secretary now that Joe Biden is officially the President of the United States and after her first briefings this week, people took to social media to discuss just how much she reminds them of ‘Scandal’ character Abby Whelan, played by Darby Stanchfield! With that being said, Psaki managed to make quite the impression and even the actress reacted to the comparisons, choosing to give the real life press secretary some advice in a playful post.

Fans of the show did a double take this week, seeing Jen Psaki behind the podium and quickly took to Twitter and other platforms to gush over getting a real life, (albeit some called her more ‘boring,’) Abby from ‘Scandal!’

What’s even more interesting, aside from their physical appearance similarities, such as the red hair, is that Abby is the White House press secretary in the show as well, before going on to become chief of staff.

One user tweeted: ‘Jen Psaki is giving me boring Abby Whelan vibes and I’m LOVING it.’

Another felt the same as they wondered in another post: ‘Did we get our real life Abby Whelan? Lol.’

A third person even theorized that Scandal creator, Shonda Rhimes herself was behind Joe Biden’s pic of Jen with the intention of recreating the popular show in real life!

‘The new press secretary looking like Abby Whelan. I see you Shonda!’

And the tweets about the similarities even managed to reach Darby who hilariously tweeted as the character of Abby, writing: ‘Dear @PressSec, #1- If your boss ever forgets your name, slap a name tag on. (Fitz called me ‘Gabby’ for WEEKS) #2- Do not get power hungry and try to get your friend killed. It won’t go well. #3 – No such thing as too much hairspray. Ever.’

And that was not all! In true Abby fashion, she signed her post with: ‘Best, ‘Red’ aka Sassy Abby Whelan.’