Halsey Is Pregnant With Her First Child — Who Is Her Baby Daddy? - yuetu.info 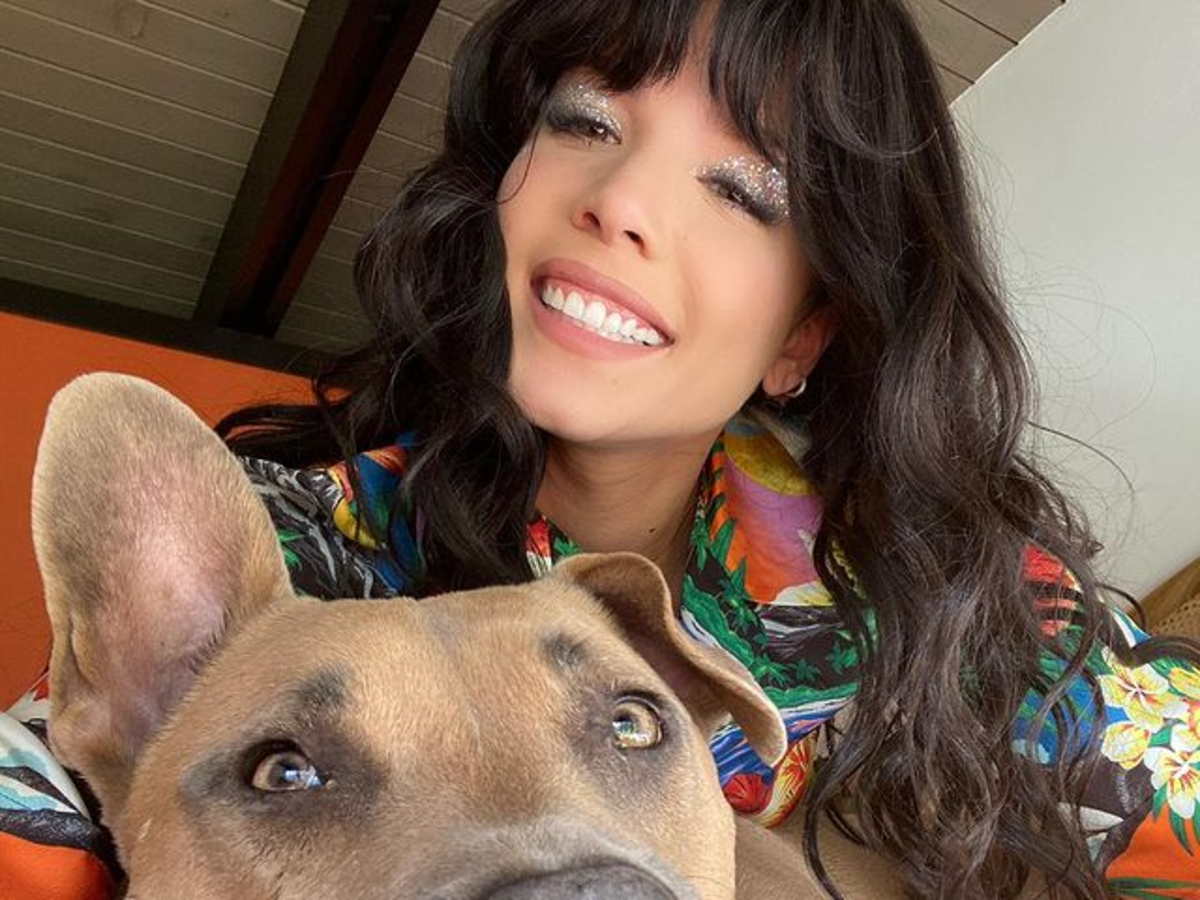 Halsey is pregnant with her first baby and people are asking who her baby daddy is. The 26-year-old singer, writer, and artist has been in several recent relationships including with Yungblud and Evan Peters and the first question people wanted to know was who the father of Halsey‘s baby is! Well, it’s come as a bit of a shock to many as Halsey has only been low-key dating him. Halsey’s baby daddy is 37-year-old Alev Aydin and according to reports, the two are excited about the baby, even though their relationship isn’t that long.  Halsey hasn’t announced how far along she is, but she clearly has a baby bump so it isn’t like the couple has only been together for a month or two.

Halsey revealed the shocking news by sharing a photo album on her official Instagram that featured three pictures. In the first picture, Halsey wore a pair of ripped, Levi’s 501 jeans with a rainbow, crochet top. She posed while seated on a white, satin drape and put her baby bump on full display. Halsey shared a caption that simply said: ‘surprise’ and featured three emojis featuring a baby bottle, a rainbow, and an angel. She credited the photographer as Sam Dameshek. You may see her caption below.

Sam Dameshek also shared the photos on his official Instagram account and included this sweet caption to the new mom-to-be.

Check out the photo below. 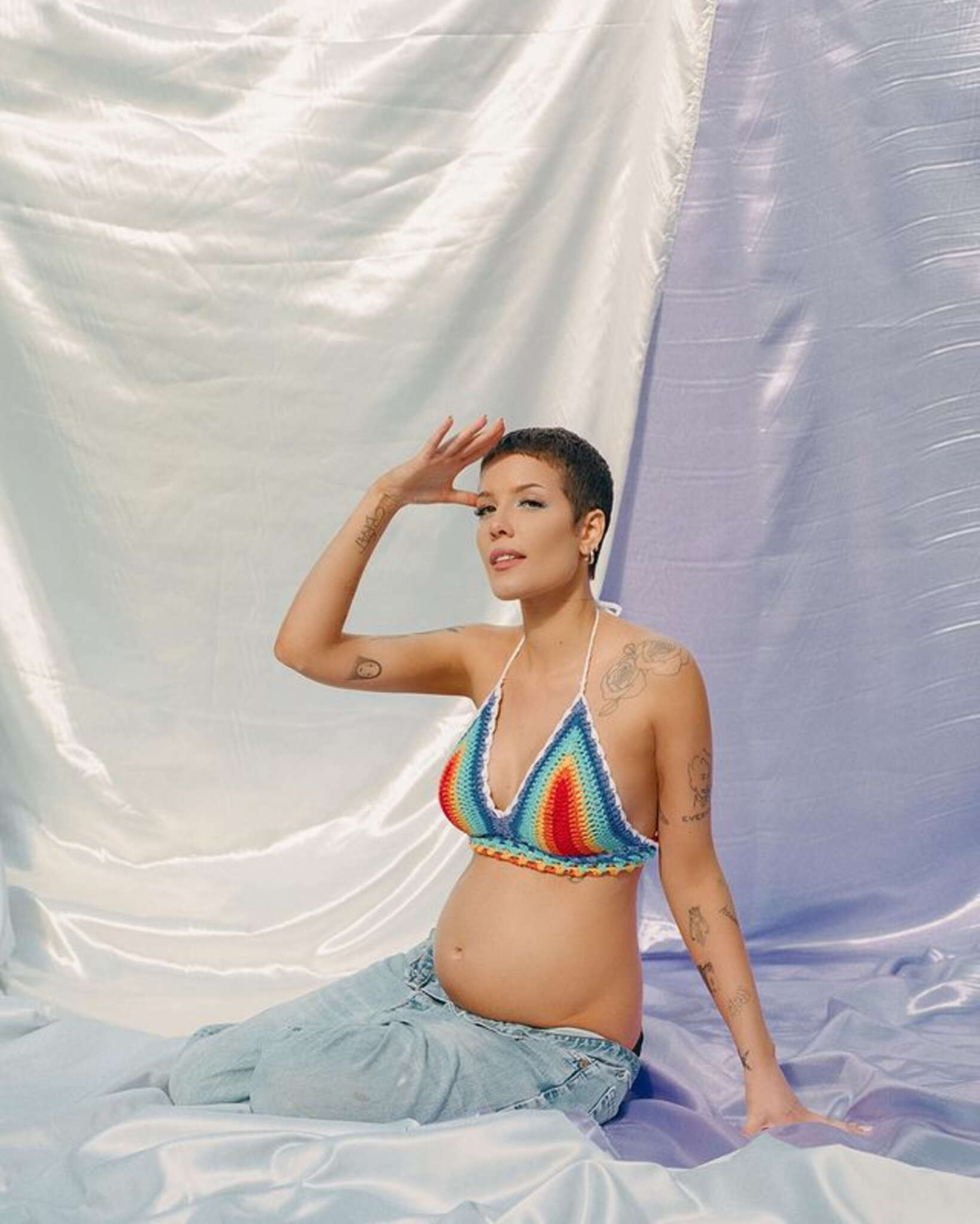 Halsey dropped her top for the next two photos and Sam zoomed out for a wider shot. You could see the backdrop that was set up for the epic photoshoot and baby reveal.

Halsey’s pregnancy comes after she revealed that she suffers from endometriosis that can make becoming pregnant and carrying a baby to full term challenging. For the 26-year-old, this baby is definitely a blessing and she looked gorgeous in her photos as she made the stunning announcement. 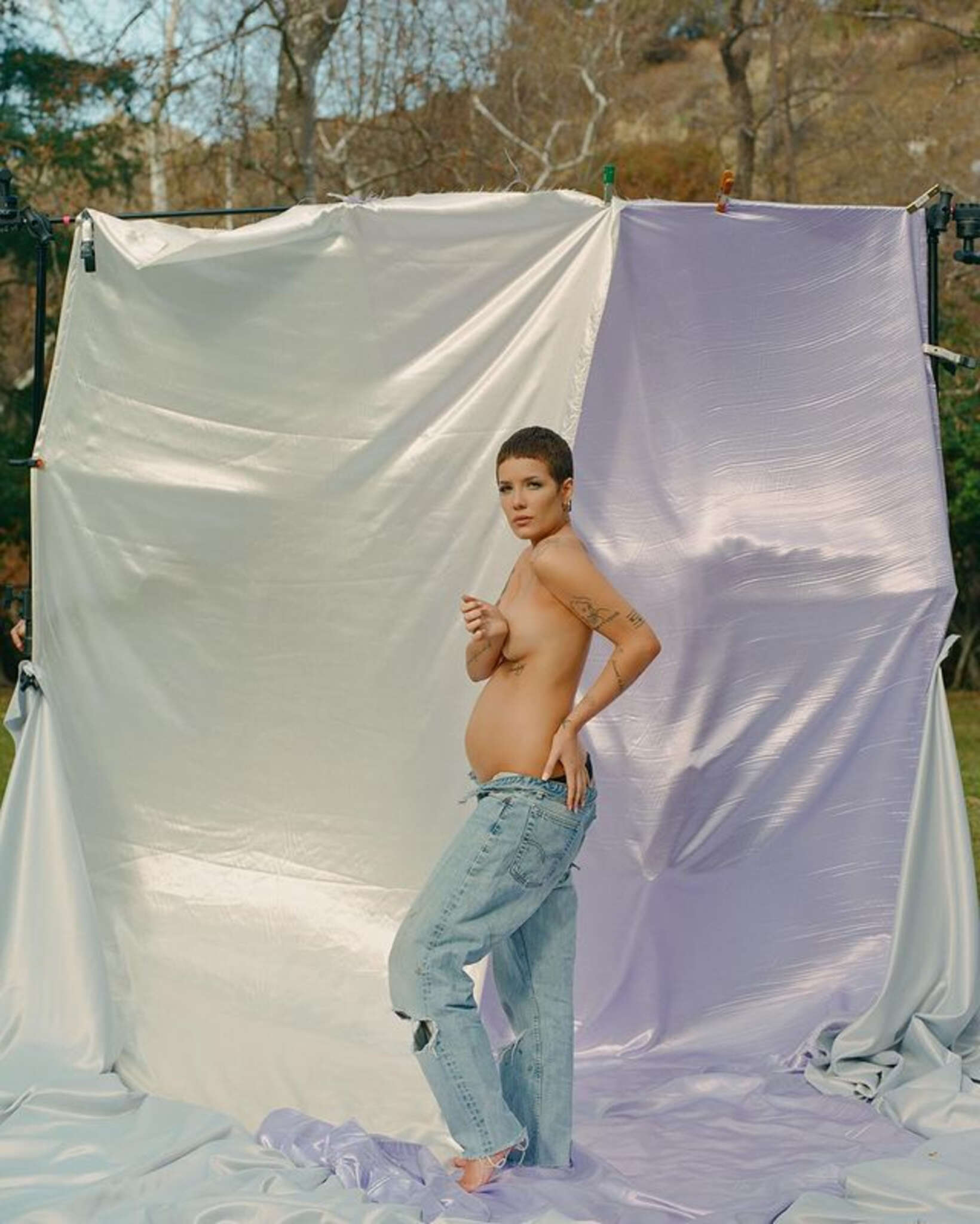 For Halsey’s third and final photo she sat down and folded her arms across her bare chest to protect her modesty. Her rounded baby bump was easy to see and it appears that Ashley is in her second trimester. 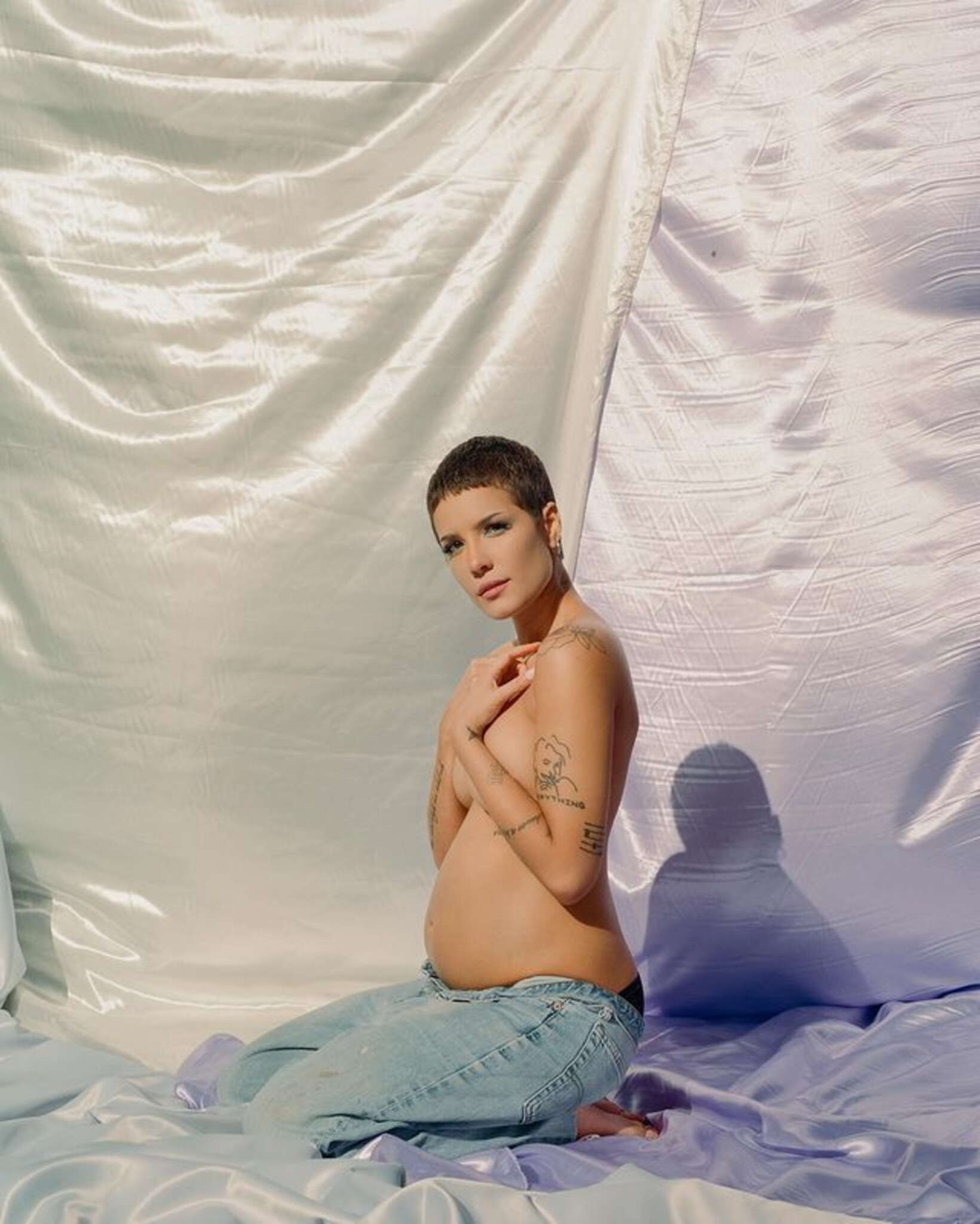 What do you think about Ashley’s stunning news that she’s pregnant with boyfriend Alev Aydin’s baby?