Ben Affleck Struggles To Balance Coffee And Packages While His Pants Threaten To Fall Down - Pics! - yuetu.info 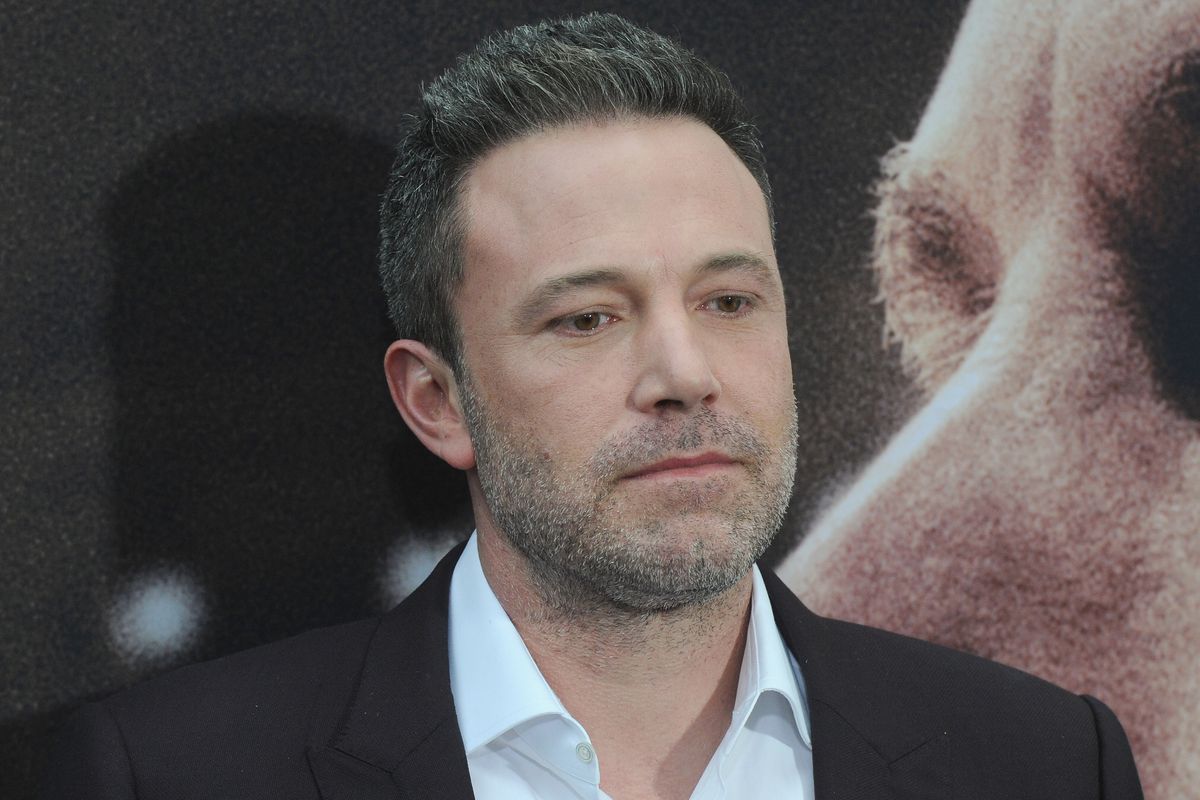 Ben Affleck grabbed social media’s attention once again while out and about! The actor was struggling to balance a bunch of packages and his coffee at the same time all the while his pants were ready to say goodbye!

Life be like that sometimes, especially for Ben Affleck lately, it seems!

The star was photographed looking disheveled and trying his best to balance a number of packages while also sipping his favorite Dunkin’ coffee and he had a little accident perhaps even more eye-catching than the last when he nearly dropped his coffees and donuts.

That’s right, in pics that quickly made their way to social media, Ben Affleck’s pants can be seen slowly falling down since he had no practical way to grab them with all that stuff he needed to hold.

It was definitely a delicate situation that happened right outside his house in L.A. and online users had a field day memeing the mishap again.

At the same time, Ben did not seem too worried about his behind getting exposed and his packages he could barely hold because he still made sure to take a sip from the ice coffee that was poorly balancing on top of the packages – impressive!

As he bent down to grab everything and take them inside his home, the actor’s Old Navy boxer briefs showed at the back of his jeans, the paparazzi capturing the moment. 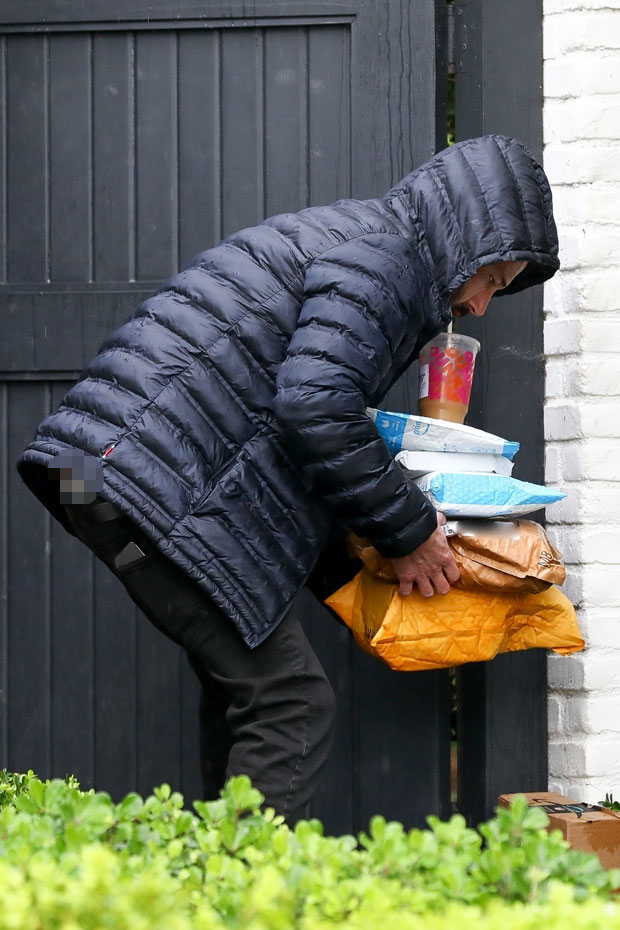 The unshaven Ben was also wearing a black puffer jacket, his hood raised over his head to protect him from the rain.

As he noticed the photographers standing nearby to once again catch him in an embarrassing situation, Affleck gave them a small smile, however, proving he did not mind it too much. 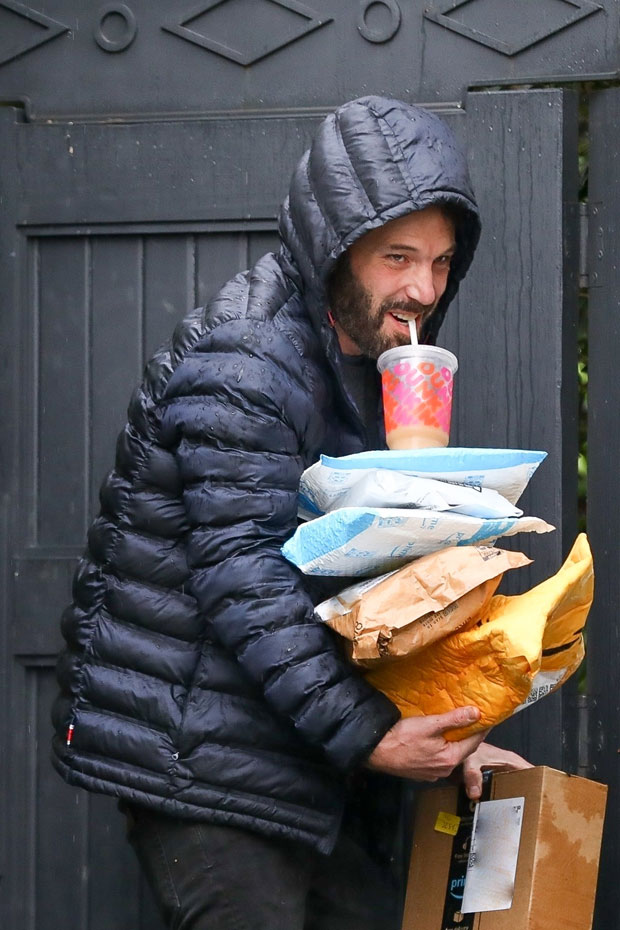 These pics come not too long after the actor and his girlfriend of almost a year, Ana de Armas, broke up.

One insider previously shared with PEOPLE that it was a mutual decision and that they are simply ‘at different points in their lives.’