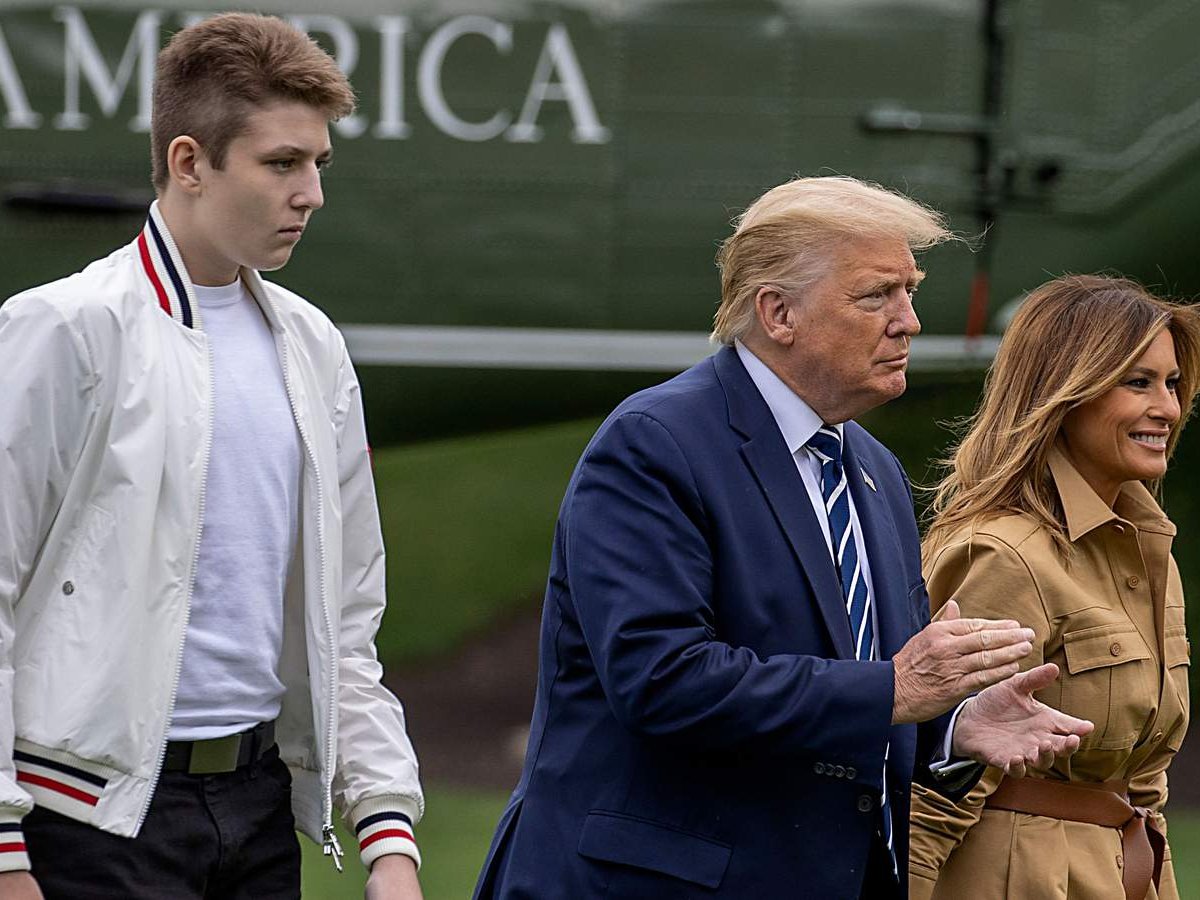 On January 20, 2021, President Donald Trump and Melania Trump departed the White House, boarded Air Force One, and arrived at Joint Base Andrews, Marland where he delivered his final address to the United States. People were quick to notice that while his family stood by teary-eyed in the crowd, Barron Trump was nowhere to be seen. Donald and Melania boarded the jet without Barron and social media erupted with memes comparing the scene to that of the movie Home Alone.

The Trumps made no mention of Barron or where he was and the memes are flooding sites like Twitter where people are suggesting that Donald and Melania forgot their well-over-six-foot 14-year-old son at the White House.

One person joked that Barron made his parents ‘disappear’ just like Kevin thought in the movie Home Alone. You may see two tweets that are going viral on social media below.

Barron right now "I made my family disappear!" pic.twitter.com/T1M9gSz21L

Donald Trump broke with tradition and refused to attend the inauguration ceremony for President Joe Biden and Vice President Kamala Harris. The move has left a stain on his presidency as the symbolic meaning of presidents attending the inauguration of the next president is the backbone of American democracy. It is what separated America from countries ruled by dictators and kings as it was the people who institute a new president. The transference of the presidential office shows that America protects its democratic institution above and beyond personal and political agendas.

That wasn’t the case with President Donald Trump who left early in the morning, held a brief farewell, and refused to mention President Joe Biden by name.

Donald Trump repeatedly held that the election was ‘stolen’ from him though there was never any evidence to back up the claim and all of his attempts at winning legal victories over his allegations failed.

Barron Trump is most likely in Mar-a-Lago where his family flew to. The Trumps are relocating to Florida with reports that Ivanka and Jared Kushner plan to settle in Miami.

Donald Trump was impeached for an astonishing second time and will appear before the U.S. Senate for a trial when Congress deems they are ready to move forward with their proceedings against the 45th president.

Were you surprised that Barron Trump wasn’t in attendance to see his father and mother leave the White House?